HomeResourcesAI & Machine LearningArtificial Intelligence Isn’t the Scariest Threat to Our Jobs: This Is

Artificial Intelligence Isn’t the Scariest Threat to Our Jobs: This Is 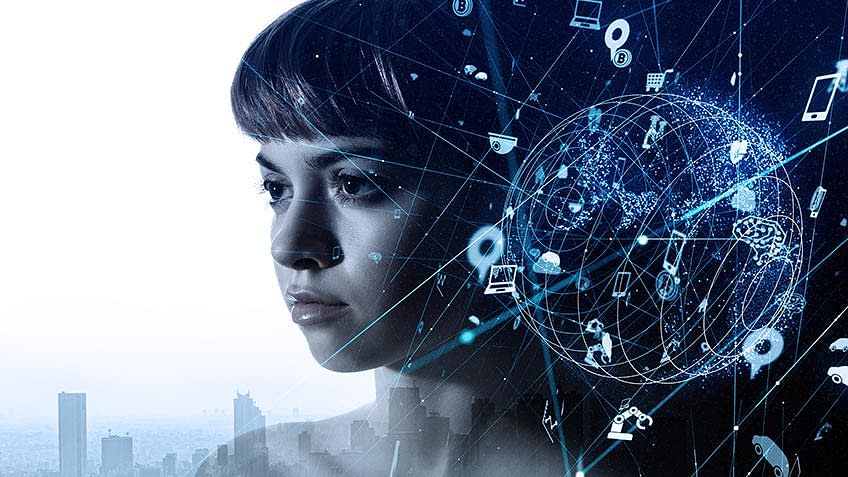 By now you’ve seen at least one headline about how Artificial Intelligence will do away with all our jobs. And to some degree it’s true. The change has already been happening for years now and will continue to do so. But the job loss we’ll see due to these emerging technologies is not the biggest threat to our jobs and what we consider “normal” employment. The very nature of work is changing, and that’s what we must prepare for. That’s the real threat.

And really, will we lose that many jobs that aren’t replaced with new ones? Gartner predicts 2020 will be a big year for Artificial Intelligence (AI), with 2.3 million jobs created while 1.8 million are eliminated. But we’re still 500,000 ahead, and the jobs created will be higher-value, skilled jobs while those eliminated will be repetitive, low-skill tasks. That should make AI a little less scary.

Even when we see the math, however, we’re still nervous because it’s a big unknown. One in four Americans believes their job will be eliminated in the next 20 years. One in eight believes it will happen in the next 5 years.

Is AI all Bad?

Although it’s scary, AI is not all doom and gloom. AI will make life better, and not just for the many businesses that will streamline processes, decrease errors and reduce costs by implementing AI technology. We already enjoy some of the benefits of AI in our personal lives when we rely on our smartphones and smart homes. Our world is now a safer place with AI used in aviation and for security. In the future, AI will improve the efficiencies of our cities, our healthcare, and maybe even the health of the environment. It promises to do away with drudgery and make more meaningful work possible, and that in and of itself is huge.

Speaking of work, AI is also creating jobs and will create more, as Gartner predicted. One study found jobs were created at the majority of companies that had implemented AI. As smart as AI might be, the technology still needs people to make it work. In fact, we already have a shortage of skilled employees: every year we have more AI jobs posted—and not enough qualified applicants to fill on the roles.

If AI Isn’t Scary, What Is?

Despite all this good news, we’re still nervous. AI is scary to us because we fear the job loss, but AI isn’t the big threat. What’s really scary is the speed at which everything is changing, the unknowns that loom on the horizon, and that permanent full-time jobs will no longer be the norm. The very nature of work is changing. That’s what is so scary.

As technology evolves, the rate at which it involves increases. In 2001, the futurist Ray Kurzweil predicted that we will experience 20,000 years of progress during this century as the result of the accelerating rate of change. It can be near impossible for us to know then what the future holds, including what jobs might be available to us. The World Economic Forum predicts 65 percent of our children will have jobs that don’t yet exist when they grow up.

One thing that’s for sure: We won’t have the kinds of jobs we have now—at least not in the way we have them now. One article flat out states, “In the future, employees won’t exist.” As the article points out, it’s not just the businesses like Uber that have business models built on contractors; even big companies like Microsoft use huge numbers of contractors—with almost as many contractors as regular full-time employees.

Contract work is already normal. Call it the 1099 economy, the freelance economy, the gig economy—whatever you call it, it means we already have more than one-third of people in the U.S. (36 percent) working at jobs other than the norm. That’s 57 million people. By 2027, over half the U.S. population of working age will be freelancing. Ironically, some companies are currently hiring more IT freelancers to keep up with the AI demand, and using AI to do it.

Part of this is by choice. The younger generation that now makes up the majority of the workforce in the U.S. places a higher value on autonomy than pay. They would rather be able to work remotely with flexible schedules than give up freedom in exchange for a salary. That makes a contractor-based workforce appealing to them.

But part of it is driven by economics and the money businesses save by using contracted rather than full-time permanent employees. Gallup distinguishes between independent gig workers who have work autonomy and control—what you would consider the true freelancer who is doing this by choice—and the second group known as the contingent gig workers. They are the ones working side-by-side with regular employees but without the benefits and pay, like at this Nissan plant where some “temporary” workers have been employed for years without the benefits their permanent colleagues enjoy.

These are not anomalies, but trends illustrating what the future will be like. And it’s clear that work as we know it is going away.

If the world of work as we currently know it is going to change and we can’t be sure how, what can we do? We can assume there’s a good chance we’re going to work as contractors and freelancers, and prepare ourselves accordingly. We can choose to be proactive. These four steps should help:

Learning is going to be key to future success. One pundit goes so far as to say, if you’re not spending 5 hours per week learning, you’re being irresponsible. What should you learn? You could focus your learning on the need for AI professionals, and decide to pursue a career in AI to safeguard yourself. Or learn about other technologies with a shortage of qualified applicants, such as data science and cybersecurity. Note also that soft skills such as communication and problem-solving will continue to be in demand, so you could also improve in those areas to be ready for whatever the future brings. It matters less what you’re learning and more that you’re constantly expanding your skillset and knowledge, to be ready for what might lie ahead.

As one Forbes contributor puts it in an article titled “How To Build A Successful Career In A Future Without Jobs,” you must be your own money manager when permanent, full-time employment is no longer an option. You’ll need money saved to cover the dry spells when work is sparse, and a solid budget for managing money when work is abundant. You might be in charge of your own health insurance, and chances are you’ll be responsible for your own retirement too. Already we see fewer companies offer pension plans and we can expect that number to keep decreasing.

Build your personal brand, because that’s going to be much more important than your résumé in the new working world. Be online. Have a strong LinkedIn profile. Be visible and involved, definitely online and in person if you can. The stronger your brand, the more easily you find work later.

4. Actively build and maintain your network.

While you’re building your personal brand, also be building your network. You’d be surprised to discover how many people you’re already connected to. Expand upon that to connect to other people who might be good resources for job leads in the future, should you find yourself working as part of the freelance economy.

AI will transform our world in many ways, but it won’t be the main reason we’re likely to go without the permanent, full-time jobs our parents had. The very nature of work is changing. That is what we must be ready for, and the sooner, the better.