Businesses and Vlogging: The Right Fit? 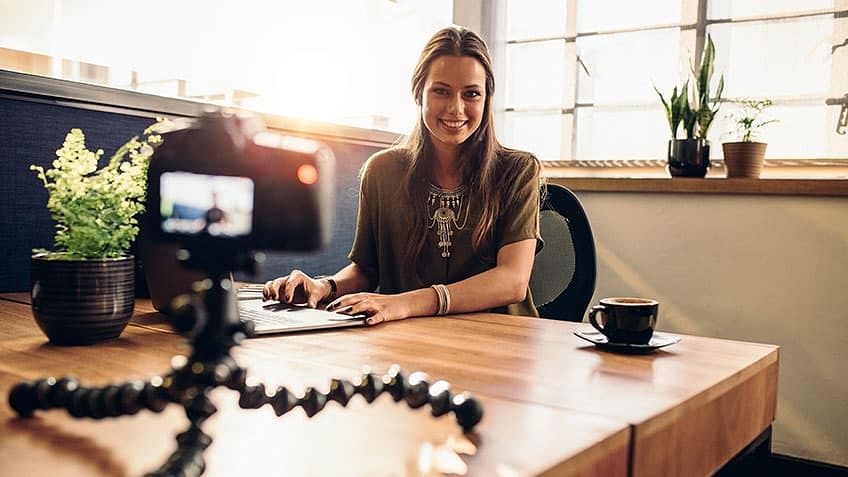 When T-Mobile CEO John Legere goes live on Facebook, he often isn’t talking smartphones or cell service; instead, he’s sharing healthy recipes with viewers on what he calls #SlowCookerSunday. The vlog segments are so popular, he just released a cookbook featuring his recipes along with advice and personal stories.

CEOs like Legere and media guru Gary Vaynerchuk are perfect examples of businesses and vlogging done right. Neither businessman is doing pure promotion for their companies, yet their vlogs have tons of subscribers (Vaynerchuk’s YouTube channel lists nearly 2 million). Why? Because their content offers viewers a window into their worlds—something consumers would previously never have seen from business leaders.

Still, the glaring question here is, what if you’re a smaller business that doesn’t have any recognizable names at the helm? Is vlogging the right fit for your company, or is it just a gig for large enterprises?

Let’s break it down by first explaining what vlogging is, show why personal videos can be helpful for business, and then share examples of some great vlog content being published right now.

Sometimes, vlogs feature a single representative from the company, like the CEO or someone else in charge. Other times, businesses put their own customers in front of the camera to capture interesting stories and interviews.

Why is Vlogging Helpful for Businesses?

People want to do business with people, not businesses. Vlogging is an incredible medium to make your people visible to consumers. It puts a face to the company,  makes the business relatable, and creates authenticity and transparency.

When done correctly, vlogging can be extremely well received. Forty-four percent of Internet users watch vlogs every month, and video will make up 80 percent of all consumer internet traffic by 2019. Even if you don’t consume a lot of online video, the majority of the world is watching it.

Vlogging also gives businesses an opportunity to turn boring content into exciting content. For example, videos about search engine optimization probably aren’t the first choice for many viewers (myself not included!), but Rand Fishkin of MOZ does an outstanding job of putting SEO in an attractive light.

What are Some Awesome Examples of Businesses and Vlogging?

Virgin Group Founder Richard Branson isn’t just the eighth wealthiest businessman in Britain; he also happens to lead a very interesting life outside the boardroom. His vlog offers “Day in the Life” videos and doles out business advice as well as sports and music features. Why do viewers care to watch? They want to know what Branson does that makes him so successful. A glimpse into his lifestyle through his vlogs provides inspiration and loads of entertainment.

Lisa Leake is the creator of 100 Days of Real Food, a health-focused brand built around a successful food blog, cookbook series, and many, many videos. She regularly features vlogs on her website, social media channels, and a dedicated YouTube channel. Not only will you find demonstrations of her recipes in these videos, but there’s also a ton of additional content including how-to videos, product reviews, and even candid moments with her family. Lisa Leake is an awesome example of giving a “behind-the-scenes” look at healthy living, and it supports the brand in a way that is positive and encouraging for viewers.

MINDBODY—a reservation app for salons, spas and fitness studios—is one of those businesses you might not expect to use vlogging, yet they do so quite successfully. Turning the lens around, MINDBODY focuses much of their vlog content on their own customers rather than their leadership. This allows viewers to get an inside look at why the app’s software is so valuable for businesses. It’s like getting a recommendation from someone like you—and we all know how valuable that is these days.

There are plenty of ways to offer up vlog content to your viewers. As long as you take the time to understand your own customers—their pain points, needs, behaviors, etc.—you will know if video content resonates with them and, if so, what topics will engage them. The more you can bring your customers “behind the curtain,” the more connected they will feel to your business and the more confident they will feel investing in your brand.