HomeResourcesAI & Machine LearningWhat Is Computer Vision : Overview, Applications, Benefits and How to Learn It 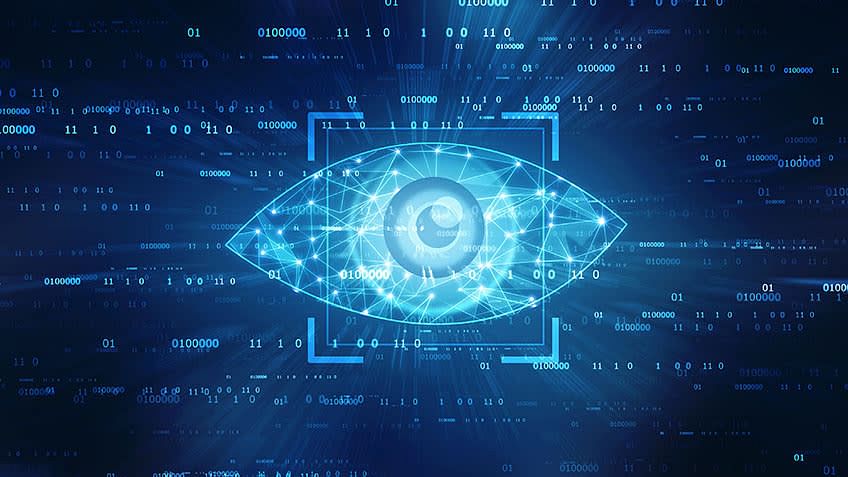 If you were told to name certain things that you’d find in a park, you’d casually mention things like grass, bench, trees, etc. This is a very easy task that any person can accomplish in the blink of an eye. However, there is a very complicated process that takes place in the back of our minds.

Human vision involves our eyes, but it also involves all of our abstract understanding of concepts and personal experiences through millions of interactions we have had with the outside world. Until recently, computers had very limited abilities to think independently. Computer vision is a recent branch of technology that focuses on replicating this human vision to help computers identify and process things the same way humans do.

The field of computer vision has made significant progress toward becoming more pervasive in everyday life as a result of recent developments in areas like artificial intelligence and computing capabilities. It is anticipated that the market for computer vision will approach $41.11 billion by the year 2030, with a compound annual growth rate (CAGR) of 16.0% between the years 2020 and 2030.

What is Computer Vision?

Computer vision is one of the fields of artificial intelligence that trains and enables computers to understand the visual world. Computers can use digital images and deep learning models to accurately identify and classify objects and react to them.

Computer vision in AI is dedicated to the development of automated systems that can interpret visual data (such as photographs or motion pictures) in the same manner as people do. The idea behind computer vision is to instruct computers to interpret and comprehend images on a pixel-by-pixel basis. This is the foundation of the computer vision field. Regarding the technical side of things, computers will seek to extract visual data, manage it, and analyze the outcomes using sophisticated software programs.

The amount of data that we generate today is tremendous - 2.5 quintillion bytes of data every single day. This growth in data has proven to be one of the driving factors behind the growth of computer vision.

How Does Computer Vision Work?

Massive amounts of information are required for computer vision. Repeated data analyses are performed until the system can differentiate between objects and identify visuals. Deep learning, a specific kind of machine learning, and convolutional neural networks, an important form of a neural network, are the two key techniques that are used to achieve this goal.

With the help of pre-programmed algorithmic frameworks, a machine learning system may automatically learn about the interpretation of visual data. The model can learn to distinguish between similar pictures if it is given a large enough dataset. Algorithms make it possible for the system to learn on its own, so that it may replace human labor in tasks like image recognition.

Convolutional neural networks aid machine learning and deep learning models in understanding by dividing visuals into smaller sections that may be tagged. With the help of the tags, it performs convolutions and then leverages the tertiary function to make recommendations about the scene it is observing. With each cycle, the neural network performs convolutions and evaluates the veracity of its recommendations. And that's when it starts perceiving and identifying pictures like a human.

Computer vision is similar to solving a jigsaw puzzle in the real world. Imagine that you have all these jigsaw pieces together and you need to assemble them in order to form a real image. That is exactly how the neural networks inside a computer vision work. Through a series of filtering and actions, computers can put all the parts of the image together and then think on their own. However, the computer is not just given a puzzle of an image - rather, it is often fed with thousands of images that train it to recognize certain objects.

For almost 60 years, researchers and developers have sought to teach computers how to perceive and make sense of visual information. In 1959, neurophysiologists started showing a cat a variety of sights in an effort to correlate a reaction in the animal's brain. They found that it was particularly sensitive to sharp corners and lines, which technically indicates that straight lines and other basic forms are the foundation upon which image analysis is built.

Around the same period, the first image-scanning technology emerged that enabled computers to scan images and obtain digital copies of them. This gave computers the ability to digitize and store images. In the 1960s, artificial intelligence (AI) emerged as an area of research, and the effort to address AI's inability to mimic human vision began.

Neuroscientists demonstrated in 1982 that vision operates hierarchically and presented techniques enabling computers to recognize edges, vertices, arcs, and other fundamental structures. At the same time, data scientists created a pattern-recognition network of cells. By the year 2000, researchers were concentrating their efforts on object identification, and by the following year, the industry saw the first-ever real-time face recognition solutions.

When it comes to computer vision, deep learning is the way to go. An algorithm known as a neural network is used. Patterns in the data are extracted using neural networks.  Algorithms are based on our current knowledge of the brain's structure and operation, specifically the linkages between neurons within the cerebral cortex.

The perceptron, a mathematical model of a biological neuron, is the fundamental unit of a neural network. It is possible to have many layers of linked perceptrons, much like the layers of neurons in the biological cerebral cortex. As raw data is fed into the perceptron-generated network, it is gradually transformed into predictions.

How Long Does It Take To Decipher An Image

Extremely fast CPUs and associated technology, together with a swift, dependable internet and cloud-based infrastructures, make the entire process blistering fast nowadays. Importantly, several of the largest businesses investing in AI research, like Google, Facebook, Microsoft, and IIBM, have been upfront about their research and development in the field. In this way, people may build upon the foundation they've laid.

This has resulted in the AI sector heating up, and studies that used to take weeks to complete may now be completed in a few minutes. In addition, for many computer vision tasks in the actual world, this whole process takes place constantly in a matter of microseconds. As a result, a computer may currently achieve what researchers refer to as "circumstantially conscious" status.

One field of Machine Learning where fundamental ideas are already included in mainstream products is computer vision. The applications include:

With the use of computer vision, autonomous vehicles can understand their environment. Multiple cameras record the environment surrounding the vehicle, which is then sent into computer vision algorithms that analyzes the photos in perfect sync to locate road edges, decipher signposts, and see other vehicles, obstacles, and people. Then, the autonomous vehicle can navigate streets and highways on its own, swerve around obstructions, and get its passengers where they need to go safely.

Facial recognition programs, which use computer vision to recognize individuals in photographs, rely heavily on this field of study. Facial traits in photos are identified by computer vision algorithms, which then match those aspects to stored face profiles. In order to verify the identity of the people using consumer electronics, face recognition is increasingly being used. Facial recognition is used in social networking applications for both user detection and user tagging. For the same reason, law enforcement uses face recognition software to track down criminals using surveillance footage.

Computer vision has contributed significantly to the development of health tech. Automating the process of looking for malignant moles on a person's skin or locating indicators in an x-ray or MRI scan is only one of the many applications of computer vision algorithms.

The following are some examples of well-established activities using computer vision:

A computer program that uses image categorization can determine what an image is of (a dog, a banana, a human face, etc.). In particular, it may confidently assert that an input picture matches a specific category. It might be used by a social networking platform, for instance, to filter out offensive photos that people post.

By first classifying images into categories, object detection may then utilize this information to search for and catalog instances of the desired class of images. In the manufacturing industry, this can include finding defects on the production line or locating broken equipment.

If an item is discovered, object tracking will continue to move in the same location. A common method for doing this is by using a live video stream or a series of sequentially taken photos. For example, driverless cars must not only identify and categorize moving things like people, other motorists, and road systems in order to prevent crashes and adhere to traffic regulations.

In contrast to traditional visual retrieval methods, which rely on metadata labels, a content-based recognition system employs computer vision to search, explore, and retrieve pictures from huge data warehouses based on the actual image content. Automatic picture annotations, which can replace traditional visual tagging, may be used for this work.

Many other advanced computer vision algorithms such as style transfer, colorization, human pose estimation, action recognition, and more can be learned alongside deep learning algorithms.

Creating a machine with human-level vision is surprisingly challenging, and not only because of the technical challenges involved in doing so with computers. We still have a lot to learn about the nature of human vision.

To fully grasp biological vision, one must learn not just how various receptors like the eye work, but also how the brain processes what it sees. The process has been mapped out, and its tricks and shortcuts have been discovered, but, as with any study of the brain, there is still a considerable distance to cover.

Computer vision can automate several tasks without the need for human intervention. As a result, it provides organizations with a number of benefits:

The field of computer vision has recently become quite trendy in the realm of cutting-edge technology. What sets this technology apart is its novel approach to data analysis. Although our generation's prodigious output of data has been dubbed a burden by some, it is really put to good use by helping computers learn how to recognize and interpret the world around them. Furthermore, this technological advancement exemplifies a major stride forward in the development of artificial intelligence on par with that of humans.

Gain a head start in the AI industry with Simplilearn’s AI and ML Courses. Gain the technical expertise, resources, and instruction you need to use AI to create change and innovation with this online master's degree program.