How to Get Started With Blockchain

An Introduction to Data Hiding in C++

Literals in Java: All About the Types of Literals

Top 10 Crypto Predictions to Watch Out For in 2022 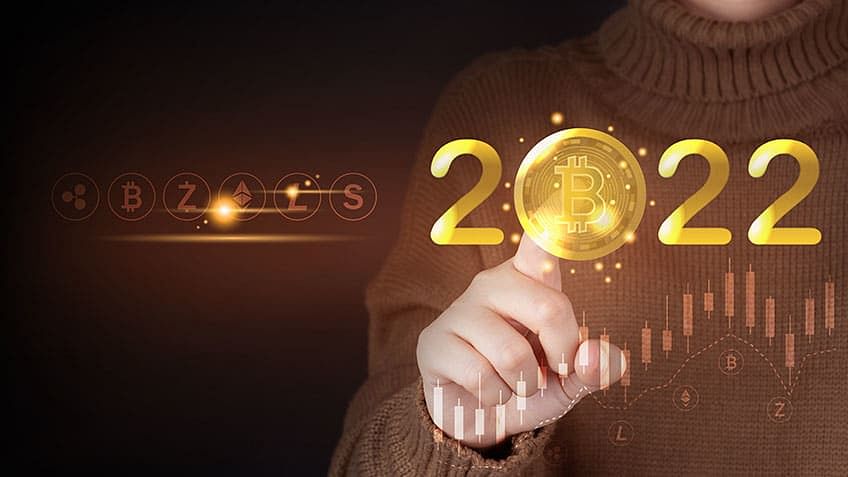 Will cryptocurrency soar, plummet, or tease investors along an unpredictable path for the foreseeable future? Will Bitcoin continue its volatility? Will regulation play a more significant role? Which type of cryptocurrency will be the best bet this coming year?

There are as many predictions as there are analysts charting the future of cryptocurrency.

According to CNBC, the best-known cryptocurrency, Bitcoin, had a good year. The digital currency has been up nearly 70 percent since the start of 2021, driving the entire crypto market to a combined $2 trillion in value.

Looking at the future of cryptocurrency, if the past is any indication, investors in cryptocurrency are in for an exciting ride. Some interesting crypto predictions to watch out for in 2022 include:

Crypto Prediction #1: Heading for a Crypto Crash or an Exciting Climb?

Cryptocurrency prices could fall further in 2022. They leaped to a record high of almost $69,000 in November, but they are now below $50,000, down nearly 30  percent from its high. Carol Alexander, a Sussex University professor of finance, expects Bitcoin to plummet to a low of $10,000 in 2022, which would erase most of its gains in the past year and a half.

Others don’t see a crash in 2022. Yuya Hasegawa, a crypto market analyst at Japanese digital asset exchange Bitbank, believes the most significant risk factor is [quantitative tapering] by the Fed. He thinks it has been decided and is probably priced in.

Sayantani Sanyal reported that many factors point to higher Bitcoin prices, namely greater acceptance by businesses in higher demand from Bitcoin ETFs. In Analytics Insight, Sanyal says that market analysts predict that Bitcoin could hit USD $100,000 by the end of 2023, and others say it can climb to the mark in the first quarter of 2022. Others write that Bitcoin won’t reach more than USD $70,000 by the end of 2022.

In short, crypto predictions are all over the place.

Crypto prediction: According to The Ascent, Ric Edelman, founder of the Digital Assets Council of Financial Professionals, predicts that more than 500 million people worldwide will own Bitcoin by the end of 2022. CoinTelegraph, BlockFi co-founder Flori Marquez agrees, crediting regulatory clarity and improved understanding of the industry for helping drive greater adoption.

Crypto Prediction #3: The First Spot Bitcoin ETF Could Get Approved

Some crypto investors predict that the first spot Bitcoin exchange-traded fund (ETF) in the United States could be approved this year, giving investors direct exposure to the cryptocurrency itself. The Securities and Exchange Commission allowed the launch of ProShares’ Bitcoin Strategy ETF last year, but that just tracks Bitcoin futures contracts. However, because the market is now large and mature enough to support it, analysts believe a Bitcoin Spot ETF will be approved.

Emerging crypto developments such as decentralized finance (DeFi) and decentralized autonomous organizations (DAOs) are “likely to be the highest growth areas of crypto,” believes Bryan Gross, network steward at crypto platform ICHI. DeFi aims to recreate traditional financial products without middlemen, while DAOs could be considered a new internet community. Deposits into DeFi services surpassed $200 billion in 2021, and demand is expected to grow in 2022.

Carol Alexander said that investors looking to make gains in smaller areas of crypto will want to watch Ethereum, Solana, Polkadot, and Cardano coins in 2022.

CNBC reported that DeFi is part of a broader trend called Web3. Supporters of Web3 assert that online platforms are under the control of a few companies, such as Amazon, Apple, Alphabet, and Facebook’s parent company Meta. Web3 calls for a new, decentralized iteration of the internet incorporating blockchain and non fungible tokens. However, entrepreneurs such as Elon Musk and Jack Dorsey remain skeptical.

Crypto Prediction #5: Regulators Have Their Eye on Cryptocurrency

Cryptocurrency regulation is expected to be a key issue in 2022. Vijay Ayyar, vice president of corporate development and global expansion at crypto exchange Luno, predicts 2022 will be a big year on the regulatory front. Ayyar told CNBC that he expects to see some clarification on the legal “gray zone” of cryptocurrencies other than Bitcoin and Ethereum. Another area of regulator interest is likely to be stablecoins, which are tokens whose value is tied to the price of assets such as the U.S. dollar. Tether, the world’s biggest stablecoin, appears controversial over whether it has enough assets in its reserves to justify being tied to the dollar.

Crypto Prediction #6: Bitcoin Will either Outperform or Underperform the S&P 500

Even with coronavirus’ threat to the global economy, both Bitcoin and the benchmark index showed impressive gains in 2021: Bitcoin vaulted 66percent and the S&P 500 climbed around 27percent.

Ether outperformed Bitcoin in 2021, gaining 418 percent compared to 66 percent for Bitcoin. Analysts believe either will continue to do well because of the surge in NFT sales volumes. Most of these tokens still run on the ethereum blockchain.

Last year, a Dogecoin spinoff Shiba Inu climbed 44,540,000 percent. Squid, a coin named for the television drama “Squid Game,” jumped more than 75,000 percent in less than a week — only to disappear soon after.

Tether has held on to its reign as the largest Stablecoin by cryptocurrency valuation. But it could be knocked off its perch once USD Coin decides to join the lending wave.

Spikes in the Cboe Volatility Index, or VIX, went in step with Bitcoin sell-offs. Arcane Research said market difficulties in 2022 could have repercussions for Bitcoin’s short-term price trajectory.

Learn the Fundamentals of Blockchain

For those who don’t wish to enter the world of cryptocurrency unclothed and unschooled, Simplilearn offers the Blockchain Bootcamp in collaboration with the University of Minnesota. The flexible, online professional bootcamp covers everything you need to know to understand blockchain applications and cryptocurrency fundamentals. In this Bootcamp, you will learn how to design, deploy applications, and develop the skills to transform yourself into a Blockchain professional.

Make your mark on this exciting new world of investing with Simplilearn online training.

If you have any doubts of questions, feel free to post your queries in the comments below and our expert team will get back to you at the earliest. Get started now!