HomeResourcesSoftware DevelopmentBlockchain Tutorial for Beginners for Beginners to Advanced LevelThe Future of Shiba Inu Coin: 2022 Price Predictions and Why You Should Invest in It

The New Generation of the Internet: What Is Web 3.0?

The Future of Shiba Inu Coin: 2022 Price Predictions and Why You Should Invest in It

Lesson 19 of 29By Karin Kelley 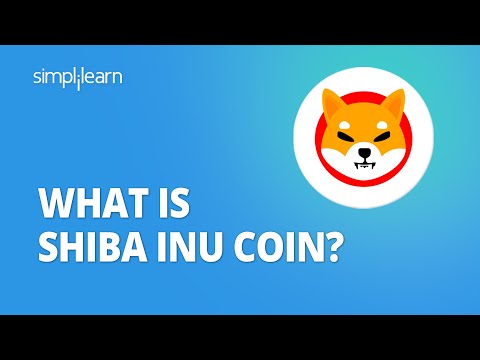 2021 has been a roller coaster ride for cryptocurrencies, but this situation has presented a good opportunity for the Shiba Inu coin.

The Shiba Inu Coin has been in the limelight for a number of reasons, though its current value is not very high. However, the coin is taking over a lot of the crypto market and proving itself an excellent choice for investors. But what is Shiba Inu coin, and how did it come into the cryptocurrency picture?

If you are keen on learning about Shiba Inu coin and getting some answers about what it is, you have come to the right place. This tutorial will help you understand the question “What is Shiba Inu coin?” as it covers various important concepts revolving around this intriguing form of cryptocurrency.

The Shiba Inu coin was created in August 2020 by an anonymous person named Ryoshi. Much like the situation with Bitcoin and Satoshi Nakamoto, we have no idea of the true identity of the creator. For all we know, Ryoshi could be a group of people, not just a single individual.

What is the Shiba Inu Coin?

Shiba Inu Coin is a decentralized, community-building cryptocurrency that is “an experiment” developed within the Shiba Inu Ecosystem.

What is the Difference Between Shiba Inu Coin and Dogecoin?

Why is Shiba Inu Coin So Popular?

Where Do You Buy Shiba Inu Coins?

The Future of Shiba Inu Coin

Though Shib coin or Shiba Inu coin is only known as a meme coin, its increasing popularity and people’s interest in participating in it is pointing towards a different but dazzling future.

According to experts, Dogecoin’s popularity is based in part on Elon Musk’s support, typically voiced on Twitter. Unfortunately, the Shiba Inu coin has no such champion in its corner, and considering it’s billed as a “Dogecoin killer,” it isn’t likely to get the multi-billionaire’s support anytime soon.

However, Shiba Inu coin has a limited supply, a standing total of one quadrillion tokens. Although this is a huge number that can easily accommodate an army of investors, it is still a finite number, which may help spark speculation in the future.

The key to Shiba Inu’s future success lies in speculation and market capitalization, and Shiba has the potential of becoming the next Dogecoin. Shiba Inu is currently in the top 50 cryptocurrencies today, with a market capitalization of $2,762,340,296.49. This is a healthy number, especially when you take into account that Shiba Inu is a relatively new token in the world of cryptocurrency.

Investments, whether in the stock market or cryptocurrency, entail a certain amount of risk. There is no sure thing. However, Shiba Inu coin has the potential of becoming a top player in cryptocurrency market!

According to Yahoo Finance, the Shiba Inu coin chart pattern shows a bullish triangle that indicates a potential upwards breakout. However, if no breakout happens, the price could tank.

And while critics dismiss Shiba Inu coin as a product of speculation, fear of missing out (FOMO), and reactions to tweets, Shiba Inu is lining up some potentially lucrative projects that could boost not only its visibility but its viability as well.

Newegg tech e-retailer and AMC Entertainment are the first two merchants that accept SHIB payments, and Flexa recently announced that it accepts Shiba Inu coin as a payment token, meaning users can use the coin to make purchases at GameStop, Whole Foods, and Lowe’s.

In the final analysis, investors are encouraged to exercise patience and restraint, and watch if the coin experiences another potentially rich bull market.

Here are a few frequently asked questions relating to Shib Inu Coin that go beyond the question “what is Shiba Inu Coin.” You will notice that some of the information has already been covered elsewhere in this article.

1. Does the Shiba Coin have a future?

It depends on whether it can secure widespread adoption. It’s off to a good start, so let’s see if it can sustain it and build from it.

There’s no one-size-fits-all answer; it really depends on investors’ individual circumstances. Cryptocurrencies are volatile investments, where you can either strike it rich or lose big. Before investing, pause and evaluate your risk threshold. Do your research, and never invest more money than you can afford to lose.

3. Will the SHIB Coin price rise?

Possibly. You must look at the big picture and be ready to wait several years for the coin to gain enough traction to hit a record high price. Forecasters predict that Shiba Inu will experience a long-term price increase. However, forecasters are known to make mistakes.

Shiba Incu Coin prices can only go so high, limited by the large supply currently in circulation. Consequently, forecasters don’t see the value hitting that magic number before the end of the 2020s.

5. Where and how can I buy the Shiba Inu Coin?

Use cryptocurrency exchanges such as Huobi, Binance, and Uniswap. Then, transfer your purchases to a software or hardware wallet to keep them secure.

Where Do We Go From Here?

This tutorial has shown you everything you need to know about what is Shiba Inu Coin, including what it is, where to get it, and how good of an investment it may be.

Whether your interest in learning more about the crypto world and cryptocurrencies like Shiba Inu Coin is because you are already working as a Blockchain developer or you’re just enthusiastic about knowing more and perhaps pursuing a career in blockchain, Simplilearn’s Blockchain Bootcamp in collaboration with the University of Minnesota is a great way to begin. This program will help you explore, understand, and learn more about cryptocurrencies Blockchain and its technology, encompassing all levels of experience.

If you have any questions for us regarding this article is, please feel free to share them with us in the comments section of this tutorial page, located near the bottom on this page. Our SMEs will get back to you as soon as possible.