HomeResourcesSoftware DevelopmentBlockchain Tutorial for Beginners to Advanced LevelBitcoin vs Ethereum: Which One is Better?

Lesson 7 of 33By Karin Kelley 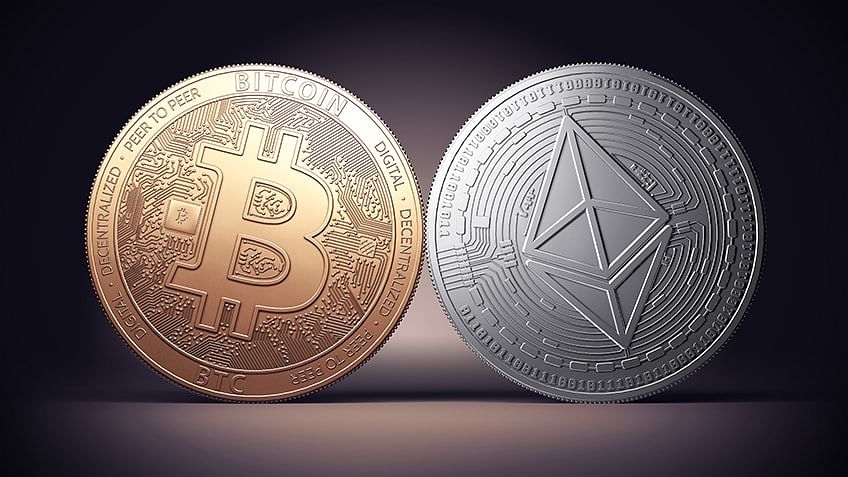 Of the more than 1,600 available cryptocurrencies on the market, both Bitcoin and Ethereum are in the top three. In fact, Ethereum may overtake Bitcoin, according to Yahoo Finance, which cites the platform’s custom contracts as a more versatile alternative to Bitcoin. But how exactly does Ethereum stack up against Bitcoin in terms of features, uses, and more? Simplilearn’s Bitcoin vs. Ethereum tutorial video covers the similarities and differences between these two cryptocurrencies, and here we’ll recap what’s included in the video.

In 1999, Nobel Prize winner in economics Milton Friedman believed the Internet was going to be one of the major forces in reducing the role of government. He also thought that the one thing missing was reliable electronic cash, and just as he predicted, in 2009 the cryptocurrency Bitcoin was born.

But most importantly, cryptocurrencies use blockchain, which is a set of records that are placed into a container known as a block. These transactions are kept public and in chronological order.

Bitcoin, which was released in 2009 by an individual or group of individuals known as Satoshi Nakamoto, is a cryptocurrency that allows people to send and receive money around the world. As mentioned, the payments are secured using cryptography. The most essential point about Bitcoin is that it helps keep the identity of the people sending and receiving money anonymously.

We all know that when we conduct a transaction through a bank, some amount of money or service charge is levied. However, with Bitcoin, this charge is very low, making it a more attractive alternative to conventional electronic transactions.

Ethereum, which was created in 2015 by Vitalik Buterin, is a cryptocurrency that provides ether tokens. This is equivalent to the bitcoins in the Bitcoin network. Ether is used to build and deploy decentralized applications whose back-end code is placed in a distributed peer-to-peer network. This is different from a regular application, for which the back-end code is placed in a centralized server. Ether is also used to pay for services, like the computational power that is required before a block can be added to the blockchain and to pay transaction fees.

Ether works very similarly to Bitcoin and can be used for peer-to-peer payments. Also, it can be used to create smart contracts. Smart contracts work in such a way that when a specific set of predefined rules is satisfied, a given output takes place.

The Bitcoin vs. Ethereum argument has been garnering more attention these days. Bitcoin has become a very popular and well-known cryptocurrency around the world. It also has the highest market cap among all the cryptocurrencies available right now. In a way, it’s the current world champion when it comes to cryptocurrencies. On the other side, however, is Ethereum. Ethereum did not have the revolutionary effect that Bitcoin did, but its creator learned from Bitcoin and produced more functionalities based on the concepts of Bitcoin. It is the second-most-valuable cryptocurrency on the market right now.

Bitcoin was the first cryptocurrency to be created; as mentioned, it was released in 2009 by Satoshi Nakamoto. It is not known if this is a person or group of people, or if the person or people are alive or dead. Ethereum, as noted above, was released in 2015 by a researcher and programmer named Vitalik Buterin. He used the concepts of blockchain and Bitcoin and improved upon the platform, providing a lot more functionality. Buterin created the Ethereum platform for distributed applications and smart contracts.

Ethereum enables peer-to-peer transactions as well, but it also provides a platform for creating and building smart contracts and distributed applications. A smart contract allows users to exchange just about anything of value: shares, money, real estate, and so on.

In Bitcoin, miners can validate transactions with the method known as proof of work. This is the same case for Ethereum. With proof of work, miners around the world try to solve a complicated mathematical puzzle to be the first one to add a block to the blockchain. Ethereum, however, is working on moving to a different form of transaction validation known as proof of stake. With proof of stake, a person can mine or validate transactions in a block based on how many coins he owns. The more coins a person holds, the more mining power he will have.

As for the average amount of time it takes to add a block to the blockchain, in Bitcoin it takes 10 minutes. In Ethereum, it takes only about 12 to 15 seconds.

Hashing algorithms are how these systems can maintain their privacy and ensure security. Bitcoin uses a hashing algorithm known as SHA-256. Ethereum uses a cryptographic algorithm called Ethash.

The number of Bitcoin transactions that take place in a day currently hovers around 260,000; for Ethereum, it’s about 1.2 million. As for the number of blocks that have been mined, for Bitcoin, it’s over 718,000, and for Ethereum it’s about 13 million. This has a lot to do with the fact that it takes a lot less time for a block to be added to Ethereum than to Bitcoin.

And while the market value of Bitcoin is significantly higher than that of any form of digital currency on the market right now, it is closely followed by Ethereum, which hopes to take over one day.

Bitcoin or Ethereum: Which one is Better?

The answer to the question of which cryptocurrency is better in the choice between Bitcoin vs. Ethereum, it depends entirely on your requirements. While Bitcoin works better as a peer-to-peer transaction system, Ethereum works well when you need to create and build distributed applications and smart contracts. The choice is entirely up to you to choose a winner between Bitcoin vs. Ethereum.

If you’d like to learn more about cryptocurrency and blockchain technology—and perhaps earn an increase in salary or land a more exciting job—check out Simplilearn’s Blockchain Basics course or go even further and take your career to the next level with Simplilearn's Blockchain Bootcamp in collaboration with the University of Minnesota. There has never been a better time to learn about blockchain and cryptocurrency from experts on the cutting edge!

If you have any kind of doubts or queries regarding this topic, feel free to put it down in the comments below. Our team of Blockchain experts will get back to you at the earliest.