What is Dogecoin: Understanding The Crypto-Star 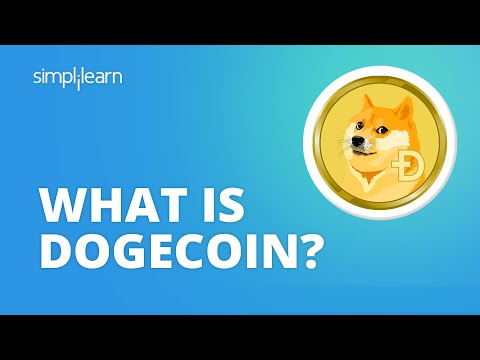 On Tuesday, 20th April 2020, Dogecoin surged its value to 1 dollar, making this day named after it as "Doge Day." An obsession for Dogecoin is developing in the crypto world, which was started as a joke, but now has become the crypto-star of the future. Every person, in some way or the other, is talking about Dogecoin. People who know about it are eager to follow its updates and people who don't are curious to know exactly what Dogecoin is. Public figures like Elon Musk and Snoop Dogg and companies like Snickers rooted a sudden interest in the people involved in Dogecoin mining.

Dogecoin is a peer-to-peer, open-source cryptocurrency much like an altcoin of Bitcoin, that provides its users a completely unknown, decentralized, and secure environment that is free from any third-party interference when it comes to transactions.

How Was Dogecoin Started?

Two software engineers, IBM engineer Billy Marcus and Adobe engineer Jackson Palmer, created Dogecoin on 6th December 2013. It was started as a "joke" for leading cryptocurrencies like Bitcoin, inspired by the popular Doge meme with a picture of Shiba Inu. But it became an instant hit after that, and today, Dogecoin's value is around 45 billion dollars in the crypto market.

In 2013, Dogecoin became very popular among the community of people who just wanted to play around with cryptocurrencies freely. Later, internet forums like Reddit and Dogecoin started rewarding Dogecoin to their content creators, making Dogecoin surge the trading value of other cryptocurrencies, especially bitcoin, in 2014.

After that, the founder of SpaceX, Elon Musk, the most prominent follower of Dogecoin, frequently started tweeting about a faux "Doge" magazine cover which led to the rise of the price of this meme cryptocurrency. Following that, other celebs like Snoop Dogg and Gene Simmons also started tweeting about and promoting Dogecoin over social media.

As a result of these actions, today, the current worth of Dogecoin is $41 Billion.

How Does Dogecoin Work?

Dogecoin is a cryptocurrency that, like other cryptocurrencies such as Bitcoin and Ethereum, runs on Blockchain technology. Blockchain is a distributed and secure digital ledger that stores all transactions made by any cryptocurrency, free from a centralized authority.

How Can You Buy Dogecoins?

So, to buy Dogecoin, you will have to follow a few steps:

Step 1: Open a digital wallet; BuyUcoin is considered one of the perfect applications for trading cryptocurrencies.

Step 3: Complete your profile KYC by providing your identity and address proof.

Step 5: Secure your account by creating a convenient trading pin that is only accessible by you.

Step 6: And there you go, now you can start trading.

Pros and Cons of Dogecoin

Some of the Pros and Cons of the Dogecoin network are :

These are a few examples of companies in every sector that use Dogecoin.

For example, MonsterMeg, Playhub Casino, Prodigy, and FlokiNET are among few top companies that use Dogecoin.

In this tutorial, you saw what Dogecoin is, its concepts, how you can buy it, and the pros and cons of the Dogecoin network.

Do you have any questions for us? Please feel free to drop them in the comments section of this article; our experts will get back to you as soon as possible.