HomeResourcesDevOpsGet Ready For The DevOps Revolution

Career Masterclass: How to Get Job-Ready for a DevOps Career With Caltech CTME

Get Ready For The DevOps Revolution 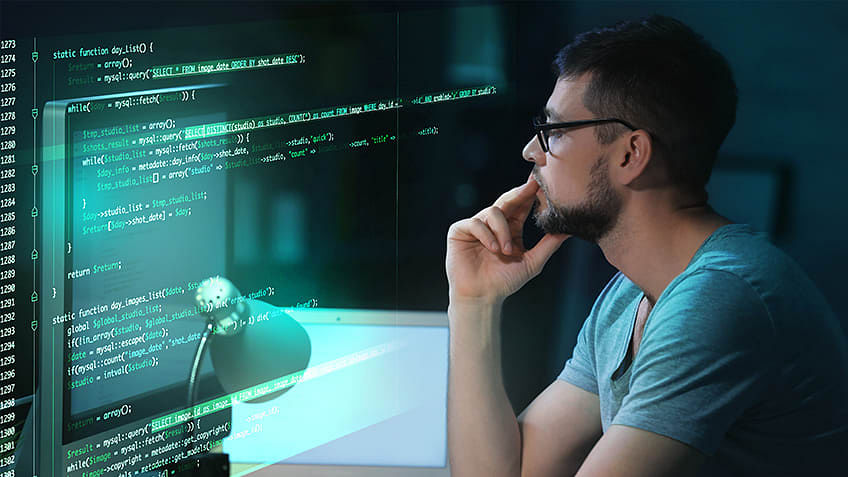 If you’ve got a background in software development, you’d have heard about the DevOps phenomenon. And if your work has never involved technology, you’ve probably been wondering what this word means – every time you see or hear it.

The concept of DevOps was first introduced in 2009 by a group of Agile champions in Belgium. Patrick Debois, who’s often called “the father of DevOps,” coined the term “DevOps” at the time. The methodology was conceived of as an amalgam of various tools, including Operations Management, Agile, Lean, Theory of constraints, and IT service management, when thinkers came together over conferences, talks, and debates on Twitter, eventually leading to the philosophy behind DevOps. The term emerged from the convergence of two major trends –

Borne of the need to improve IT Service Agility, the DevOps movement lays great emphasis upon collaboration, communication, and integration among IT operations and software developers. Instead of looking at the two groups as silos passing things across but not working together, DevOps sees them as inter-dependent units to help the organization provide IT and software services rapidly. DevOps, as defined in Wikipedia, is “the culture, movement, or practice that emphasizes the collaboration and communication of both software developers and other information technology professionals while automating the process of software delivery and infrastructure changes.”

The benefits of DevOps outweigh the potential difficulties. Aligning the two transparency-limited siloed ensures that systems are delivered faster, and also reduces risks in production changes through nonfunctional and automated testing, as well as shorter developmental iterations. The DevOps approach automates the service management for the support of operational objectives and improves understanding of the layers in the production environment stack. In turn, this helps prevent and resolve production issues. Organizations may also realize that the differences are easier to overcome.

To make a DevOps approach successful, you need careful business management and a cultural change to go with the right skills. In short, companies incorporating DevOps practices are merely getting more things done. The code is deployed close to 30 times more frequently than that of competitors. The shift in attitude comes from the fact that there is a single team comprising cross-functional members, including QAs, developers, DBAs, operations engineers, business analysts, and the like. This collaboration offers immense benefits.

Other measurable benefits include:

Why Do a DevOps Certification?

A DevOps certification is a concept that is still new to the world. But it’s now time for DevOps certifications to ascend to the next level. More and more organizations planning cloud deployments are adopting DevOps philosophies and practices. In the pursuit of excellence, the best practices need to be codified and taught in a timely and honored manner that has been used by the IT industry for over 40 years. DevOps ideology represents a new way of thinking and decision-making. The practitioners of DevOps are among the highest paid IT professionals today, with a market demand that is rapidly growing due to increased implementation around the world. Data from Payscale shows that DevOps Managers earn as much as $122,234 per annum, and DevOps engineers can make a whopping $151,461 per year.

Where Does Simplilearn Come In?

To meet this growing demand head-on, we have devised a certification course for ambitious professionals eager to leverage the power of DevOps – The DevOps Course. The course will enable candidates to clear the DevOps Foundation certification exam on the first attempt. In addition to this, candidates will develop the ability to integrate communication, collaboration, integration, and automation so that they can improve the flow of work between the software developers and the IT operations professionals for faster development and deployment.

What Can Be Achieved by the End of the Training?

Who Should Do This Course?

There are no prerequisites. However, it is recommended that candidates be familiar with concepts in IT and IT service management. To receive a DevOps Foundation certification from the DevOps Institute, candidates must:

Simplilearn also offers a DevOps Engineer Master’s Program. This program is created to help you build core skills related to the AWS platform and DevOps tools including Git, Docker, Jenkins, etc. Through DevOps training, you will be able to recognize and understand AWS terminology, concepts, and the security measures that AWS provides. You can even check out the Post Graduate Program in DevOps, designed in collaboration with Caltech CTME. The program helps you master the art and science of improving the development and operational activities of your entire team. You will build expertise via hands-on projects in continuous deployment, using configuration management tools such as Puppet, SaltStack, and Ansible. You’ll have access to, and even personal mentorship from, industry leaders with on-demand technical, programming, and project support. Be among the first to get certified, keep up with the trends, and climb your ladder to success!