What’s The Difference Between Antivirus and Firewall Software? 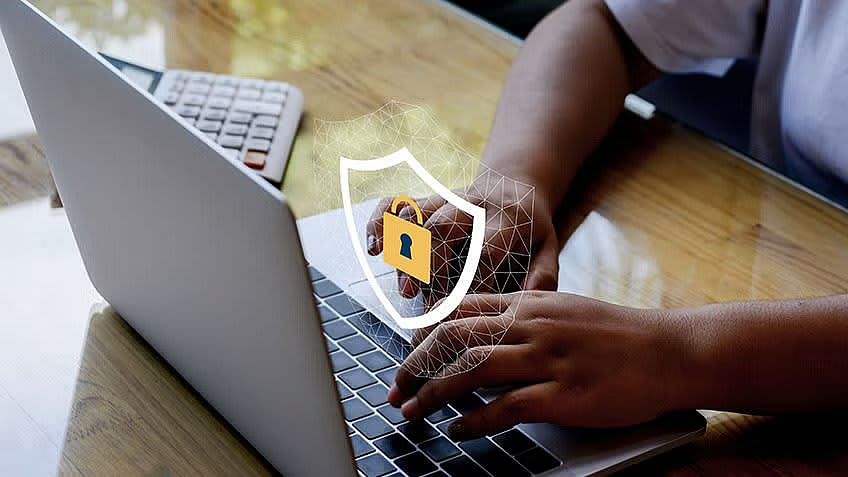 As the influence of the digital world rises in our everyday lives, cybersecurity becomes even more critical. Unfortunately, there are too many frightening ways that our devices, data, and identities can be hacked, attacked, and compromised. The stakes have never been higher.

Fortunately, plenty of cybersecurity tools are available to combat these threats and defend our private information. However, the sheer number of resources often proves overwhelming, and it’s easy to lose track of what tools perform what security functions.

That’s why we are looking at two popular and effective means of cybersecurity: firewalls and antivirus software. This article explores the differences between antivirus and firewall security measures. We will define the terms, explain the advantages and limitations of each, and even provide a handy antivirus vs. firewall comparison chart.

Let’s begin with a couple of definitions and move onto the differences between antivirus and firewall software.

What Is a Firewall?

A firewall is either software, hardware, or a combination of both that offers security and protection to a computer or computer network. Firewalls operate under the principle of filtering out unauthorized traffic and allowing access to only legitimate users. A hardware firewall is like a router, but with the specific purpose of cybersecurity.

For this security measure to be fully effective, all traffic and data packets must pass through the firewall, whether inbound or outbound.

Antivirus software is a popular cybersecurity measure used to scan, detect, and block any suspicious or unknown files and software from getting into the network’s system, especially malware and harmful viruses. In addition, antiviruses prevent additional attacks on the system by deleting or isolating corrupt files and monitoring Internet traffic.

The Functions of an Antivirus Program

A good antivirus program brings a lot of positives to the table, such as:

Simple scanners involve a record of program length. This generation can identify a virus only if it has a virus signature. These scanners are signature specific, so if any kind of virus attacks the system, this antivirus fails.

Full-featured protection, a suite of antivirus techniques, and access control capability. This generation is known as behavior-blocking software, which offers features like scanning and monitoring. This antivirus works alongside the operating system and detects activities that match virus-like patterns. Any uncertainty is identified. This generation emphasizes attack prevention rather than virus detection.

However, no antivirus is 100 percent infallible. Any antivirus program, no matter how great it is, no matter how reputable and established the manufacturer is, has a possibility of getting breached. Here are some specific limitations:

Additionally, remember that hackers and virus developers are engaged in a continuous race against cybersecurity experts to stay ahead of each other. With new viruses being developed and unleashed on the Internet daily, antivirus companies have a daunting and never-ending task of tracking, identifying, and developing solutions to foil them. So, any computer-installed antivirus software must be constantly updated to ensure the system's safety against new threats.

Here's a sampling of the more popular, effective antivirus solution:

Moving on to the Advantages of a Firewall

Firewalls offer computer servers and systems a versatile collection of advantages, including:

There are three types of firewalls:

Functions of a Firewall

Firewalls perform many critical functions, including:

Limitations of a Firewall

Unfortunately, firewalls aren’t perfect and can only do so much. Here’s a summary of firewall limitations:

Here is a collection of the more popular and reliable enterprise firewalls:

The Differences Between Antivirus and Firewalls

Here is an antivirus vs. firewall comparison chart to lay out the differences and for quick reference:

With the above chart in mind, it's clear that both cybersecurity measures are valuable assets in fighting cybercrime. Still, we can't precisely compare them because they tackle different system and data security facets. There's no "Which is better?" debate here. Consequently, smart cybersecurity experts will protect their valuable systems and data with a combination of a firewall and an antivirus software suite. This arrangement covers most of the security vulnerabilities that today's companies suffer.

Are You Interested in Learning More About Cyber Security?

According to July 2022 statistics, the total damage done by cyberattacks is expected to hit $6 trillion, and as of that month, cybercrimes had already inflicted $2 trillion so far. A ransomware attack happens every 14 seconds, and a cyberattack every 39 seconds. So, it's unsurprising that cybersecurity professionals have a huge demand.

If your future plans include a new career in cyber security, you should get the best training you can. Simplilearn offers a CEH v12 Certified Ethical Hacking course that trains you in advanced network packet analysis plus system penetration testing techniques, designed to improve your network security skill-set and prevent hackers. In addition, the course gives you access to certified expert professionals who will guide you throughout your learning journey. Furthermore, you will get the hands-on training you need to master the techniques hackers employ to penetrate network systems and fortify your system against these incursions.

According to Glassdoor, cybersecurity experts in the United States can earn an annual average of $84,886. So, whether you're looking to upskill in cyber security techniques to help defend your business better or contemplating a secure, challenging, and ultimately rewarding career, visit Simplilearn today and master today's cybersecurity techniques and technology!

The Best Firewall Software for Windows, Mac, and Linux