HomeResourcesCyber SecurityCyber Security Tutorial: A Step-by-Step GuideHow To Crack Passwords And Strengthen Your Credentials Against Brute-Force

How To Crack Passwords And Strengthen Your Credentials Against Brute-Force

Lesson 32 of 65By Kartik Menon 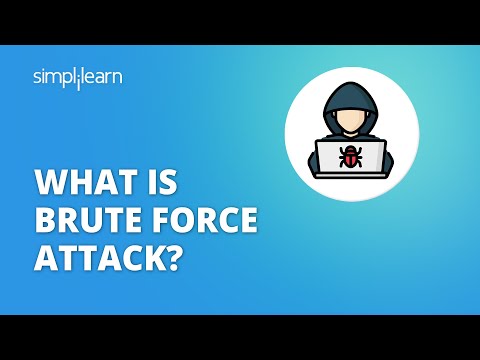 Passwords are by far the most common type of user authentication. They are popular because their theory makes perfect sense to individuals and is reasonably simple to implement for developers. On the other hand, poorly constructed passwords can pose security flaws. A well-designed password-based authentication process does not save the user's actual password. This would make it far too simple for a hacker or malevolent insider to access all of the system's user accounts. In this tutorial, you will learn how to crack passwords and simultaneously try to make your passwords as brute force resistant as possible.

Now, start by learning about password cracking from a layman's perspective.

Password cracking is the process of identifying an unknown password to a computer or network resource using a program code. It can also assist a threat actor in gaining illegal access to resources. Malicious actors can engage in various criminal activities with the information obtained through password cracking. Among these include the theft of banking credentials and the use of the information for fraud and identity theft. Passwords are recovered by a password cracker employing a variety of approaches. The procedure might entail comparing a set of words to guess credentials or using an algorithm to guess the password repeatedly.

Going on to the next topic on how to crack passwords, you will understand the variety of techniques employed in this process.

Passwords are usually kept in a hashed format, be it on website databases or operating system caches. Storing passwords in plaintext is too big a risk from a development perspective since a single lapse in security can release countless gigabytes of confidential user data. In this process, the passwords are converted into chunks of unreadable data, which can only be used for cross-verification when a user tries to log in. Despite hashing, hackers manage to capture fresh passwords, depending on how complex the initial password was. Some of the most widely used techniques are -

Asking the customer for their password is a simple approach to hack. A phishing email directs the unwary reader to a counterfeit log-in page linked with whatever service the hacker wants to access, generally by demanding the user fix some critical security flaw or aid in a database reset. That page then captures their password, which the hacker can subsequently exploit for their own purposes.

Social engineering influences the victim to get personal information such as bank account numbers or passwords. This strategy is popular among hackers because they realize that humans are the gateway to vital credentials and information. And, through social engineering, they employ tried-and-true tactics to exploit and influence age-old human tendencies rather than devising novel means to breach secure and advanced technologies. It has been demonstrated that many firms either lack adequate security or are overly friendly and trustworthy when they should not be, such as granting someone access to critical facilities based on a uniform or a sob story.

Now that the passwords have been hashed, the hackers attempt to achieve authentication by breaking the password hash. They accomplish this by employing a Rainbow table, which is a set of pre-computed hashes of probable password combinations. Hackers can use the rainbow table to crack the hash, resulting in guessing your password. As a result, it retrieves the password hash from the system and eliminates any need to break it. Furthermore, it does not necessitate the discovery of the password itself. The breach is accomplished if the hash matches.

In a brute-force assault, the attacker attempts multiple password combinations until the correct one is identified. The attacker uses software to automate this process and run exhaustive password combinations in a substantially shorter length of time. With the growth of hardware and technology in recent years, such programs have been invigorated. It won't be quick if your password is more than a few characters lengthy, but it will eventually reveal your password. Brute force assaults can be sped up by throwing more processing resources at them.

But when learning how to crack passwords, consumers must be aware of the tools being used by hackers to attain the same. Now, you will go through some of these tools being circulated on the internet.

What Are Some Password-Cracking Tools?

Some of the tools being used to crack passwords are -

Now that you understand how to crack passwords using hash tables and ready-made tools, it’s time to look at ways to protect your credentials from falling prey to such techniques.

Some of the methods to prevent passwords from being cracked are-

With that covered, you have reached the end of this tutorial on how to crack passwords.

Get skilled in Cyber Security and beat hackers in their own game with the Certified Ethical Hacker Training Course! Enroll now!

In this tutorial on how to crack passwords, you learned the need for stronger passwords, the variety of techniques that can be used to break passwords and their hashes. You also covered tools that aid in this password cracking and ended the lesson with a few ways to protect your credentials from such nefarious tools.

Simplilearn offers a Post Graduate Program in Cyber Security that covers all topics that newbie and expert ethical hackers need to become proficient. Topics like network sniffing, enumeration, and risk assessment are taught to students to prepare them for interviews and future corporate careers. Because the information technology sector needs experienced cybersecurity experts, the time has come to learn about ethical hacking and get a head start in the cybersecurity industry.

Do you have any doubts or queries on how to crack passwords? Please leave your ideas and questions in the comment section below, and we will respond with answers.