Understanding The Difference Between Linear vs Logistic Regression

Lesson 11 of 33By Simplilearn 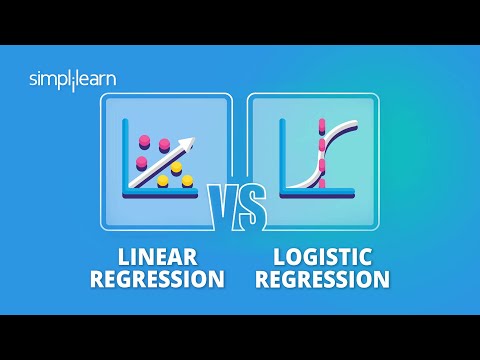 Regression is a statistical method that allows you to predict a dependent output variable based on the values of independent input variables.

You can understand regression better, using the diagram below. Using the given input variables or grocery ingredients, you can get a new output or dish. Here, Regression acts as a recipe used to find how these variables go together and the relationship between them.

Classification allows you to divide a given input into some pre-defined categories. The output is a discrete value, i.e., distinct, like 0/1, True/False, or a pre-defined output label class.

Simply put, classification is the process of segregating or classifying objects. It is a type of supervised learning method where input data is usually classified into output classes. It provides a mapping function to convert input values into known, discrete output classes. It can have multiple inputs and gives multiple outputs.

The diagram below clearly explains classification. Given a list of grocery items, you can separate them into different categories like vegetables, fruits, dairy products, groceries, etc., using classification.

What Is Linear Regression?

Linear Regression is a machine learning model used to predict output variable's values based on the value of input variables.

Also Read: How to Develop a Machine Learning Career?

Linear Regression finds the relationship between the input and output data by plotting a line that fits the input data and maps it onto the output. This line represents the mathematical relationship between the independent input variables and is called The Line of Best Fit. Ideally, it covers as many input variables as possible while leaving out the outliers or the noise. For your given data, the best fit is a straight line.

The equation which can be used to fit a line is the Equation of a Straight Line. The equation gives the output variable based on the input variable and inclination of the line. The line can be found using the following equation :

Figure 5: Equation of a straight line

In the above equation,
Y = Dependent Output Variable

b0 = Y-intercept, or the point at which the line meets the y-axis

b1  = Slope, or the inclination of the line

Using this line, you can find the output value for a given input variable by extending a line from the X-axis onto the line of best fit and seeing the corresponding Y-axis term. Consider the data that is displayed below, which tells you the sales corresponding to the amount spent on advertising.

Using Linear Regression, you can plot the graph of Sales vs. Advertising, and find the line of best fit between them, and, using that, find the values of the missing variable.

Using regression, given the advertisement amount, you can predict how many sales will take place.

What Is Logistic Regression?

The data is plotted, and it draws a curve to represent the relationship between the points in our data, which joins the various classes in our output. To classify values into these two categories, you need to set a threshold value between them.

It maps the values of the input values onto a categorical variable depending on their position relative to the threshold value. Values of Y above this threshold will be classified as category 1, and it will take values below the threshold as category 0.

Logistic Regression finds the relationship between points by first plotting a curve between the output classes. This curve is called a sigmoid, and the given equation is used to represent a sigmoid function. Y is the probability of output, c is a constant, X is the various dependent variables, and b0, b1 gives you the intercept values.

Suppose you have credit card numbers and their transaction history. You want to classify credit cards as fraudulent and legitimate. You can do this with Logistic Regression.

The table below lists the difference between these two supervised algorithms.

We hope this helped you understand the difference between Linear and Logistic Regression. To learn more about regression and machine learning, check out Simplilearn’s AI ML Certification. If you have any questions or doubts, mention them in this article's comments section, and we'll have our experts answer them for you at the earliest!