HomeResourcesCyber SecurityWhat are TCP and UDP, How Do They Work, and How Do They Compare? 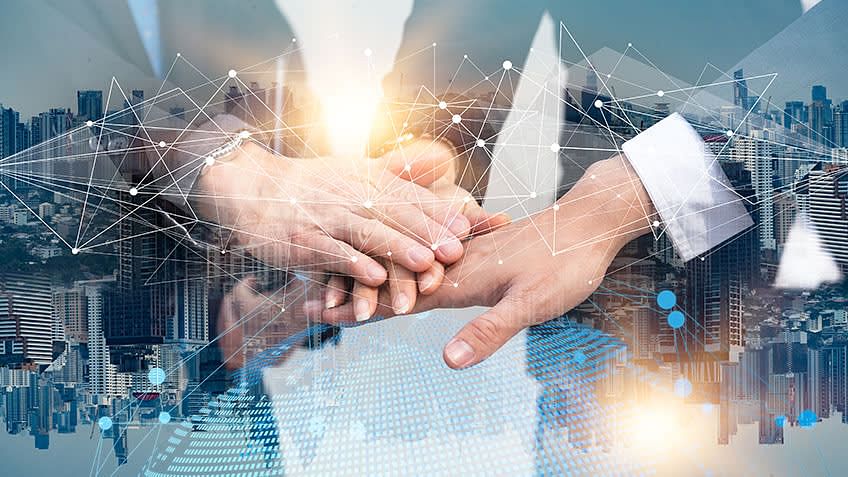 We’ve already had some permutation of the phrase “data is king” drummed into our heads for the past few years. Yes, data is knowledge, knowledge is power, and we live in the age of Big Data. Great! However, that data still needs to move from Point A to Point B.

That’s where data transfer protocols enter the picture. There are several different methods of moving data from one party to another, and we’re about to take a close look at two. But, first, we're tackling TCP vs UDP, including what they are, how they work, and how they compare.

But before answering the question “What are TCP and UDP,” let's talk about OSI network models.

The International Organization for Standardization created a conceptual model to allow different communication systems to talk using a standard protocol. That model is called the Open Systems Interconnection model, or OSI for short. Think of OSI as a universal language that lets computers of all kinds swap information.

OSI has seven layers, and each of them serves as a guide for how information is exchanged. The layers are:

TCP and UDP are Internet Protocols (IP), and IPs exist in the OSI’s network layer. Internet Protocols let you send emails to friends, download cat videos, or check your bank balance online. Consider IPs the FedEx or UPS of the Internet, delivering data packages to recipients.

What are TCP and UDP?

TCP stands for Transmission Control Protocol. TCP is a connection-oriented protocol, meaning that it requires an established connection before data can be transmitted between two locations. In addition, TCP features built-in systems that look for errors and guarantee that data gets delivered in the same order it’s sent.

However, TCP eats up bandwidth, a price you pay for sending and receiving web pages, images, and data files.

On the other hand, UDP stands for User Datagram Protocol, a more straightforward, connectionless Internet protocol that doesn't need error-checking and recovery services. UDP has no overhead for opening, maintaining, or terminating a connection. UDP continuously sends data to the recipient, regardless of whether they get it or not.

Although UDP isn’t the best choice for sending an e-mail, looking at a webpage, or downloading files, it’s great for real-time communications such as broadcast or multitasked network transmissions.

Let’s take a closer look at the differences between TCP and UDP while we answer the question “what are TCP and UDP.” We will see how the two protocols stack up in speed, bandwidth usage, error checking, and security.

What is the Difference Between TCP and UDP?

This convenient table shows you the differences between TCP and UDP at a quick glance:

Consider this analogy. You have two houses (A and B) separated by a deep trench filled with red-hot magma. You have a package of vital medicine that needs to go from House A to House B. There are two ways you can get the critical supplies across:

That first option guarantees the medicine will absolutely find its way into the hands of House B’s occupants. It just takes a little longer, relatively speaking. However, the second option takes no time to tie the package to a rock and throw it, but the missile may fall short and land in the magma. Perhaps some of the medication may fall out in transit. Or someone else might pick the package up. So yes, the second method is faster, but it’s less reliable.

What are TCP and UDP: Speed Comparison

We’ve hinted at how TCP and UDP compare in speed, but let’s look closer. UDP is faster than TCP because it supports a continuous stream of packets and dispenses with 'acknowledgment.' TCP always acknowledges packet sets, so it must retransmit every negative acknowledgment, which is needed when data packets get lost.

How the IP Works to Transfer Data

The process of moving data across the Internet is called "routing." Each source and destination have an IP address analogous to your home's address. A standard IPv4 address has a 32-bit number consisting of subnets, defined as segments of numbers divided by periods. Each subnet has up to three digits, for up to 12 digits or 15 characters if you include the periods.

The IP breaks down your data into smaller PDUs known as packets if using TCP or datagrams when using UDP. First, each bundle receives a label (header) that indicates the destination and source. Then, the data gets transferred through routers or gateways, containing information lists for different IP addresses and their respective domains across the Internet. The information moves from one gateway to the next until one of them eventually recognizes the package's destination.

What are TCP and UDP: Which is Better for Video Conferencing?

TCP flow controls are dependable but can’t recover missing data fast enough to be useful for real-time video conferences. After all, speed is essential. That’s why UPD is far better suited for video conferencing.

TCP vs. UDP Applications: When Is One Method Better Than the Other?

Here is a breakdown of the situations where one protocol is best used over the other.

Speaking of security issues, cybersecurity is a huge and growing concern in the IT world. As a result, security is a higher priority, with more sensitive data finding its way to the cloud. So if you're looking for a career that provides both a challenge and longevity, you should consider cybersecurity.

Simplilearn offers a Post Graduate Program in Cyber Security that helps you learn comprehensive approaches to protecting your infrastructure and securing data. You will acquire risk analysis and mitigation skills, cloud-based security, and compliance. In addition, you will get skills that range in complexity from foundational to advanced via industry-leading cyber security certification courses that make up the program.

According to Glassdoor, cybersecurity experts in the United States can earn a yearly average of $76,774. Payscale reports that cybersecurity professionals in India may make an annual average of ₹753,000.

So, what are you waiting for? Check out Simplilearn’s diverse cybersecurity offerings (over half a dozen different courses) and prepare yourself for a career that generously compensates you as you make the world’s data safe. Visit Simplilearn today!