HomeResourcesSoftware DevelopmentReactJS Tutorial: A Step-by-Step Guide To Learn ReactFlutter vs. React Native: Which One to Choose in 2023?

Flutter vs. React Native: Which One to Choose in 2023?

Lesson 6 of 11By Chinmayee Deshpande 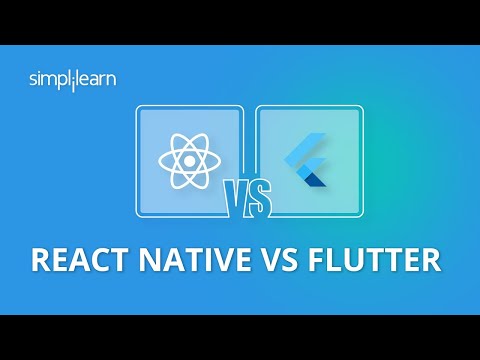 React Native and Flutter are both mobile app development technologies. They help build interactive applications for Android and iOS. Since they both serve the same purpose, it is crucial to understand the differences between them and choose the right one for you. This article on Flutter vs. React Native will help you with it. Now that you know what’s in store for you, let’s begin.

React Native is a framework that combines the best parts of native development with React to build user interfaces. It lets you build mobile apps using only JavaScript. These mobile applications are downloadable on Google Play Store and Apple Store.

Flutter is a cross-platform mobile app development framework developed by Google. It gives developers an easy way to build and deploy visually attractive, natively compiled applications for mobile (iOS, Android), web, and desktop, all using a single code base.

Now that you know what the two frameworks are, look at some of the differences between the two.

Here are some of the companies using React Native.

Some of the companies using Flutter are.

Now that you know the difference between the two, here’s a comprehensive table for your convenience.

So with that, you can conclude that in the battle of Flutter vs. React Native, React Native is a better option to use, at least for now.

We hope this article on Flutter vs. React Native gave you some clarity on the two frameworks. If you wish to learn React and become a frontend developer, then course certification will come in handy.

The React JS Training Course from Simplilearn will teach you the essentials of React, including JSX, props, state, and events, which is an important web framework for designing user interfaces. This Redux training course covers topics such as reducers, actions, and the state tree.

Do you have any questions that you'd want to ask us? Leave them as comments in the comments box if you have any suggestions or queries. Our experts will get back to you ASAP!