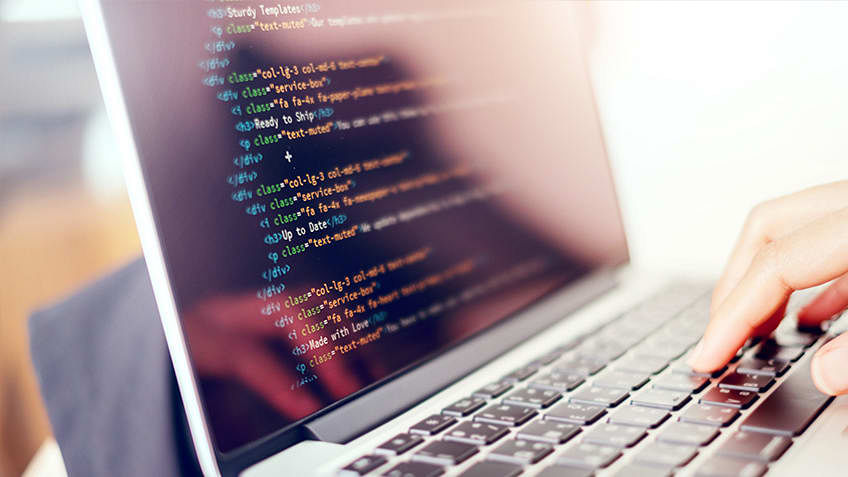 Over the last decade, Google (now restructured under the parent company Alphabet, Inc.) has diversified into practically every tech sector there is—from mobile devices, mobile operating software, and artificial intelligence to robotics and the Internet of Things (IoT). As one of the world’s biggest tech companies, it was only a matter of time before Google came up with its own programming language.

And so, in 2009, the Go programming language was born. Created by Robert Griesemer, Rob Pike, and Ken Thompson, Go (also known as Golang) is an open-source language that first began development in 2007.

“We set out to build a language for systems programming - the kinds of programs one might typically write in C or C++ - and we were surprised by Go’s utility as a general-purpose language. We had anticipated interest from C, C++, and Java programmers, but the flurry of interest from users of dynamically-typed languages like Python and JavaScript was unexpected. Go’s combination of native compilation, static typing, memory management, and lightweight syntax seemed to strike a chord with a broad cross-section of the programming community.”

Like many other Google projects, Go is open source, meaning that the programming language is open and freely available. This allows anyone to contribute to it by creating new proposals, and offering fixes to bugs, making the language faster and better for all users.

Go’s design takes inspiration from other languages like C, Algol, Pascal, Oberon, and Smalltalk. In particular, Go is derived primarily from the Oberon language. At the same time, its syntax is similar to C. Meanwhile, Go’s object-oriented programming (OOP) is similar to Smalltalk’s, except being able to attach methods to any type. Finally, Go’s concurrency is mostly taken from Newsqueak—another language developed by Golang co-creator Rob Pike.

While Go language is heavily inspired by C, it also comes with additional features, such as:

These are just a few of the many native features that allow developers to bypass writing long lines of code to handle memory leaks or networked applications. It’s for this reason that Go is particularly ideal for developing cloud-native applications and distributed networked services.

The fact that Go is such a new language (relative to industry stalwarts like C, Python, and Java) is also one of its main strengths. Go was designed at a time when multicore processors, computer networks, and large codebases were already the norm. As such, Go excels at learning quickly. It’s also a breeze to work with and easy to read—characteristics that have made it one of the world’s top programming languages a decade later. In fact, according to the TIOBE Index for October 2019, Go is the 17th top programming language.

Easy to Use and Read. Go may not have the popularity of JavaScript or Python, but it’s a top 20 programming language for a reason due to a crucial characteristic it shares with them: Go is easy to use and understand.

Go’s syntax is simple, with a forgiving learning curve that makes it more accessible to novice programmers. It also helps that there aren’t too many complex functions to learn. But apart from being friendlier to newbies, Go’s slick and clean syntax makes it perfect for legacy code that may need multiple programmers writing different versions of code on top of one another. And if you’re someone who is already proficient in C# or C++, learning Go should be more accessible due to its striking similarities to C.

Impressive Standard Library. Go users have access to an impressive standard library that comes packaged with the language, which saves the trouble of importing or learning complex secondary libraries.

Go’s standard library is sophisticated but not confusing, helping reduce the risk of issues from conflicting function names. For example, the addition of slices is one of Go’s best contributions to programming as it offers a more straightforward way of integrating data structures into code blocks. Go consolidates what would otherwise be complicated workarounds in different languages into a single line of code through its interface.

Strong Security. More often than not, simpler code is safer and more secure than complicated code. The same concept applies to Go. And because it’s a statically typed language, Go users don’t have to worry about having to avoid and look for hard-to-identify errors—challenges that are par for the course with more dynamic languages and their large number of variable types.

The inclusion of a garbage collector also helps prevent memory leaks. And while Go’s lack of generics means programmers need to be more careful when running tests, its ease of identifying errors compared to other languages means that Go lends itself to a more thorough approach to writing clean code.

The Google Name. This may not seem like an advantage per se, but Google’s size and stature in the tech industry promises a secure future for Go. Sure, Google has been known to bet big on ambitious projects and platforms (see Google Glass, Google Reader, Google+ and other products in the Google graveyard), it doesn’t look like the company will abandon Go anytime soon.

It also helps that some of the world’s biggest companies are using Go, with names such as Uber, Twitch, Medium, Docker, BBC, and Intel, all using the language in their projects. If anything, all of this goes to show that Go will likely be a fixture in Google’s architecture for many years to come. This also means that now is as good a time as any to learn Golang.

Intuitive Documentation. While Go’s appeal lies in its ease of writing and reading, it’s still important to document programs properly. The good news is that Go has standard policies for documenting all included functions and libraries. Google’s language also notifies programmers when they’ve forgotten to have documentation in place. This can be a godsend for novice programmers, who are often prone to falling into bad documentation habits as they learn to write code. Some of the IDEs that support GoLang are Eclipse, Vim, Visual Studio Code, LiteIDE, and JetBrains GoLand.

Of course, this isn’t to say that Go is a perfect language—no language is. We’ll take a closer look at some of Go’s common criticisms.

Lack of a GUI Library. Go is fantastic for developing single-page apps. However, it has no native GUI library, which means you’ll have to know how to connect a library to your app—something that would’ve been easy to do with Python or Java’s native solution.

Too Simple. One of Go’s primary strengths is also one of its most criticized flaws. As easy as it is to pick up Go, its simplicity also means it’s not as versatile as other languages. When you look at other languages like Rust and Haskell, these are often considered to have steeper learning curves due to their complexity. In exchange, however, they come with smart abstractions that provide programmers the versatility they need to do more with less. Go, unfortunately, does not have this kind of range.

No VM. Go’s runtime does not come with a virtual machine (VM), such as the one provided by Java. This was a conscious choice by its creators and offers distinct advantages that make Go easy and quick to use. But it also comes with tradeoffs.

For one, it doesn’t come with the primary advantage popular languages have when running on VMs: efficiency. VMs are all about writing efficient code, which means that Go files are significantly larger than competing programming languages. But it’s not all bad news. Google has been working on the efficiency of Go over the past few years. So, it’s only a matter of time until we say goodbye to the days of complex programs written with Go eating up a lot of RAM.

Go Has Yet to Mature. Compared to its contemporaries in the programming world, Go is still in its teenage years in terms of maturity. Go boasts a smart native library, but for now, it’s still a far cry from languages like Java and the support they enjoy from a cottage industry of libraries and an enthusiastic community.

Getting Started with the Go Programming Language

If you’re interested in pursuing a career in software development, it won’t hurt to pick up niche languages like Go. While it’s the new kid on the block next to more established languages like Java, Python, and C, its design strengths of cross-platform compatibility, simplicity, readability, and support for modern processors make it a relatively quick study.

Whether you’re someone who wishes to become a full-stack developer or a front-end developer, adding newer languages to your arsenal of programming skills should make you a more attractive hire with potential employers.

Python VS Go: What’s the Difference?