Lesson 3 of 4By Abhisar Ahuja 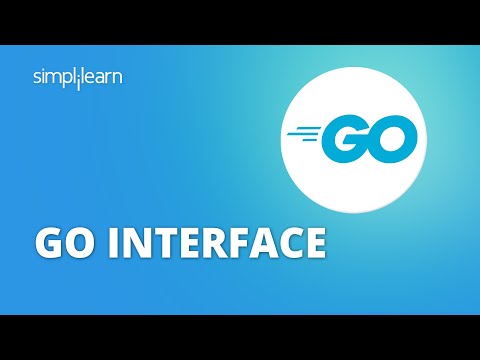 When dealing with complex applications, we choose the language which is compatible and can work smoothly with the requirements. There are numerous languages for every purpose you could think of. Similarly, different languages have different implementations of interfaces. In this article, you will go through the implementation of Go Interface.

What Is an Interface?

The key principle of an interface in Go is to provide method signatures for similar types of objects. Go does not have classes and inheritance to implement object orientation. Go has the interface, an abstract type to fulfill this purpose.

How to Create an Interface?

In Go, you can create an interface using the type keyword, followed by the name of the interface and the keyword interface. And, you can specify method signatures inside curly braces.

You will get to understand the creation of interfaces with examples.

Line no. 1 of the program above creates an interface type named Motorvehicle which has the method Mileage() and Average Speed().

Implementing an Interface in Go

To implement an interface in Go, you need to implement all the methods declared in the interface. Go Interfaces are implemented implicitly. Unlike Java, you don’t need to explicitly specify using the implements keyword.

We’ve created the Motorvehicle interface and the struct type BMW in the above program. Then we defined methods like Mileage and AverageSpeed, which belong to the BMW type. Therefore, BMW implemented those methods.

When a type implements an interface, a variable of that type can also be represented as the type of an interface. This shows an application similar to polymorphism.

A type can implement multiple interfaces.

You can find the dynamic value of an interface using the syntax i.(Type), where i is a variable of type interface and Type is a type that implements the interface.

From the above program, the interface variable m of type Motorvehicle has the dynamic value of struct type BMW. We have used m.(BMW) in variable b to extract value.

Now, we can use Mileage and AverageSpeed methods on b since b is a struct of type BMW and BMW implements these methods.

You have learnt interfaces and saw how they are similar to polymorphism. They are mostly used in the case of functions and methods which accept any value.

When multiple types implement the same interface, it becomes easy to work with them.

If you have queries or would like to provide your inputs to our editorial team regarding this “The Supreme Guide to Golang Interface” article, feel free to use the comments section below. Our team of SMEs will get back to you soon!