Lesson 1 of 4By Abhisar Ahuja 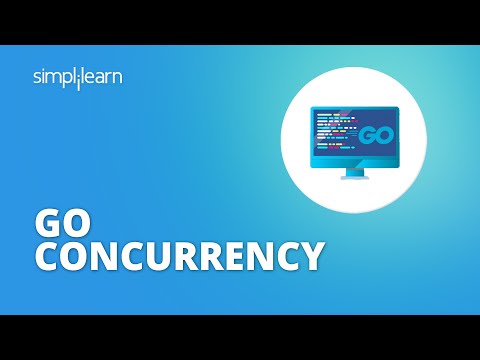 Go offers subprograms to run their actions simultaneously with the help of Concurrency. Various programming languages implement concurrency but Go does this with a twist. It doesn't follow the threading model for concurrency; it follows the Communicating Sequential Processes(CSP) model. Go supports concurrency with goroutines and channels. In this article, you will go through various aspects of Go Concurrency.

Concurrency is a process that deals with lots of activities operating simultaneously. Let's understand the concept with the help of an example.

Let's consider a person driving a car. While driving, he feels hungry and reaches a drive-thru and collects a food parcel. He halts his car into a parking lot, eats the food, and then starts driving again. Here, the person is capable of performing both actions simultaneously. But he performs actions in a sequence. This is concurrency.

How Is Parallelism Different From Concurrency?

Both produce the same result but with different approaches. Parallelism is the process to perform various actions simultaneously, particularly not in sequential order. Let's understand Parallelism with the same example.

Parallelism doesn't always result in faster execution time. In Parallelism, actions are performed parallely in multiple cores, creating the need for components to communicate with each other. Concurrent systems have a low communication overhead.

Popular programming languages like Python and Java use thread pools to execute concurrency whereas Go has built-in features, Goroutines and Channels to achieve Concurrency. Goroutines are much easier to manage than thread pools that are purely operated by the operating system. Go works on the Communicating Sequential Processes (CSP) concurrency model.

A goroutine is a function that executes concurrently with other functions or goroutines. Goroutines work in the background while the main part of your program goes on to do something else. Goroutines are not OS threads. To work with Goroutine, you have to prefix the go keyword to the function or method. A goroutine is a lightweight thread managed by the Go runtime.

Goroutines communicate with other elements through channels.

Channels can be thought of as a passage through which Goroutines communicate. The channel is defined using the make function and the chan keyword. Each channel has a specified type defined with it. This type of data is only allowed to be transported by the channel.

The zero value of a channel is nil and they are not of any use until defined. Channels are designed to prevent race conditions when accessing shared memory using Goroutines

We have seen in the article how Golang holds this amazing concept of Goroutines, that implements concurrency in its own way. This has been one of the reasons for Go's popularity. We have learnt how Goroutines work and how they communicate through channels.

If you have queries or would like to provide your inputs to our editorial team regarding this "The Supreme Guide to Go Concurrency" tutorial, feel free to use the comments section below. Our team of SMEs will get back to you soon!