A Guide to the Top PCM Career Options After 12th Grade

Most In-Demand and Highest Paying Jobs in Canada 2023 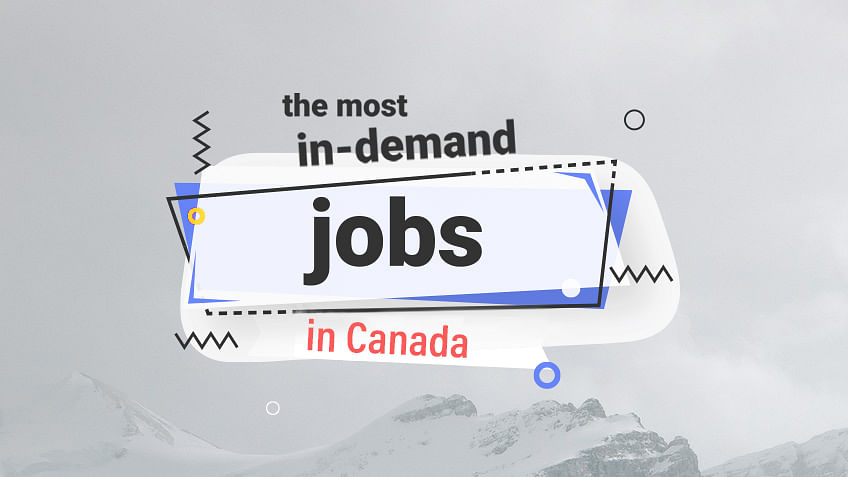 Career prospects in Canada offer great earning opportunities over the next five to ten years, as employers are facing skill shortages. According to Statistics Canada, the number of available job openings throughout Canada reached a record high of 912,600 in the third quarter of 2021. According to Ted Mallett, CFIB’s vice president and chief economist, “businesses will likely respond to these trends by investing more in the capital than labor, along with redistributing wages to key roles in the company.” The table below shows the vacancies by provinces in Canada.

IT was one of the fastest growing career segments in Canada in 2018. It also continues to attract attention in 2023 due to the booming technological landscape, since programming and development skills are particularly in demand. Technology is evolving at an unimaginable pace worldwide, and Canada is well positioned to capitalize on the technology boom, as it has already started to adopt emerging technologies like Artificial Intelligence, Agile delivery, Analytics, Security and Cloud services. The business-friendly policies and economy have already attracted giants such as Google, Microsoft, Amazon, and Facebook to establish delivery centers in Canada. Owing to the quick expansion, Canada’s tech sector earned the title of “the fastest growing industry in the country.” The IT industry offers some of the highest paying jobs in Canada today. In fact, in 2018, Toronto created more jobs than the San Francisco Bay Area, Seattle, and Washington D.C. combined, which speaks volumes for itself. Toronto has also leaped forward in the ranking of “talent markets”, even beating New York.

The figure above shows that just the city of Toronto, for example, is quickly becoming a booming North American technology hub on par with US cities, as per the New York Times in 2022. Additionally, the CBRE measured the growth potential of the market by focusing on the concentration of technological labor as a percentage of total employment.

Also Read: How to Become a Software Engineer?

Canada also offers employment-friendly programs, like the Global Talent Stream and Global Skills Strategy. Such programs facilitate the work permits to be processed in two weeks for the new immigrants with relevant skills. This means that if you have the relevant technology and IT skills, you will have your pick of the better Canadian employers.

As companies across the globe embark on digital transformation initiatives, enterprise-level IT functions must collaborate in more areas of the business sector than ever before, particularly in the areas of strategy and execution. This trend is driven by a desire to enhance the customer experience by creating top-of-the-line products, personalizing services, and eventually generating profits. At the same time, changing trends like this are creating challenges for technology leaders, including an increased number of projects and acute scarcity of technology workers. The supply and demand gap in Canada is increasing at a rapid pace, and according to research by Robert Half Technology, more than half of IT departments in North America are short-staffed or outright understaffed.

Employers may even increase salaries up to 10 percent for professionals who possess certain in-demand skills and abilities. Coding skills stand out as leaders of this particular pack. So if you have a strong technical background, coupled with a passion for coding and the relevant certifications to back you up, you're in a strong position in the technology job market.

Here are some of the highest paying jobs in Canada

According to the Randstad report, software developers are the highest paid in Canada in 2022. There is especially high demand for full-stack developers with a range of both front and back-end skills. Java, Python, and .net are among the top languages that employers look for. The average salary of a software developer in Canada is $93,615 per yea

As more and more companies go online for their businesses, employers are eager to bring in software professionals who are skilled in writing, modifying, integrating, and testing their products. Canada’s IT industry is set to expand and surpass many sectors along the way. This has caused a massive spike in demand for any kind of IT job in Canada. Here are the top IT jobs that pay well in Canada:

Subjects With the Highest Graduate Salaries

Here are the top 10 courses and certifications in demand in Canada in 2022:

When it comes to information security, CISSP tops the charts. CISSP is the oldest and most trusted certifications in IT, as it is built on the accumulated IT security expertise of the past 30 years. Additionally, Cisco’s network certifications are also one of the most sought-after in 2022, as per the Randstad report.

On the other hand, when we talk about showcasing skills of a project manager, then project management professional (PMP) takes the lead as the most sought-after certification. It's the undisputed gold standard certification offered by the Project Management Institute. Rounding out the list, Microsoft and Amazon's cloud-based services are immensely popular among businesses and with ome million+ enterprise customers. Consequently, cloud certifications will continue to be in demand for the foreseeable future. When you look at the big picture, it’s clear that the top IT certifications in 2022 are diverse and cover a wide range of IT skills.

For the most part (let’s be real, there are always outliers), the work environment in Canada is generally pleasant and positive. Productive communication and collaboration amongst team members in an organization is common.

Simplilearn offers most of the above courses through live in-person study or by virtual classroom at greater depth. The courses not only equip you with the fundamentals of the relevant technical skills, but they also help you to earn the relevant certifications. The course curriculum is developed and updated by more than 2000 renowned domain experts, technology gurus, learning and development specialists, and aligned with over 40 accreditation bodies. It provides the blended learning platform, consisting of online, instructor-led lessons, project work, and 24/7 assistance post-course completion. The curriculum also features hands-on labs to test the theoretical knowledge gained through the courses. These labs provide the students with confidence in clearing the certifications and equip them to eventually be able to apply the knowledge and skills in real-world problems.

Get enrolled in one of the hottest certifications courses that Simplilearn has to offer and make your Canadian dream come true!

The Most In-demand and Highest Paying Jobs in Australia 2023