HomeResourcesProject Management30+ Top Formulas to Memorize Before Your PMP® Exam

30+ Top Formulas to Memorize Before Your PMP® Exam 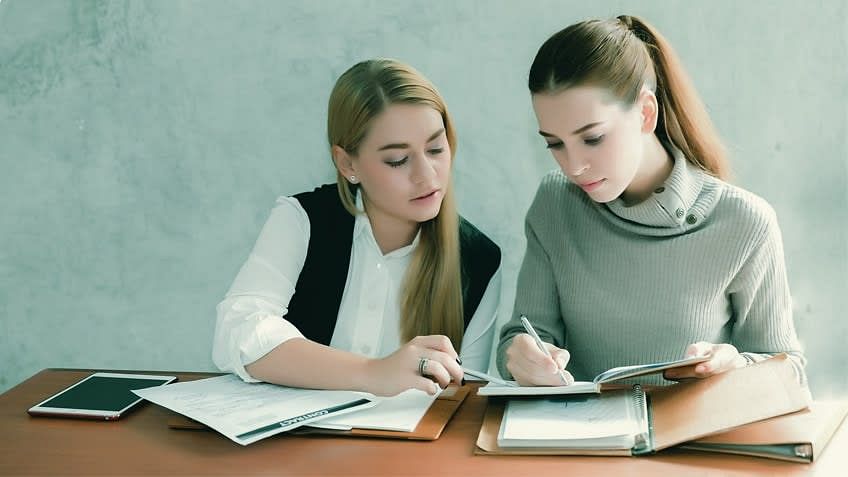 If you’re studying for the PMP® exam, you have probably already learned that you need to know some frequently used project management formulas—along with where to use them, how to use them, how to compute them, and most importantly, how to derive the values. In fact, many say that the most difficult part of the exam is learning all the PMP formulas. We’ve put together a list of cost management formulas that you’ll need to know, along with a breakdown of how and when to use them.

Take a look at the first four PMP formulas above and try to find out the commonalities in them. Not getting it yet? Yes, the easiest part is Earned Value (EV). It appears above in all the formulas, which means you have to derive the values of cost variance, schedule variance, cost performance index, and schedule performance index, keeping Earned Value in mind at first.

Earned Value comes before any other value. Most importantly, if you are working cost-related questions; think about the actual cost with Earned Value. If the question is about a schedule, think about planned value along with the earned value. If it is a matter of variance, you need to subtract actual cost and planned value from earned value—depending on the situation.

Since you will derive the estimate at completion, you need to focus on the actual costs incurred; only then can you obtain the future value you need for processing the project. See the above formula; it is used when the original estimate is fundamentally flawed. You use this formula to calculate an actual plus new estimate for the remaining work.

If you were asked during the examination whether you are a good project manager, working on the project as planned—i.e., are you able to maintain positive values in both CPI and SPI—in this case, you would use the above-mentioned formula from other PMP formulas. This formula is used when the original estimation is met without any deviation.

If you find yourself in bad shape during the project execution and have incurred more money on the project than expected or planned, use this formula to calculate the estimate at completion value. Again, your actual cost will be used first. one of the best from all PMP formulas.

This pmp formula is used to calculate actual to date plus the remaining budget changed based on performance—used when we believe the current ratio is typical as planned. In order to meet the schedule as decided earlier, we calculate the EAC accordingly to meet that schedule.

When planning a project, budget and duration are key factors. PERT (Project Evaluation and Review Technique) is used to estimate these two factors by considering three points of reference. An optimistic estimate, a pessimistic estimate, and a most likely estimate. This formula is expressed as follows.

Get up to INR 21 Lakhs After Clearing PMP Exam

The EMV formula calculates the monetary value of any project. Often, the parameters that factor into project management are unknown variables. The EMV formula determines what effect risk factors will have on the project. The formula is expressed as:

'P' is the probability of a certain event occurring.

'I' is the monetary impact of this event.

The values for the S, O, and D values can be obtained from FMEA Severity, Occurrence, and Detection tables.

Earned Value Management is a critically acclaimed method of determining project cost and schedule perspectives. The EV formula achieves this by calculating the earned value by factoring the project's total budget with the total percentage of project completion. This is expressed mathematically as:

Project managers use the cost variance formula to determine whether they are over or under budget. It is a simple subtraction formula expressed as

In simple terms, this formula lets you figure out the difference between what you planned on spending versus what you ended up spending.

Schedule variance is quite similar to cost variance. The key difference is that SV uses time as a point of reference when calculating the variance. This is expressed mathematically as:

This formula calculates the value of work done with respect to the work scheduled to be done.

The Cost Performance Index is a ranking system that determines the project's cost-effectiveness. This is achieved by dividing the earned value of the project by the actual cost of the project. Here is the formula:

If the CPI is a value that is 1 or greater than 1, it indicates that the project is running as per the budget.

The SPI formula quite simply calculates the progress of the project. By using the earned and planned value of the project, it is easy to determine if the project is on target.

An SPI value of 1 or higher indicates that the project is running on schedule.

Any of the above formulas can be used to figure out the estimate at completion.

The Variance at Completion formula is defined as a projection of the budget amount exceeded or leftover after the project. It is a simple subtraction formula expressed as follows:

The VAC can have a positive, negative, or zero value.

The Estimate to Complete formula gives the project manager an idea of the cost-performance index (CPI) that is required to complete the project. There are two ways to represent the formula:

Communication is one of the most important aspects of project management. The formula for finding the required number of communication channels considers the number of stakeholders in the project. It is represented as:

Where 'n' is the number of stakeholders.

As the formula shows, the more stakeholders involved, the higher the number of communication channels required.

22. Cost plus percentage of Cost Formula

This is a specific kind of contract between a buyer and a seller that is strikingly in favor of the seller. In this contract, the buyer agrees to pay the seller all the costs incurred as well as add a percentage of the total cost to the payment. Mathematically this is represented as:

Where 'n' is the percentage of the total cost that is added.

In this contract, the buyer agrees to pay the seller all the costs incurred as well as add a fixed fee to the total cost of the payment. Mathematically this is represented as:

Where 'n' is the fixed fee.

Cost Plus Award fee differs from cost plus a fixed fee in the way that this type of contract awards the seller a fixed amount of money based on pre-set guidelines. The formula remains the same.

Where 'n' is the award fee.

In this case, the seller is paid an incentive based on how quickly the project is completed. A fixed amount is decided as an incentive, and a condition is set to trigger that incentive. If the condition is triggered, the incentive is awarded.

Where 'n' is the incentive

A Return on Investment is a percentile rate at which the total amount invested in the project is recovered over a while. The formula is very simple, and it is represented as,

The payback period is quite simply the amount of time it takes for the investment amount of the project to be recovered.

The payback period is usually represented in months.

The project's cost-benefit ratio is a direct comparison between the project's initial investment and its value now. This is represented as:

If the number is greater than 1, there is a net profit on the initial investment. If it is less than 1, the investment is currently at a loss.

The future value formula helps us understand what a fixed amount of money in the present time will be worth at a given time. Future value can be calculated along with compound interest using the following formula:

n = time period in a number of months/years

Present value denotes the project's future value by adjusting today's money to inflation rates. This gives the project manager a great idea about how profitable the project is.

i = interest or discounting rate

n = time period in a number of months/years

A target price is an agreed-upon amount of money between the buyer and the seller. The target price includes the cost and any fee given to the seller above the cost. This simple addition is represented as:

The Point of Total Assumption is the cost tipping point beyond which the project will not make any profits. Beyond the PTA amount, all expenses are losses on the part of the seller. Here is the formula:

In order to best decide which PMP formulas to use and where to make sure you’re reading the question carefully and consider the hypothetical situation, a project manager would be in when faced with this sort of problem.

In addition to these important cost management formulas, you’ll want to stay current with any updates on the Project Management Institute website. Simplilearn offers online training for the PMP certification that delivers hands-on projects in scope management, time and cost management, and risk assessment, designed to prepare you as much as possible for the PMP® exam.