How to Communicate Brand Values Authentically

5 Signs You Need to Adjust Your PPC Campaign

How to Get More Customer Reviews and Ratings

Webinar Wrap-Up: How to Tell a Story With Digital Marketing Analytics 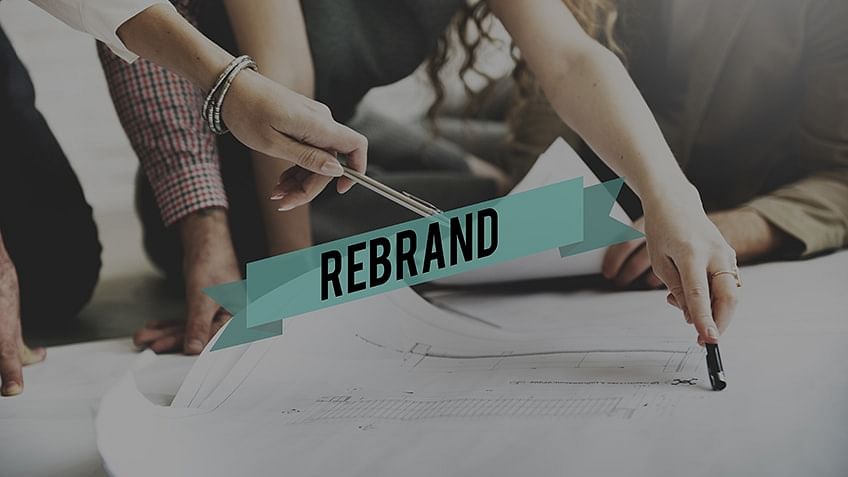 Rebranding is equal parts opportunity and risk. On the one hand, it gives you the chance to start fresh, to gain relevancy. On the other, rebranding – when done poorly – can set you back.

After all, rebranding is about more than a shiny, new logo. Here is list of top rebranding examples from which you can learn and apply them to your own business:

While the brand is synonymous with donuts, it no longer requires the actual word “donuts” to resonate with customers.

Its customers were already familiar with the shortened version due to the tagline, “America Runs on Dunkin’.”

Dunkin’ is an example of successful rebranding because it modernizes the experience for customers while staying true to its heritage.

The rebrand carries through from inside the store to the outside world, including a logo redesign, packaging designs, store remodels, and brand messaging on all advertising and marketing channels.

What You Can Learn: If you are going to change your name or part of it – make sure your customers can still identify with your brand (consider longtime customers as well as new). Carry the rebranding through from design to messaging for positive customer experience.

Tupperware is best known for its durable household products. And for the home parties where they’re sold – a relic of the 1970s the company hadn’t been able to shake until a rebrand.

While the company still competed in the product category worldwide – it created it, after all. It needed to become relevant again; not only for consumers but also (and perhaps, most importantly) for the people selling the products.

The rebrand was successful, with an updated look and feel as well as new messaging: “Confidence Becomes You.

What You Can Learn: Even legacy companies need a rebrand to appeal to consumers. To avoid alienating loyal customers, tie your new branding to your company origins. Explore the meaning of your brand in connection with how customers think, act, and behave in today’s world.

Domino’s (of pizza fame) was at a literal loss in 2009 when it held only a 9 percent share of the pizza restaurant market.

The company changed all that with a successful rebranding. And it focused on fixing what customers didn’t like about their products.

The result? By 2016, the company held a 15 percent share of the market and the highest customer loyalty among pizza chains. It was also one of the first companies to use chatbots to take orders via social media, meeting customers where and how they spend their time.

What You Can Learn: Rebranding can be a tool for positive change. If your brand is dealing with negative attention, then perhaps you can focus on how the brand plans to “make things right” for its customers. Tap into new technologies to show customers you are committed to their needs now – and in the future.

The rebranding of LEGO was so successful it has been called the most significant turnaround in corporate history.

The famous toy company, now nearly 90 years running, had at one time grown stale and outdated. By 2003, they were strapped for cash and faced crippling debt, falling out of favor with its core customer base – children.

Thankfully, those in charge saw a way out: they invested in what worked and got rid of what didn’t. They added digital channels to engage kids and parents and reestablished the brand as relevant once again. By adding movies and LEGO-themed entertainment venues to the franchise, LEGO extended its brand of fun and delight to new areas. And this led to further engaging their customers wherever they happened to be in the world.

The brand has even been called the “Apple of Toys” due to its growth and renewed popularity.

What You Can Learn: The most well-loved brands can become lost in a crowded industry. To recharge your brand, take a hard look at what customers enjoy about your company and focus on what you do best. Get back to basics and then focus on growth.

When Eircom – Ireland’s largest telecommunications company – shortened its name to Eir, it became the largest rebranding in Ireland in the last 20 years.

Not only did the telecom giant upgrade its services, but it also wholly streamlined its business architecture. And the brand transformed the brand identity to align with modern-day expectations.

The new name and design were implemented across all agencies, service fleets, and uniforms to maintain a consistent look and feel going into the future.

What You Can Learn: You can be the most massive name in the game, but to keep it that way you may need to rebrand. When you do, approach it through the eyes of your customers first. What do they need tomorrow, and what will they expect in five years, ten years, and further? Tie that direction into not only your new design but also the messaging you use across all channels.