HomeResourcesSoftware DevelopmentPython Tutorial for BeginnersPython For Loops Explained With Examples

Lesson 9 of 45By Aryan Gupta 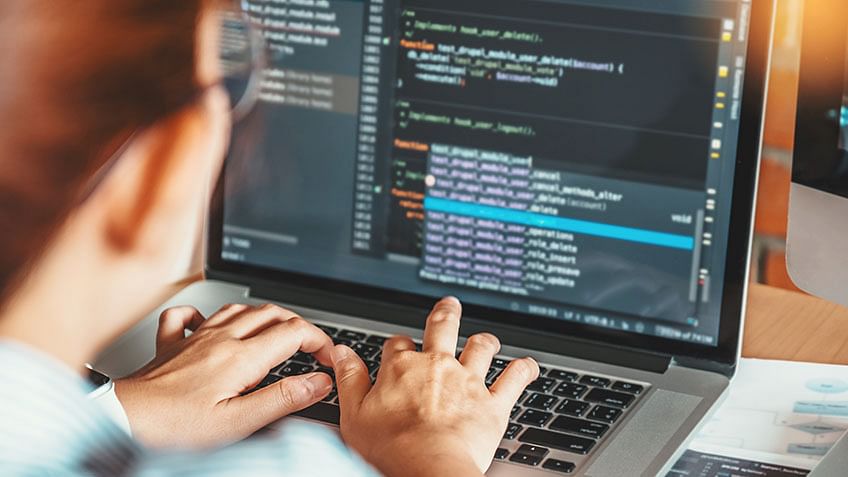 Python is a general-purpose, high-level programming language designed to be easy to read and execute. It is open-source, which means it is free to use. In this article, we will learn one of Python programming's fundamental looping statements: the Python for loop.

What Is for Loop in Python?

The for loop in Python is used to iterate over a sequence, which could be a list, tuple, array, or string.

Syntax: FOR COUNTER IN SEQUENCE:

The program operates as follows: We have assigned a variable, x, which is going to be a placeholder for every item in our iterable object. In this case, the variable “x” actually represents the elements in that list. Then, we print our variable, x. This process continues until all items are printed.

Break Statement in for Loop

The Python break statement is used to exit from the loop immediately after a certain condition is met.

Continue Statement in for Loop

The range() function executes a group of statements for a specified number of times.

The program operates as follows. When the for structure begins executing, the function

Else in for Loop

Python enables an else clause at the end of a for loop. The else part is executed if the loop terminates naturally.

In the above example, the for loop is executed first. After that, the else part is executed.

A loop inside another loop is called a nested loop. The inner loop will be performed once for each iteration of the outer loop.

Excessive nesting levels can make it difficult to follow the program. As a general rule, try to avoid using more than three levels of indentation.

To iterate over the indices in a sequence, we use the enumerate() function.

The enumerate() function adds the counter to iterable, which starts from zero by default.

We can loop through multiple lists at once. For this, we use the zip() function, which is built in the Python loop.

Question 1: Display a “simplilearn” message after successfully executing for loop

How to Iterate Over a String With a For Loop

A string with a For Loop can be iterated with the help of single, double or triple quotes for characters or numbers. Eg 'Hello World!' in single quotes, "hello" in double quotes or '''hello''' in triple quotes.

How to Iterate Over a List With a For Loop

Square bracket is used for a python list with a For Loop. Besides, There are various types of inbuilt functions in the list  that we can apply for particular tasks.

How to Iterate Over a Tuple With a For Loop

Tuple is used to hold data types by enclosing parentheses "()" and commas to separate every different element. Also, for index as an integer value, we write parenthesis in square bracket form ([1]).

How to Iterate Over a Set With For Loop

Usually items in a Set are kept in random form, they don't have a specific index. However, with the help of 'in' keyword and for loop in python, we can loop the items in set with specified value.

How to Iterate Over a Dictionary With For Loop

A Dictionary with a For Loop in Python can be used to return a value with specified rules.

In the below example, the dictionary function can return a value as well as a key concerning a particular item.

for loop With else Output

While loop in python is used to execute statements when the condition satisfies the true value. While loop requires to define a specific relevant variable such as indexing variable 'i' = 1.

This is similar to if statement when a while Statement has only a single statement. Thus it can be put with a header line.

This is my home!

for in Loop Syntax Output

For counter in sequence:

There are 3 different types of Loop control Statements in python, they are continue, break and pass concerning requirements of the loop.

Continue Statement in Python is used to iterate the next element in the loop by skipping the current iteration.

Break Statement in Python is used to exit from a loop under certain conditions. In the below example, the statement breaks at 'white' and only executes the elements before 'white' .

Pass Statement in Python is used when the user doesn't know which particular code should be written. This is also called a null statement. We usually write comments in the code, though it is ignored by the interpreter and there is no effect on code. However, with pass Statement can be used in conditional statement format to define the various elements.

How Does the "for" loop in Python Work Internally?

In this article, we have discussed Python for loop and its syntax different statements. We also provided a visual example that demonstrated how to use the break and continue statements in a Python for loop.

Python is an essential tool aspiring data scientists and analysts must know. If you’re interested in adding this skill to your professional tool belt, enroll in out Python Training Course today!