Interviewing and Following up – Landing on the Job of Your Choice 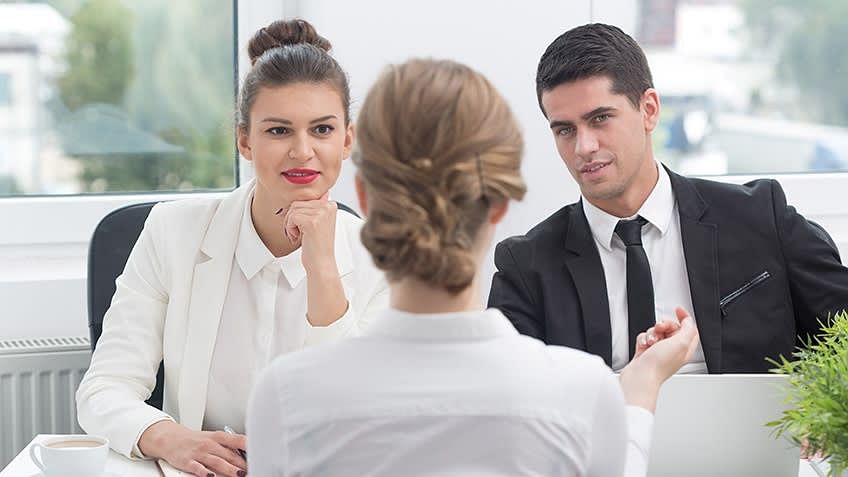 Being a young professional, you have just done the impossible in this highly competitive job market; aced an interview for a coveted position in a reputed company, that will open doors to a career you have always wanted. According to you, the interview went absolutely perfect. And yet, even after two weeks, you haven’t received any call or update on the status of how it went, much less on whether you have been short-listed for the role.

So, what now can be your next course of action?

You can either wait endlessly for the expected call, which might never come; or choose to follow-up and ask the recruiter concerned, as to the status of your job interview, whether you may like or even disagree with the outcome.

Following up on a Job Interview is as important as the interview itself. It is in fact, a part and parcel of the job search process. A 2012 Accounttemps (http://accountemps.rhi.mediaroom.com/thank-you) survey, to assess whether job seekers follow-up with HR professionals, helped them gain an advantage in the interview process, revealed that 91% of them liked being thanked post the interview.

There are many ways of conveying this gratitude and basically following up with the job interview. And this can have a major impact on the selection process.


Why Follow up After an Interview and How Can it be Beneficial?

A post-interview follow-up is an opportunity to touch base with your interviewer, to convey one of several things;

Following-up on an interview should be done mandatorily, because employers being busy themselves most often oversee truly deserving candidates. Getting in touch with them, ideally after 24 hours, will bring you back into their focus again.

Doing this follow-up properly is as important as the interview process itself. There should be a certain amount of tact, respect and understanding involved, without making the communication seem too pushy or aggressive.

A few things that can be kept in mind, depending on the interview itself and the circumstances thereafter include;

* Your enthusiasm and interest in the job
* Emphasise your experience and skills, and why you feel you are the best candidate.


Why is following up after a Job Interview so important?

Being selected for a job interview, means that you have been considered a serious contender by the company for the job. Losing such an opportunity only because you didn’t follow up, will put paid to all your hopes in getting it. It is therefore very important to spend a little time in following up every single job interview, either through emails, phone calls or even in-person if required.

A 2011 data released by CareerBuilder, () shows that about 22% of recruiters are less likely to hire a job seeker if they haven’t received a ‘thank you’ from him, because they believe it reflects a lack of follow-through and shows that they are not serious about the opportunity.

By following up, you are reminding the recruiter that you're a strong candidate for the job, are sufficiently qualified and that you should be given serious consideration.

As has been seen, sending an email is today considered the best and quickest way to reach the recruiter, and a sure way of getting his response on the requirement.

Some things that need to be kept in mind when writing one, include;

Although sending an email is considered the best way to follow-up on an interview, making a follow up phone call (especially if you have been using this as a way to interact with the recruiter previously), can help in your selection for the job. Besides saying thanks that you had been considered, you can interact and share your key qualifications and anything else that you might have missed earlier.

Contrary to what is generally thought most recruiters don't mind getting a phone call after an interview. Another Accountemps survey has found that besides emails, phone call was the next best way to get in touch with the job interviewer.

A phone call is better than emails in some way, because it provides an opportunity for open discussion, rather than a one-sided email or note. It also means conversing with the interviewer and getting another opportunity to sell yourself to him.

Even if the decision to select another candidate may have already been done, a follow-up mail or call will ensure that you are still in contention for the role, or have suitably impressed your recruiter for he/she to get in touch with you at a future date.

Job Interview Statistics and Trends for 2023