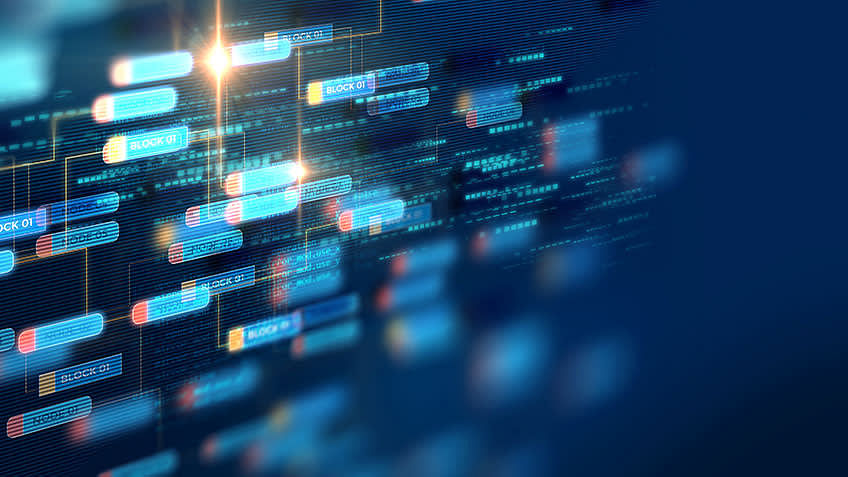 Blockchain first gained wide recognition as the record-keeping technology behind the Bitcoin network. But blockchain’s benefits go far beyond cryptocurrency. Industries from banking and insurance, to art dealers and established tech companies, are implementing blockchain into their operations.

Blockchain is also being used to manage and sign contracts, and audit product origin. It can be used in voting platforms, managing titles and deeds, and other applications. Basically, blockchain can be applied to any multi-step transaction needing verification and traceability.

With its benefits and versatility, the market for blockchain technology is growing by leaps and bounds.

If you’re interested in taking the leap in and learning about the brave new world of blockchain technology, Simplilearn is launching its new Professional Blockchain Certification Training, in partnership with the Indian Institute of Technology, Kanpur (IIT Kanpur).

Professional Blockchain Certification Training will provide you with expertise in applications such as:

Kickstart Your Blockchain Career With Us!

Consider the opportunities and growth in blockchain technology:

Blockchain began in 1991 as a way to store digital data so that it could not be modified. It was subsequently used to form the Bitcoin cryptocurrency.

Simply put, blockchain is an open, distributed public ledger that can be accessed by several parties involved in a transaction. It records information in a way that makes it difficult to change, hack, or cheat the system. It can provide secure transactions, reduce compliance costs and speed up data transfer processing.

Blockchain differentiates from a traditional database in how it stores information and data.

Blockchain can be used to:

Some of the notable players operating in the blockchain technology market include IBM Corporation, Microsoft, Linux Foundation, BTL Group Ltd., and many more.

Get Started Today on This Blockchain Certification Program

This is your perfect opportunity to take a bold step and learn about — and start a rewarding career in — the expanding world of blockchain. Simplilearn makes learning about blockchain easy, providing instruction via live, online classes with a faculty support team intent on helping you succeed. In this program, students receive over 70 hours of applied learning, the opportunity to work on real-world projects in interactive labs, masterclasses from IIT Kanpur faculty, a capstone project — and, upon completion, a blockchain certificate from Simplilearn and IIT Kanpur.

Whether you’re looking to expand your skills, launch a new career, or just want to learn more about the technology behind cryptocurrency, Simplilearn’s Professional Blockchain Certification Training, in partnership with IIT Kanpur, will open you up to new possibilities.