The Ultimate Java Cheat Sheet for 2023 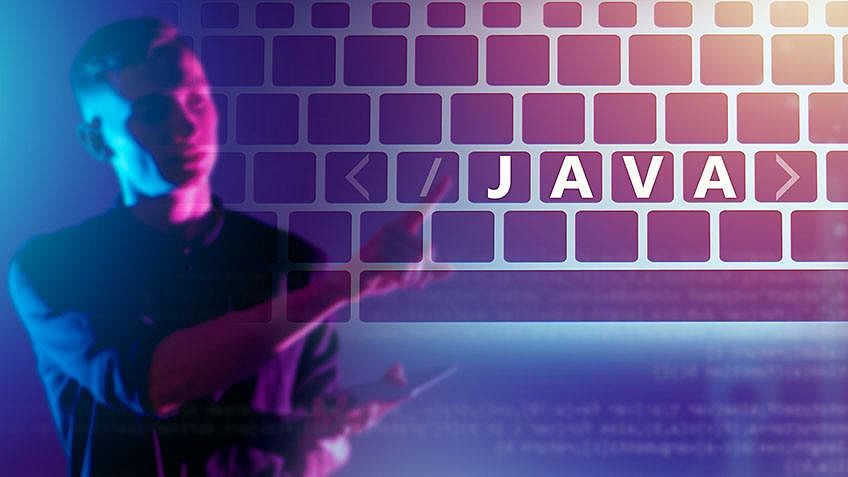 Are you a Java developer looking to save time and increase your productivity? Look no further than the Ultimate Java Cheat Sheet! This comprehensive guide provides you with everything you need to know to get the most out of Java programming, from basic syntax to advanced tips and tricks. Get ready to become a Java power user!

Editor: To create the program, any text editor can be used.

Compiler: To compile your program, use “javac Hello World.java”.

There are different types of built-in data types and the details are provided below in the form of a table.

JavaScript only supports floating-point numbers. Internally, integers appear in two ways. To begin, most JavaScript engines save a small enough number without a decimal fraction as an integer (for example, with 31 bits) and keep that representation as long as possible. If the magnitude of a number becomes too large or a decimal fraction emerges, it must return to a floating point representation.

To get the smallest value of x and y, use the Math.min(x,y) method.

The square root of x is returned using the Math.sqrt(x) method.

To call a library, add it to your classpath, which you can provide with the -cp parameter in the javac and java commands. As long as you do this, you can use classes from a library in the same way that you would use a conventional Java class or a class you created: they are all simply Java classes.

Java, like any other dynamic language, has a variety of data types such as boolean, char, int, unsigned int, signed int, float, double, and long, with each data type requiring a different amount of memory space. When you assign a value from one data type to another, the two types may not be compatible. If the data types are compatible, Java will automatically conduct the conversion, which is known as automatic type conversion; otherwise, they must be cast or converted explicitly.

Anatomy of an if Statement

The if statement is used to provide a block of JavaScript code which will be executed if a condition is met.

A JavaScript error will be generated if uppercase letters (If or IF) are used.

If and If-Else Statements

Anatomy of a While Loop

Anatomy of a for Loop

A for loop is made up of two parts: a header and a body. The iteration is defined in the header and the code is executed once for every iteration in the body. A loop counter or loop variable is frequently declared explicitly in the header. This permits the body to determine which iteration is being carried out.

The Java for loop is used to iterate over a section of code numerous times. If the number of iterations is fixed, a for loop is preferred. There are three types of loops.

The Java do-while loop is used to loop through a section of code until the specified condition is met. If the number of iterations is not fixed and the loop must be executed at least once, a do-while loop is advised.

An object which includes components of the same data type is called an array and its elements are stored in a continuous memory area.

Two-dimensional arrays are considered as an array of arrays and it is organized into matrices, which are collections of rows and columns. However, 2D arrays are designed to provide a data structure that resembles a relational database. The syntax for declaring a 2D array is given below.

The file stdlib.jar combines all of our standard libraries into a single file. To use the libraries, include stdlib.jar in your Java classpath. There are numerous options. Here are the two suggested approaches:

Get the Must-Have Skills of a Web Developer

In Java, there are two methods for formatting the output:

There are two input methods:

The Scanner class (java.util.Scanner) is a text scanner that divides input into tokens depending on a delimiter pattern such as space (default), semi-colon, and tab.

All function definitions in Java must be contained within classes. Functions are also referred to as methods.

Java Object getClass(): This returns the class name of the object.

Java Object hashCode(): This returns the hashcode value of the object.

Java Object toString(): It converts an object into a string.

Java Object equals(): It checks if two objects are equal.

Java Object clone(): It creates a copy of the object.

The Java Random class generates a stream of pseudorandom numbers. Random class algorithms employ a protected utility method that can deliver up to 32 pseudo randomly generated bits on each call.

Math and statistics libraries: The standard Java library's math support is relatively minimal, with only methods like a log for computing the logarithm, exp for computing the exponent and other fundamental methods.

The java command-line argument is an argument that is given when the Java program is run.

A program that reads keyboard input can likewise read text file input. This is known as input redirection, and it is a part of most operating systems' command line interfaces.

Java is a programming language that is object-oriented. In Java, everything is related to classes and objects, as well as their characteristics and methods.

An instance variable is one that is unique to a particular object. It is declared within the class's curly braces but outside of any methods.

To initialize objects in Java, a special method called constructors is used. Whenever an object of a class is called, the constructor is created.

Classes can be defined as a user-defined prototype or blueprint used to create objects in Java.

The Color data type in Java encodes color values using the RGB color model, which defines color as three integers (each between 0 and 255) that reflect the intensity of the color's red, green and blue components.

The Java Scanner class allows the user to accept console input which is also a part of the java.util package.

With its I/O package, Java includes a number of Streams that assist the user in performing all input-output activities.

The javalib package includes a variety of basic image classes as well as combinators for constructing more sophisticated images from existing images.

The stack is a linear data structure that is used to hold a collection of objects in Last-In-First-Out order (LIFO).

A queue is a data structure that operates on the FIFO (First-In-First-Out) principle, which means that elements are added to the end of the list and deleted from the beginning.

Iterable is a Java interface that allows you to access the components of a collection one by one.

A symbol table is used to record the occurrence of various entities such as objects, classes, variable names, interface names and function names.

A graph is a data structure for storing connected data, such as a social networking platform's network of people. A graph is made up of vertices and edges. The entity (for example, individuals) is represented by a vertex, and the link between entities is represented by an edge.

Hope this article was able to give you a snapshot of everything when it comes to learning Java. If you are looking to enhance your software development skills further, we would highly recommend you to check Simplilearn’s Post Graduate Program in Full Stack Web Development. This course, in collaboration with Caltech CTME, can help you gain the right skills and make you job-ready in no time.