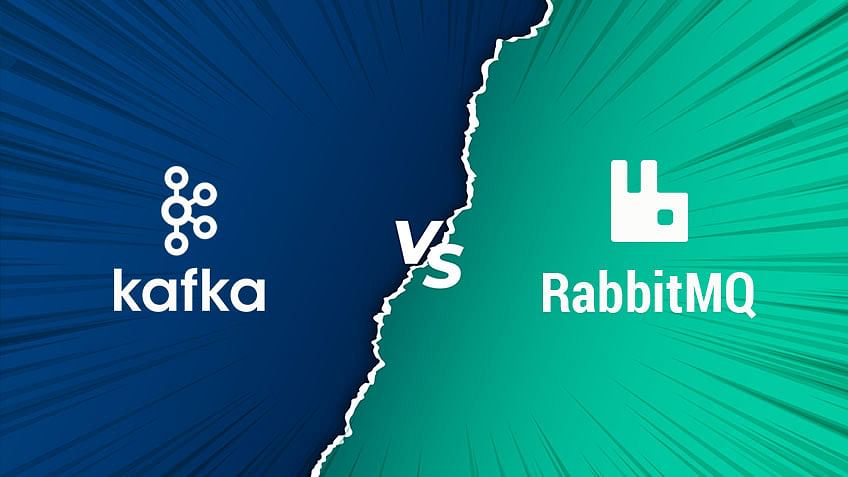 Also Read: How to Become a Data Engineer?

Understanding the Differences Between RabbitMQ vs Kafka

Requirements and Use Cases

In the initial stages, there was considerable difference in design between RabbitMQ and Kafka, and a difference in requirements and use cases. While RabbitMQ’s message broker design was an excellent choice for use cases having specific routing needs and pre message guarantees, Kafka’s append only log meant developers could assess the stream history and more direct stream processing. The Venn diagram of use cases fulfilled by the two technologies was quite tight. There were situations where one was evidently a better choice than the other.

However, this balance will soon be altered. RabbitMQ, besides providing its traditional queue model, will present a new data structure modeling an append-only log, with non-destructive consuming semantics. This new data structure will be an interesting addition for RabbitMQ users looking to enhance their streaming use case.

The developer experience of RabbitMQ and Kafka has been quite similar, with the list of clients and libraries continually rising due to the work of their respective communities. There has been a steady growth in the client library lists of both. As more languages and frameworks are getting popular, it has become easier to find a well-supported and complete library for RabbitMQ and Kafka.

The client library implementation of Kafka streams have grown substantially, making it easier for developers to process streaming data. The implementation is used for reading data from Kafka, processing it, and writing it to another Kafka queue. Plus, ksqlDB can help developers looking to develop streaming applications leveraging their familiarity with relational databases.

Both RabbitMQ and Kafka provide built in tools for managing security and operations. Plus, both platforms offer third-party tools that enhance monitoring metrics from nodes, clusters, queues, etc.

The emergence of Kubernetes in recent times has led to allowing infrastructure operators run both Kafka and RabbitMQ on Kubernetes.

While RabbitMQ comes with a browser based API to manage users and queues, Kafka provides features like Transport Layer Security (TLS) encryption, and JAAS (Java Authentication and Authorization Service). Both Kafka and RabbitMQ support role-based access control (RBAC), and Simple Authentication and Security Layer (SASL) authentication. In Kafka, you can even control security policies through command line interface (CLI).

It can be hard to quantify performance with so many variables involved like how the service is configured, how the code interacts with it, and the hardware. Even things like network, memory and disk speed can significantly impact service performance. Although RabbitMQ and Kafka are optimized for performance, make sure to configure your use case for maximum efficiency.

For RabbitMQ, refer to how-to guides for maximum performance. Keep in mind things to consider while building clusters, how to benchmark and size your cluster, how to make your code interact with them for optimized performance, how to manage queue size and connections, and taking care about how end user consumes messages.

Similarly, running Kafka in production guides cover key points on how to configure Kafka cluster, things to keep in mind for running Kafka on JVM, and more.

Deciding between Kafka and RabbitMQ can be tricky, especially with both platforms improving every day, and the margins of advantage getting smaller. Your decision will however depend on your specific user case.

While Kafka is best suited for big data use cases requiring the best throughput, RabbitMQ is perfect for low latency message delivery and complex routing.

There are some common use cases for both Kafka and RabbitMQ. Both can be used as component of microservices architecture providing connection between producing and consuming apps. Another commo use case can be as message buffer, providing a temporary location for message storage while consuming apps are unavailable, or fixing spikes in producer-generated messages.

Both Kafka and RabbitMQ technologies can handle huge amounts of messages - though in different ways – each being suitable for subtly varying use cases.

Which Should You Learn in 2022 - Kafka vs RabbitMQ?

According to Payscale, data engineers can earn an annual average of USD 92,325, with an upper range of around USD 132,000.