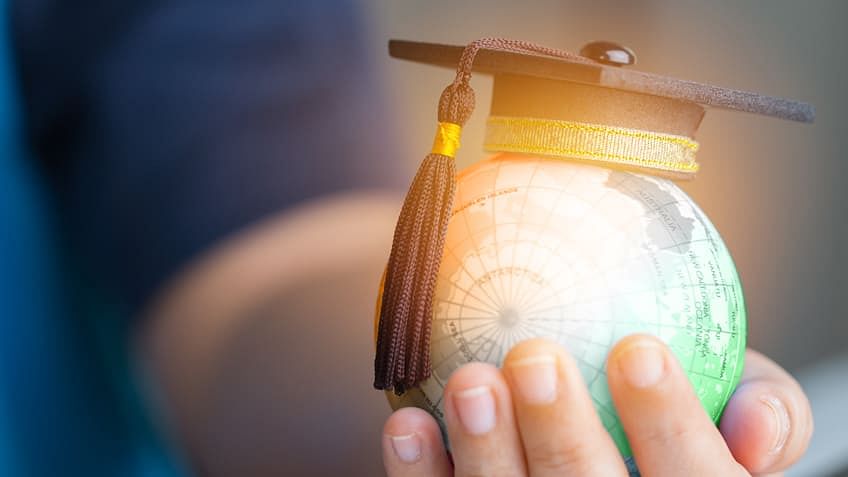 The recent ASU-GSV Summit brought together entrepreneurs, investors, and thought leaders in the field of education innovation for five days of webinars, panel discussions, and keynote presentations. This global event covered education from K-12 childhood education, to higher education, to ongoing learning and upskilling for adults in the workforce.

Simplilearn sponsored a panel on the topic, “India EdTech Goes Global.” Krishna Kumar, Simplilearn’s founder and CEO, hosted two entrepreneurs and two investors in the field of EdTech in India:

The panel discussed the development of EdTech in India, its expansion to global markets, and the opportunities and challenges facing the industry.

Quizizz is a Bangalore-based firm oriented to K-12 education. It has over 15 million users in the United States. Krishna asked Ankit Gupta how he spotted the opportunity in the US market.

Ankit replied that the vision of Quizizz from the start was to create an education platform to serve the world. Soon after the company launched, it found adoption from users around the world - but especially in the USA. As the company built out its platform, grew, and expanded, other geographies started to catch up to the USA adoption rate.

In 2010, Arpit and his team were not looking at a specific market but rather a problem in education to be solved. India has a strong cultural focus on math and tech but a low penetration of networks and network-capable personal devices, so students relied on tech labs in schools. By contrast, the USA had a high penetration of devices and networks in classrooms and a similar math and tech focus. Because India lagged in classroom tech, it made sense to address the US market first.

However, some Indian investors were not as familiar as SplashLearn was with the US consumer market, and so the company needed to help educate them and align them with their vision. Krishna asked whether this has improved over time, helped by the success of Indian SaaS companies in the global market. Arpit agreed that this has been a factor in Indian investors shifting even more to a global focus.

Ankit noted that Quizizz had a lot of information and experience with customer needs and wants based on their usage of their platform. This experience-driven data helped convince Indian investors of the value of Quizizz’s business. With 15 million users in the US, Quizizz develops insights into US consumer behavior by staying close to their user community, which for them is teachers. Quizizz has engaged with their teacher base to understand their needs and to shape the company’s product plans. Teachers are very passionate about how they do their jobs, and Quizizz has tapped into their passion.

The View From the Investor’s Side

Krishna was curious to learn from Amit Patel when and how Owl, a US-based venture fund, became involved with the EdTech market in India. Amit responded that Owl's focus has been the EdTech sector from its founding. Owl has been tracking the EdTech sector in India since it started. Amit pointed out that education is a $6 trillion global market, and Owl believes India will be a hub in global EdTech. India has one of the largest student populations in the world, India is investing in access to connectivity and devices, and Indian culture places a tremendous value on education.

Owl’s investment in WhiteHat Jr. and ByJu’s was a part of their global strategy focus from the start. The Indian market for these companies was very attractive, and both of them had the ability and desire to go after the global market. They were able to implement their global strategy very soon after startup.

Krishna noted that GV Ravishankar sits on boards of several Indian EdTech companies that have grown large. He asked GV whether their strategy was to penetrate the Indian market more deeply or to go international.

In his answer, GV noted that the Indian market has 270 million students in school, and current market penetration fo EdTech in India is still low. ByJu’s innovation of personalized learning journeys delivered online was something that few competitors were doing.

As to the global market, one barrier to penetration particularly in the US is the general availability of free public education. which most US parents feel is adequate to their needs. This makes them reluctant to pay for supplemental education. ByJu’s partnership with Disney helped in a couple of ways. The initial goal was to raise the brand profile of ByJu’s and increase consumer trust in the brand. Soon, however, ByJu’s realized that access to Disney’s IP - including Disney and Marvel characters - would help us make their products more engaging to students.

Krishna asked GV for advice to young entrepreneurs building EdTech businesses today. When should they look at expanding to international business?

GV recognizes the lure of international markets is very strong. An entrepreneur should look at that aspect of the business early on. If the business can serve and appeal to international customers and leverage the advantages of being based in India, such as the depth of human capital. the business will be positioned to compete globally. Krishna compared this to the IT services sector, where Indian companies have grown to be among the largest in the world.

Krishna then noted that Owl invests across the spectrum of EdTech and at all stages of a company's lifecycle. He asked where Amit sees opportunities for Indian EdTech entrepreneurs today.

The panel’s answers to these and many other questions went into great detail and offered many actionable insights for EdTech entrepreneurs. You can watch the video of the entire session.

As an EdTech entrepreneur, you need a reliable partner to help you upskill your own tech workforce. Simplilearn offers a broad range of upskilling programs and courses across all aspects of the digital economy, which you can browse through.

Find Post Graduate Program in Data Analytics in these cities