Decision Intelligence: The Trending Tool in the Data Scientist’s Kit 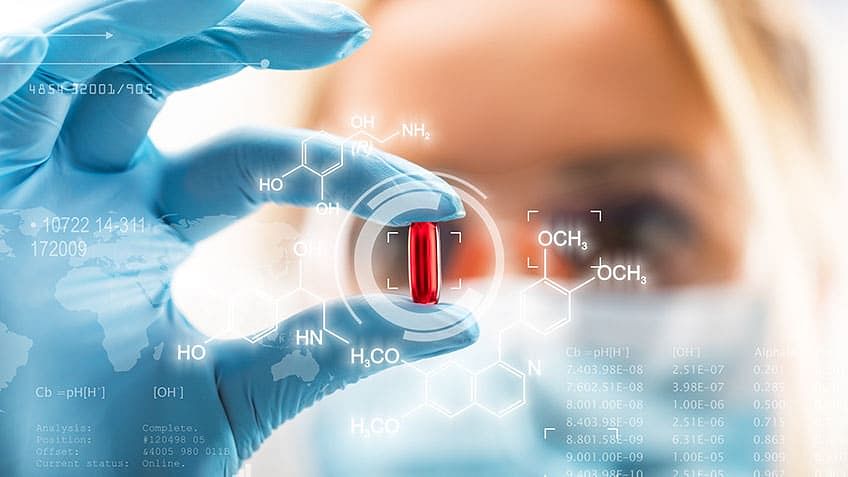 You’ve probably read the horror stories about antibiotic-resistant bacteria—most famously staphylococcus aureus (MRSA), which has wreaked havoc in hospitals around the world. An estimated 10 million people could die annually from these superbugs by 2050 if no appreciable gains are made against antibiotic-resistant microbes, according to outgoing UK chief medical officer Sally Davies. The good news is that researchers recently achieved a breakthrough in this battle with the help of artificial intelligence (AI) and machine learning in particular.

We’ll take a look at how scientists were able to apply the latest machine learning techniques to build neural networks in the effort to accomplish crucial antibiotic discovery in a way never thought possible. And while organizations of all kinds are desperate for more AI talent, the latest antibiotic discoveries using AI have opened up a new frontier for professionals working in this cutting edge field.

Accelerate your career with the Post Graduate Program in AI and Machine Learning with Purdue University collaborated with IBM. Enroll now!

Researchers at the Massachusetts Institute of Technology (MIT) made history in February when they announced the discovery of a novel new antibiotic capable of killing a whole range of bacteria strains that were resistant to all other antibiotics. Superbugs against which this new antibiotic has proven useful include Acinetobacter baumannii and Enterobacteriaceae, which are two of the top three antibiotic-resistant bacteria strains considered the highest priority by the World Health Organization.

What does it mean to be “antibiotic-resistant?” To put it simply, bacteria quickly evolve when confronted with antibiotics. The stronger bacteria that survive a round of antibiotics multiply and become tomorrow’s superbugs. The overuse of antibiotics is partly to blame (since they clear out the weaker microbes). However, failure to develop next-generation antibiotics to treat these newer, more-deadly microbes presents an even greater risk. Ideally, newer drugs would target superbugs in novel ways that make adaptation (i.e., drug resistance) that much more difficult.

This brings us to halicin, and the breakthrough antibiotic developed at MIT with a significant assist from machine learning technology. Given its AI origins, researchers named it after Hal, the intelligent program operating the ship in the novel (and film) 2001: A Space Odyssey. Thankfully, halicin isn’t malevolent like its namesake Hal and shows promise for saving countless human lives. Most promising is the inability of bacteria to adapt to halicin, unlike so many other antibiotics that end up having short lifespans while causing the emergence of new superbugs.

It’s still too early to release halicin for general use. Still, it has been shown to kill the microbe responsible for tuberculosis, in addition to the previously mentioned superbugs, in trials using mice. But without the use of AI, researchers say this achievement would have been impossible.

Rise of the Machines: How Machine Learning Techniques Revolutionized the Battle Against Superbugs

To truly appreciate the benefit of using machine learning for drug discovery, it helps to understand how it’s usually done. Scientists typically mine massive databases containing more than 1 billion molecules in search of those that have certain known properties (based on their molecular structure or class). AI has been used to help in this endeavor for several years, but it has been a painstaking process that’s limited by what scientists already know.

For instance, they may look for substances with a particular structure based on what tends to work well against a given type of microbe. It’s a targeted process but not very granular or extensive (think of it as using a limited set of “known knowns”), yielding a massive amount of potential candidates that need to be examined more closely. Scientists must then obtain or create these substances and physically test them in the lab before they’re able to determine whether they have potential and narrow down the candidates.

In addition to testing on the bacteria strain and measuring how quickly it adapts, researchers have to ensure that it’s not harmful to humans. This results in a very long and costly discovery process that scares away many would-be antibiotic developers.

In contrast, MIT researchers were able to train a deep learning algorithm (a neural network) on 107 million compounds from a database of 1.5 billion. Three days later, they had a short-list of 23 compounds, two of which showed promise. Instead of starting with certain known properties, the algorithm learns how to predict the function of molecules without any preconceived notions of how antibiotics typically work, MIT researcher (and co-author of the study) Regina Barzilay explained in a Nature article.

“As a result, the model can learn new patterns unknown to human experts,” Barzilay said.

This means drug researchers can use AI (and machine learning in particular) to help them think outside of the box when discovering new antibiotics while dramatically reducing the time it takes to get them to market. The neural network is instrumental in narrowing down the potential drug candidates to just a few before they’re tested in the lab, often highlighting substances that work in entirely new ways. This also may encourage more drug companies to help with the battle against superbugs.

What’s Next for AI in Antibiotic Development?

MIT researchers now want to turn their attention to the more than 1 billion other substances in their database as they continue their search for potential solutions to the superbug crisis. Such an efficient process for finding a few needles in the haystack—testing more than 100 million substances—would have been unthinkable before.

This process also has the potential to develop drugs that are more selective in how they operate. For instance, Barzilay said she hopes to find substances that spare the beneficial gut bacteria while focusing solely on those microbes that cause illness. Scientists also have expressed interest in going beyond known molecules and creating substances entirely from scratch based on what they discover through their neural networks.

As for halicin, the most promising antibiotic to come along in a while, the researchers who discovered it hope to partner with an organization to develop it further and get it into clinical trials. It’s an exciting time for antibiotic research, to say the least!

Interested for a career in machine learning? Try answering these Machine Learning multiple choice questions and know where you stand.

Whether you hope to track down tomorrow’s most promising antibiotic or have other ambitions in technology or the business world, there’s no denying the impact artificial intelligence is having on the future. In fact, AI is becoming a factor across virtually all industries and disciplines, not just within IT companies. The technology is advancing so rapidly that there’s no better time than now to get on board. All it takes is a laptop and an internet connection to receive world-class training from today’s leaders in the field. Simplilearn’s unique Blended Learning approach is proven to help you master the skills necessary to achieve success in your field. Some of our top AI courses include the following: