HomeResourcesSoftware DevelopmentWhat Are Non-Fungible Tokens and Why Do They Matter? 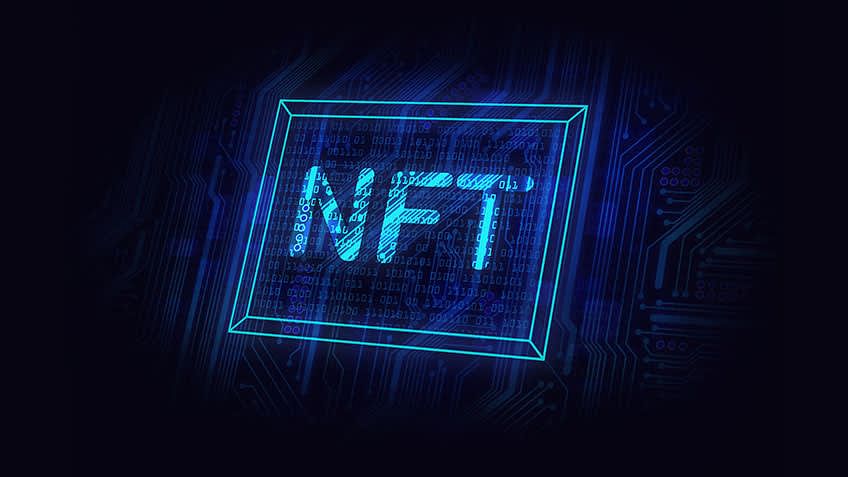 The digital world we live in is getting more and more digital. Today, individual consumers are making the jump into purchasing unique digital content themselves, and we’re not just talking about owning a copy. They are called non-fungible tokens (NFTs), and they are adding a new chapter in the booming blockchain story.

An NFT is a unit of data on a digital ledger (blockchain), representing a unique digital item, so they are not interchangeable. They can represent digital files such as art, audio, videos, gaming content, or even digital artwork. The digital files can be reproduced, but the NFTs are tracked on the blockchain to provide verifiable proof of ownership. Bitcoins, on the other hand, are fungible, meaning one can be traded for another as the exact same thing. NFT content is unique.

Why Are Non-Fungible Tokens Becoming Popular?

NFTs have actually been around since 2015, but they are now experiencing a resurgence thanks to several factors. First, and perhaps most obviously, is the normalization and excitement of cryptocurrencies and the underlying blockchain frameworks. Beyond the technology itself is the combination of fandom, the economics of royalties, and the laws of scarcity. Consumers all want to get in on the opportunity to own unique digital content and potentially hold them as a type of investment.

When someone buys the non-fungible token, they gain ownership of the content, but it can still make its way over the internet. In this way, an NFT can gain popularity — the more it’s seen online, the more value it develops. When the asset is sold, the original creator gets a 10 percent cut, with the platform getting a small percentage and the current owner getting the rest of that revenue. Thus, there is potential for ongoing revenue from popular digital assets as they are bought and sold over time.

Authenticity is the name of the game with NFTs. Digital collectibles contain distinguishing information that make them distinct from any other NFT and easily verifiable, thanks to the blockchain. Creating and circulating fake collectibles doesn’t work because each item can be traced back to the original creator or issuer. And unlike cryptocurrencies, they can’t be directly exchanged with one another (like baseball cards in real life) because no two are exactly the same.

NBA Top Shot Is a Hot NFT Use Case

One of the most popular non-fungible tokens in recent days is NBA Top Shot, a partnership between Dapper Labs (makers of the CryptoKitties game) and the National Basketball Association (NBA). The NBA licenses individual highlight video reels, among other content, to Dapper Labs, and they digitize the footage and make it available for sale to consumers. Each reel shows a video clip, such as a famous player's basketball dunk, some featuring different angles and digital artwork to make them unique. Even if someone made a perfect copy of the video, it can be instantly recognizable as a counterfeit. The venture has already generated $230 million in sales, and the company just also received $305 million in funding from a group that includes Michael Jordan and Kevin Durant.

These video reels are selling at high prices. Among the most popular:

These unique NBA moments are minted and released into the marketplace via “pack drops.” The most common sell for only nine dollars, but more exclusive packs can sell for much more.

According to a recent report from Forbes, the NFT market has grown 705 percent to $338 million in value at the end of 2020, from just $42 million in value just three years ago. Forbes goes on to say that many stars are getting in on the action, including actor William Shatner who sold memorabilia from his career as virtual trading cards on the Wax blockchain. Regular 5-card packs sold for only $5 each, but one of the rarest cards sold recently for $6,800. In another example, YouTube star Logan Paul sold $5 million worth of his own NFT — a cartoon image of himself styled as a Pokémon trainer. The sky seems to be the limit with what can and will be created in the NFT market.

It All Starts with Blockchain

Non-fungible tokens wouldn’t exist without blockchain foundations to prove their authenticity. Across industries, there is growing demand for technology professionals who have blockchain expertise, including building and managing blockchain networks, deploying smart contracts, and understanding how cryptocurrencies work. NFTs represent one of the more visible and exciting markets in the blockchain space.

When You Should Use Non-Branded Keywords in PPC Advertising