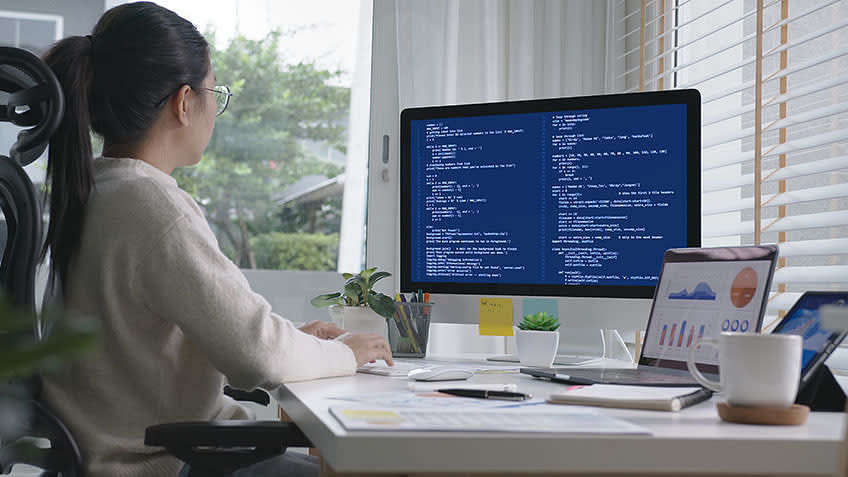 Everybody’s online today. It doesn’t matter if it’s about commerce, government, fandom, utilities, gaming, banking, social media, or your average everyday citizen with an internet connection — everybody who has a connection is on the internet.

Consequently, there’s a greater demand for engaging, user-friendly websites for visitors to interact with, make purchases, do research, play games, or fall into the proverbial internet rabbit hole of entertainment. That’s why the IT world turns to web development to get those well-designed websites created and launched.

But first, a quick word about the Python language.

Python is a general-purpose, high-level, object-oriented programming language that has made tremendous strides in popularity thanks to its ease of use, even among non-programmers. It features a simple, easy-to-use syntax, and strong modular support.

Since the demand for programming skills has outpaced the number of available programmers, more non-programmers have taken up the slack, and Python makes it easy. RedMonk’s popularity rankings, based on Stack Overflow and GitHub data, show Python knocking Java out of the number two spot in programming language popularity. However, fewer programmers are working with Python compared to more relatively complex languages like Java.

What Is Web Development?

Web development is the catch-all term for conceptualizing, creating, deploying, and operating web applications and application programming interfaces (API) for the internet. It usually involves the front end, which entails everything that interacts with the user, and the back end, which requires business logic and database interaction.

So, if you’re trying to create a website or a web application, you’re engaging in web development. Since the demand for websites and apps is more significant than ever, it’s a much-needed skill and occupation.

What Are the Pros and Cons of Using Python for Web Development?

Let’s explore the reasons why Python is ideal for web development, and even some reasons why it may not always be the best choice. We’ll begin with the good stuff first.

No language is perfect, and that includes Python. Here are some reasons why Python may not be well suited for your development needs.

How to Accomplish Python Web Development

If you want to master Python web development, you should follow these steps.You don’t have to be a programmer to tackle this but there are specific skills and concepts that you should become familiar with before taking on development tasks. This roadmap assumes that you’re already familiar with things like browsers, the internet, HTTP, hosting, and DNS.

You Too Can Learn Python Web Development!

There is a greater demand for Python developers and programmers, as the language gains in popularity. Even if you’re already a programmer, it’s always a smart idea to upskill by branching out into other programming languages, so why not learn a highly regarded language like Python?

Simplilearn offers a Python certification course that teaches you Python’s basics, data operations, conditional statements, shell scripting, and Django. This course gives you hands-on development experience and prepares you for an exciting career as a professional Python programmer.

Indeed reports that Python developers can earn an average of USD 111,080 annually in the United States and ₹576,770 in India.

Whether you want to start a new career or add valuable skills to your current programming career, check out Simplilearn today and master Python web development!