HomeResourcesCloud Computing3 Reasons Why the Cloud Is Safer Than You Think

3 Reasons Why the Cloud Is Safer Than You Think 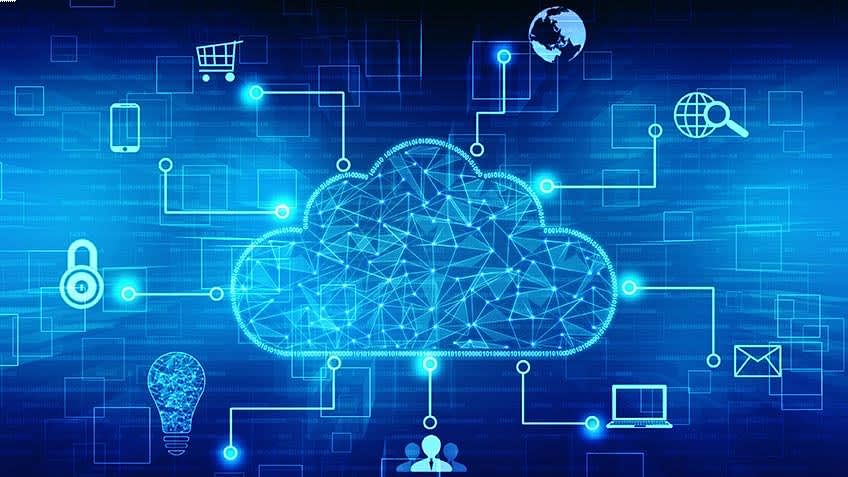 There is a natural element of skepticism and caution that follows in the wake of any newly introduced innovation. Generally speaking, people tend to fear the unknown. New technology, when first rolled out without adequate time for people to become familiar with it, resides firmly in the borders of the undiscovered country. Cloud computing is one of the most recent examples of new tech that resulted in a big splash in the data processing world, is fostering feelings of suspicion and reluctance in some circles.

It certainly doesn’t help matters when one reads accounts of hackers gaining access to celebrity photos that happened to reside in cloud storage, like the much-publicized incident a few years back. In fact, these tales tend to reinforce the idea that everyone’s information is best left stored on legacy systems, validating the notion that the cloud isn’t a secure place to store information.

However, a few accounts of data breaches notwithstanding, the cloud is an extremely safe method of storing information. Granted, the idea that your information resides not safely under your own roof, but rather elsewhere under the stewardship of strangers, is something that needs acclimating to but, overall, it’s worth it. An increasing number of businesses are coming around to this idea; Forbes predicts that the total global cloud market will increase by $31 billion this year, and continue to grow at a 22% annual compound rate in subsequent years.

If you’re wondering about cloud safety, consider the following points.

Passwords Are The Key

Many people who are nervous about cloud security point to the data breach several years back, where hackers accessed private photos of a number of celebrities and uploaded them to the public. The images were gained by hacking into people’s iCloud accounts, although not from a direct attack on the cloud centers themselves.

While such a breach of privacy is certainly enough to give anyone pause, remember that the hackers gained access mostly by employing what’s known as “brute force” software, which cycles through a variety of password combinations until it gets a hit. There is a speculation that these hackers also made some attacks by getting the users to click on a compromised URL link.

Furthermore, the New York Times points out that most of those attacks were against traditional servers, and not against the large public clouds.

Keeping this in mind, potential users can take advantage of the cloud service with few worries, provided they follow the two most common rules of online activity: create a tough password, and don’t click on strange links. In the former case, remember that a lot of your information is out there and experienced hackers can make a good guess based on that data. For instance, if your social media has a lot of references to your dog Skipper, that name would make for one extremely poor password.

This doesn’t mean constantly repeating yourself, though the mental image is amusing to contemplate. In this case, the redundancy describes data storage methods. Back in the mists of time (which is about ten years ago, as far as Information Technology is concerned), the Rule of Three held sway over data backups. Simply put, the Rule states that users should make three copies of their important data, using several different storage methods (e.g. flash drive, cloud, portable hard drive), and keep them in different locations.

Cloud providers follow this very same Rule of Three today but, in this case, most providers store three copies of customers’ data in three different locations. So, even if one data center location was somehow rendered inoperative (power outage, fire, flood, locusts), there are two other locations with copies of the data. What are the odds that all three locales would suddenly become unavailable simultaneously? It’s possible, yes, but not probable.

According to InfoWorld, the public cloud has the advantage of being less complex, not depending on older tech. As a rule, most on-premises systems (also referred to as legacy systems) are comprised of elements from different computer eras, a kind of a mish-mash of technology from the past few decades. It’s hardly surprising if you think about it. Picture, if you will, a brand new data center, circa 1999. It starts off with some servers, and then eventually adds more storage, as the demand for space grows. Somewhere down the line, the data center adds a LAN, routers, modems, and other telecommunications gear to the mix.

As time goes on and more people are accessing data and expecting more functionality, the center subscribes to a new anti-virus program and email security software and also purchases a few more external drives. All of this happens over the course of fifteen years and now, these pieces of old tech (both hardware and software) aren’t advanced enough to provide adequate safeguards against intrusion. The system becomes a sitting duck for intrusions.

Cloud storage avoids this pitfall because this new technology doesn’t have to deal with trying to make all of these components work together in the first place. Cloud storage is clean and simple, and as the old saying goes, “The more complex the plumbing, the easier it is to clog the drain!”.

Who Else Is Using Your Data?

Just because you’re careful and conscientious when handling sensitive data doesn’t mean the next person is. Sadly, all it takes is one weak link in the chain to expose that data to outside tampering. Fortunately, cloud storage empowers you to control data access. You’re the only who calls the shots on who can read that data and, even more importantly, who can modify it.

Sharing on the cloud brings an extra dimension of security while facilitating data sharing and collaboration. In today’s business environment of rapid changes, having a quick way to get data out to various members of the team could make the difference between staying ahead of the competition by reacting quickly, and lagging behind due to accessibility issues.

So, when you get right down to it, though there’s no such thing as a totally 100% infallible system, the cloud is your best bet for data security. Just follow some basic rules of common sense, and there should be no problems.

The Cloud Offers Career Opportunities Too…

Thanks to the increased popularity of the cloud, there is a greater need for professionals who possess strong skills in managing data on the cloud. With Simplilearn’s AWS SysOps Associate Training, you will establish your expertise in deploying, managing and operating highly scalable systems on the Amazon Web Services (AWS) cloud platform. As a prerequisite to the DevOps Engineer certification, this course will help you migrate on-premise applications to AWS, control the flow of data to and from AWS, master the AWS management console, implement operational cost controls, and enhance your ability to leverage AWS resources and services in the most efficient way.

The AWS SysOps Associate certification training program is designed to give you hands-on exposure to the highly scalable Amazon Web Services (AWS) cloud platform, giving you technical expertise in deploying, managing and operating the fault-tolerant system on AWS. This course will empower you to choose the most appropriate and cost-effective cloud services, and deploy and manage full-scale production operations on AWS. The course is designed by AWS experts to help you pass the AWS SysOps Associate Exam on your first attempt.

You will learn how to analyze various CloudWatch metrics, the major monitoring solution in AWS, and learn to build scalable fault-tolerant architecture using ELB, AS and Route 53. You’ll gain a deep understanding of cost-reduction opportunities, tagging in analysis, cloud deployment and provisioning with CloudFormation. You will also learn data management and storage using EC2, EBS, S3, Glacier, and data lifecycle, and get an overview of AWS networking and security.

If you want to get on board the cloud train, this is a great way to get your started. Rather than having your head in the clouds, place your career goals there!