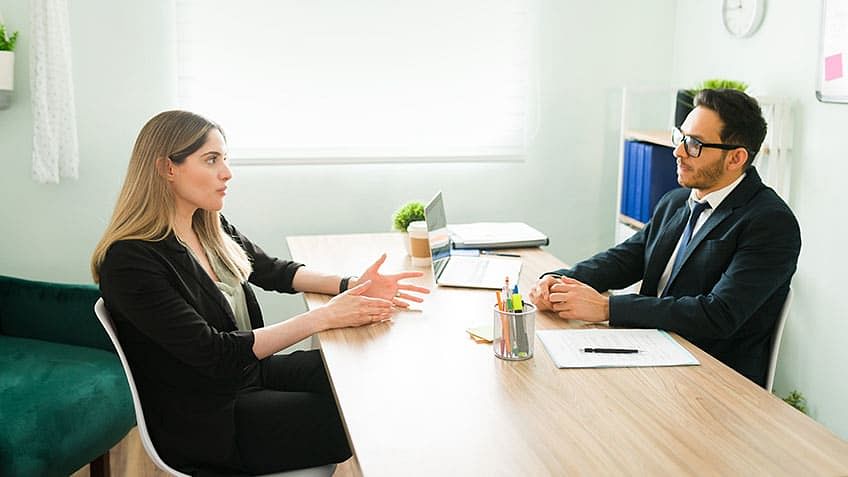 The future of iOS app developers looks bright because of the rise in the number of iOS users. iOS and Apple’s loyal customer base have led to innovative devices such as Apple Watch and Apple TV. There would be no better time to become an iOS developer. If you are willing to break into mobile development, look no further. We have compiled a list of top iOS interview questions that will help you shine in your next iOS job interview. The list comprises questions spanning all levels of difficulty. Sometimes even experienced candidates mess up the basics, so do not ignore them. You will also find some questions that are common to any mobile development interview. So, let us get started!

1. What is meant by Enumerations or Enum?

A class type containing a group of related items under the same umbrella, but it is impossible to create an instance of it.

Let's look at the next iOS interview question.

2. What do you understand by Memento Pattern?

A design pattern in which you can save stuff somewhere. This externalized state can be later restored without violating encapsulation and maintaining the privacy of data. iOS has specialized implementations of the pattern and uses it as a part of State Restoration.

3. What is the lazy property in swift?

When the property is called for the first time, an initial value of the lazy stored properties is calculated. In many situations, lazy properties come handy to developers.

4. What do you know about TVMLKit?

TVMLKit is the glue between JavaScript, TVML, and the native tvOS application.

5. What are the three significant benefits of guard statement?

6. What is the difference between ‘bundle ID’ and ‘app ID’?

The bundle ID is specified in Xcode, and it defines each App. A single project can have multiple targets and can output multiple apps. Use: it is branded multiple ways and has both free/lite and full/pro versions.

App ID is used to identify one or more apps from a single development team. It is a two-part string with a period(.) separating Team ID and bundle IF search string. The bundle ID search string is supplied by the developer, while Apple supplies the Team ID.

7. From where should UIKit classes be used?

UIKit classes should be used from the application’s main thread only.

8. When an app is launched, what are its state transitions like?

Before launch, an app is not said to be running. After a brief transition through the inactive state, it moves to the background or the active state when it is launched.

9. What do you understand by iBeacons?

iBeacon is the technology standard by Apple that allows mobile apps to listen from signs from beacons and react accordingly. This technology allows Mobile Apps to understand their position and deliver hyper-contextual content to users based on their location. The underlying technology is Bluetooth Low Energy.

11. Give the difference between nonatomic and atomic properties. Which is preferred

Atomic properties always return a fully initialized object. However, it comes at the cost of performance. If there is a property that you know has no risk on initializing value, then set it to nonatomic can gain a bit of performance.

Both of these methods are present in AppDelegate.swift file and are used to add functionality to the App when the App is going to be launched.

The rendering options are:

A temporary container for multiple values is called a tuple. It is a list comma-separated type and is enclosed in parentheses.

15. What is meant by QOS in app development?

QOS stands for Quality of Service.

16. Give the use of KVC or Key-value coding.

KVC is used to access a property or value with the help of a string.

17. What are the essential certificates for issuing and developing apps, either Android or iOS?

The certificate types are:

In iOS, ‘assign’ is used to create an orientation from one object to the other without raising the retain count of the source object.

The ‘reuseIdentifier’ is used to group all the similar rows from UITableView.

The three different methods to reduce app size are:

21. What is the difference between retaining and copy?

22. What do you understand by category? When is it used?

23. Out of viewDidLoad and viewDidAppear, which should be used to load data from a remote server to display in the view?

It is dependent on the data’s use case. If data is static and is not likely to change, it can be loaded in viewDidLoad and cached. Whereas, if data changes regularly, use viewDidAppear to load it.

Like an interface in Java, the protocol defines a list of optional and required methods that a class can/must implement to adopt the protocol. Any class can define a protocol, and other classes can send protocol method-based messages to the class without knowing its type.

25. What is MVC? Tell about its implementation in iOS.

MVC or Model View Controller is a design pattern that defines how logic will be separated when the user interface is implemented. In iOS, UIView is the base class provided by Apple for all views, and UIViewController is provided to support the Controller, which listens to events in a View and updates it when data changes.

26. What do you understand by dynamic dispatch?

The process of selecting which implementation of a polymorphic operation to call at run time is called Dynamic dispatch. It is used when we need to invoke our methods like the object method.

27. What is a Responder chain?

A ResponderChain is a hierarchy of objects that have the chance of responding to the received events.

28. Give a brief about the singleton pattern.

The Singleton pattern is a design pattern that ensures only one instance exists for a given class and that instance has a global access point. When needed for the first time, it generally uses lazy loading to create a single instance.

The benefits are as follows:

The ‘defer’ keyword provides a block of code executed in cases when execution leaves the current scope.

As an iOS developer, you should stay updated with the changes in the iOS community. Follow Apple developer news, read blogs, listen to podcasts and be keen to learn new things. You might not be questioned on this, but it makes you stand out in an interview. If you want to go ahead in your journey as an iOS developer, the best way is to sign up for iOS app development certification training. Explore, practice, and do not forget to skim through our list of top iOS interview questions before your next interview.