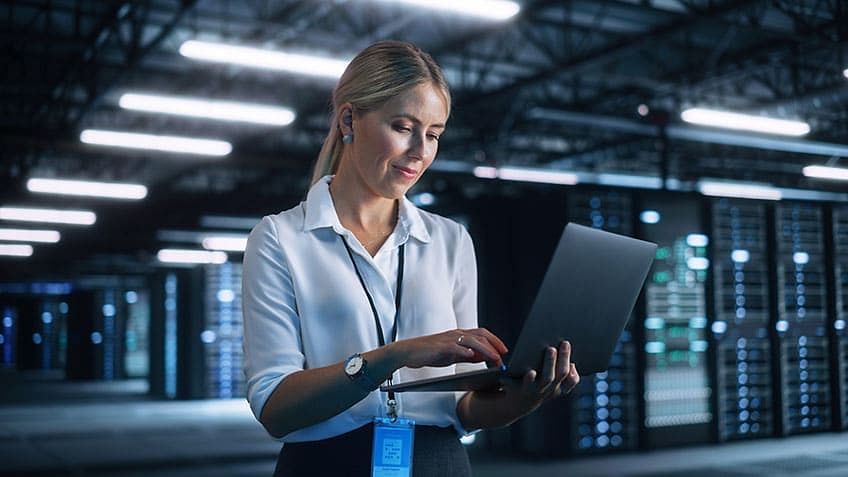 People have been more drawn to pursuing an engineering course in computer science compared to other streams, and this is the trend for a good reason. With technological advancements being on the forefront more than ever, there has been an extraordinary demand for skilled software engineers in different areas.

Organizations like to equip themselves with applications and software that help them offer improved services— be it product-based or service-based. If you’re thinking of a career path in software engineering, having access to the right information can help you make a better decision.

Here’s everything you need to know about software engineering, associated roles, and a career path in that direction.

Who Is a Software Engineer?

A software engineer, also commonly referred to as a software developer, is hired to develop software, applications, and programs with the help of codes. They accomplish this by using programming languages to send messages to computers. This information in the form of a set of instructions and codes is interpreted by the machine.

From messaging channels, various software, and tools to games, it is the hard work of a software engineer that is responsible for building powerful tools and applications that serve various purposes.

Software engineering, though primarily centered around building software, branches into various specific job titles when companies hire. Following are some common job titles with their own set of roles and responsibilities that you will generally find on hiring portals and company websites.

Front-end engineers build user interfaces (UI) with the help of different tools and technologies, such as CSS, HTML, and JavaScript, among others. The user interface is a crucial part of websites and it entails the visual elements, such as the layout, fonts, icons and buttons, and much more. Users interact with these visual elements, which is why they’re referred to as being client-side.

Back-end engineers handle various types of server-related tasks and handle database management. While back-end and front-end engineers have their own specific roles, they both go hand-in-hand.

While the manner in which users or buyers interact with a website is governed by front-end engineering, the task of taking items to the cart and taking the users to the payment page is carried out through back-end engineering. Back-end engineers leverage a variety of back-end programming languages, such as Java, Ruby, and Python to make this happen.

For instance, there are two operating systems for mobile devices, which are iOS and Android. Both have domain-specific programming languages namely, Java and Kotlin for Android and Swift for iOS. Mobile app developers work within these parameters to build functional applications.

Game engineers possess multi-fold skills specific to building games. They leverage open-source frameworks and tools, such as Blender and Unity. These tools allow game developers and engineers to create elaborate and intricate 2D and 3D graphics, manipulate game mechanics, and model physics to come up with games for computers and mobile devices. Since the gaming industry is thriving with over three billion gamers in the world, game engineers have a high demand.

While a lesser-known area in software development, data engineers are growing in demand for the crucial role they play in organizations. A data engineer collects data for your business in a way that the data is accurate and reliable to use.

This data can be used by businesses to improve their software development life cycle and to enhance their security protocols. Data engineers generally know how to use a few back-end programming languages and are familiar with query languages.

When you start your journey as a software engineer, you start off by being an individual contributor, irrespective of the job role or position you apply for. As an individual contributor, you’re a part of different projects and generally work under team leads and managers with well-specified key performance areas. While it is considered an entry-level career path, it is nevertheless a crucial one that helps you learn hands-on skills and prepares you for promotion over time.

Moreover, managers head other software engineers and implement their soft skills, such as conflict management, planning, communication, and leadership rather than technical skills. Software engineers move into managerial roles after they gather a certain level of experience in their field.

While it is not possible to get promoted for software engineers who freelance, finding a well-paying job with scope for growth is easier when you have experience working on different projects.

How to Get Promoted as a Software Engineer?

For software engineers, the job ladder essentially starts from being an individual contributor as a software developer in a specific area, much like any other field. It starts with coding and developing software and having hands-on experience of collaborating with other professionals to roll out software and applications. However, with experience, you can expect to get promoted as a software engineering manager, which means you will have several professionals in your teams under your leadership. The management role can be of two types— managing people or managing projects.

Irrespective of what your preference for these two managerial roles is, it takes time and experience to get promoted. Most companies have one out of these two factors as their criterion to promote software engineers. However, while you’re waiting to get promoted, it is extremely important to focus on your core responsibilities while displaying the motivation to learn and improve. These factors are taken into consideration when assessing individuals to ensure they possess the right skills needed for the role they’re promoted to.

Certain career options are currently highly trending, and you can consider these options as a budding software engineer. With that said, the following are the top career options in software development.

A full-stack developer works both with the back end and front end, that is the server side as well as the client side. Since the role entails both these aspects, they should have skills and knowledge pertaining to a wide variety of coding niches. They are required to know about databases and graphic design to come up with interactive user interfaces. Individuals aiming to become full-stack developers can benefit immensely from Simplilearn’s Post Graduate Program in Full Stack Development.

a full stack Java developer uses Java to write codes in all three layers of web-based applications. These layers comprise the front-end, back-end, and database layer. As the whole process of development completely relies on Java when you’re a full-stack Java developer, you are required to possess exceptional coding skills using the language. A Master’s Program in Full Stack Java Development by Simplilearn can help instill the much-needed skills in you.

Automation test developers or automation test engineers design and build programs for running automated tests. These programs are built with the help of the automated framework, which is then put to use for testing. Simplilearn’s Automation Testing Masters Program is designed to meet the needs of individuals planning to become automation testing engineers.

SQL developers are proficient in using Structured Query Language (SQL) for building and managing computer database applications. Their responsibilities are to write SQL queries using an SQL program and apply organization security measures for certain systems. They also manage, execute, and monitor these processes so that the best practices are followed. Simplilearn’s SQL Training Software Development Certification Course can help you develop the right skills to become a successful SQL developer.

1. How do I plan a career in software engineering?

Pursuing a course in computer science can help lay a strong foundation for software engineering and development-related roles. Additional certification courses in a specific area of your choice can help you develop role-specific skills. Finally, try to learn as much as possible by exploring operations outside your responsibilities as a fresher.

3. How much does a software engineer make?

4. Do you need a CS degree to become a software engineer?

With various job roles in the field of software engineering, it is not a mandatory requirement to have a computer science degree to become a software engineer. You can pursue certificate courses, online master’s programs, and other such training courses to develop skills and knowledge essential to the career path you aspire to take in software engineering.

If you’ve decided to pursue a career in the field of software engineering, it all starts with the decision of choosing the right course that helps you develop the right skill sets and knowledge to be hands-on with different software engineering roles. A well-planned curriculum like Simplilearn’s Full-Stack Development Certification Course can help you become a professional software engineer and pave your path up the ladder as you gain more exposure and experience in the field.

If you have any questions or doubts, please feel free to post them in the comments section below. Our team will get back to you with the solutions at the earliest.