HomeResourcesEnterpriseWebinar Wrap Up: The Startup Career Strategy - The Highs and Lows

Webinar Wrap Up: The Startup Career Strategy - The Highs and Lows 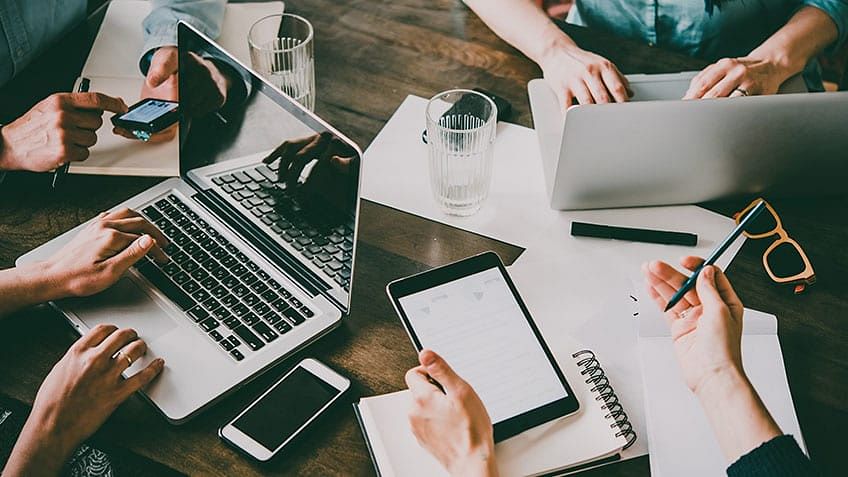 On July 30, 2020, Krishna Kumar, the Founder and CEO of Simplilearn, was joined by Ram Gupta and Dr. Ashish Gupta for a panel discussion on whether startup experience is a necessary and helpful part of a technology professional's career plan. Ram is the Chairman of the Board of Aryaka Networks and Joveo. Ashish is the Co-Founder of Helion Ventures, Tavant Technologies, and Junglee. Ram and Ashish are both board members of Simplilearn.

The three entrepreneurs discussed the pros and cons of gaining startup experience and the right and wrong reasons to work for a startup.

What is a "Startup"?

Krishna asked the panel what the word "startup" means to them. For Ashish, one definition is a company that doesn't have visibility into its existence (and especially its cash flow) beyond two years into the future. When he hears a company like Flipkart describe itself as a startup, he takes that to refer to the attitude of innovation and hustle that the company wants to foster among its employees.

To answer this question, Ram offered the analogy of a startup as a newborn child. For him, a startup is a company in its first five years of existence, when its survival is doubtful. A startup has a focus on survival, hustle, and managing on a shoestring budget. There finally comes a time when the company's focus shifts from survival to management. Ram reminded the audience of the saying, "All startups want to become big companies, and all big companies want to behave like startups."

Krishna asked whether the panel agreed that a company that's run by its founder still acts like a startup. Ram provided the examples of Google and PeopleSoft, where the founders were still in charge as the company grew. He observed that when process overtakes innovation, the company is no longer a startup. Ashish mentioned that he finds that companies that are still run by founders have a continued appetite for risk-taking, but he would not say that makes them startups.

What Are Job Seekers Looking for in Startups?

The next question was what prospective candidates for jobs in startups seem to be looking for. Why do candidates want to join startups? Ashish observed that the answer is different by geography. In Silicon Valley or Bangalore, people believe that startup work is cool, or feel peer pressure to join startups (not a good reason, in his opinion). Especially for people joining their second or third startup, they seek the accelerated pace of a startup, and they are more clear-eyed about the potential financial reward.

Ram returned to the analogy of raising a child. If you want to create something that didn't exist before, that will grow up and go out into the world on its own, you are better suited to a startup. If you want to get rich quick, a startup is not the place to go. If you just want a secure job and don't want to take on the responsibilities of caring for a new creation, don't join a startup.

Krishna asked how to choose between a job with less responsibility in a large company and a job with a lot of responsibility in a startup. Ram pointed out that it may depend on what stage your career is in. If you are at an earlier stage, you have the option of taking the higher-risk job with the smaller startup: if it doesn't work out, you can recover and move on. He feels that's far preferable to spending your early career as a cog in a giant machine.

Krishna asked whether large companies can tap into startup energy through incubator programs. Ram observed that incubators are really an acquisition strategy rather than a way to get the energy of a startup back. Ashish used the analogy of how an elephant, a mouse, and a horse have each evolved for a particular niche. As he said, "If an elephant tries to jam itself down a rat-hole, it gets stuck." This phenomenon shows up when the large company runs into a cash flow problem: it will slash its spending, including its incubator, because it's not reality committed to the startup style.

What Is It Like to Work in a Startup?

Krishna asked about the challenge of working at startups with long hours and tough work demands. Ram again observed that a startup is like a child, with the needs of a child, If you are not willing to put in the hours and effort to take care of this growing thing, you should not take on that responsibility. Ashish reminded the audience that there is no right answer that applies to everyone. You need to find the answer that is right for you. You can choose to join a startup at any age, but the most important quality you need is a high tolerance for uncertainty and change. Ram seconded that, saying that attitude is more important than age.

Krishna asked whether a career strategy that blends startup experience with periods of work at larger companies is better than staying with a company for an extended period. Ashish recommends that, early in one's career, trying out different jobs for two or three years at a time can give one a broader idea of what one wants out of a career. Ram used an analogy of the difference between a fighter pilot and a commercial pilot: the startup environment calls for the skills of the fighter pilot, while the established company needs the steady hand of a commercial pilot. As a startup evolves and grows, it will require different skill sets going into the future.

On the question of how a candidate should evaluate which startup to work for, Ram said that one's first criterion should be whether the company's mission aligns with one's values and passions. He also recommends that one determine whether the founder is committed to the mission for the long run or is just seeking a quick exit for a lot of money. Ashish agreed that it boils down to the product and the people.

When Krishna asked if one culture is better than another for a startup's success, Ram said that the culture is only important insofar as it reflects the company's people and what they do. If the founder and people stick to a way of doing things consistently and work toward the company's success, it doesn't matter what the company's written culture or mission statement are.

The panel touched on several other topics, including why someone might choose a job offer from a startup rather than an offer at twice the pay from an established company or what signs tell you that it's the right time to found your own startup. You can watch the entire webinar replay:

Simplilearn has a variety of courses and programs that will help you develop new digital skills that startups seek. You can get certifications in Data Science, AI and Machine Learning, Cloud Computing, Digital Marketing, Project Management, and more.