What Is Kubernetes on AWS?

The Ins and Outs of Data Streaming

The Evolution of Cord Cutting: Digital Shifts in Daily Life 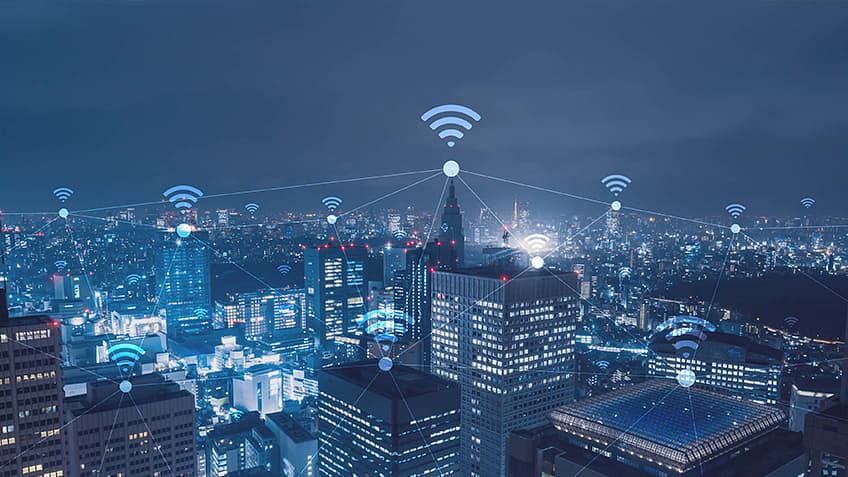 It started with Netflix, an internet service that provides thousands of hours of premium TV series’ and movies for one monthly rate. Oh, and did I mention that there are no commercials? All you needed is a computer, phone, or smart TV, and you can consume as much video content as you like. Soon it became apparent that if you have a streaming service, then you did not need regular, ad-supported TV. People are now canceling their traditional cable TV subscriptions by the tens of thousands. This trend is also known as “cutting the cord,” the cord being the coax cable delivering video from your cable box to your TV. Let’s dig into how cord-cutting will kill traditional TV.

A New Way of Consuming Video

Media content has gone through several paradigm shifts. In the 1950s, network TV displaced radio as the top model for entertainment. In the 1980s, cable TV became ubiquitous, providing dozens of new channels. Today, video is being consumed through online streaming services like YouTube, Netflix, Hulu and dozens of new services such as Disney+, Apple TV+, and soon to be released Peacock and HBO Max.

Each shift in the way we consume media has been driven by technology:

There is a learning curve to adopt each technology. In many ways, however, the advent of streaming content in the last five years has become a byproduct of widespread internet service. Either through highspeed internet to your home/work or wireless internet to your phone, you have the connectivity and the device. Streaming companies only had to prepare the content.

Netflix, the clear leader for streaming content, has also taken a different approach to previous media consumption models. Instead of having ad-supported content, Netflix collects revenue through a subscription model. To a certain degree, this is similar to the UK’s TV and Radio license that each person in the UK must pay every year to support BBC media content.

Having a subscription model introduces two exciting opportunities: a reliable and consistent revenue stream; content free from advertiser influence. For these two reasons, Netflix and the BBC can develop riskier content and lock in talent for multiple seasons at a time. For this reason, you do not see shows ending halfway through a season due to low audience figures.

The new model for consuming video content is streaming. Let’s look at the key players in the industry.

Common threads with many streaming services are the following:

Netflix has done the hard work of removing the sting associated with paying for content. The other providers should thank them for that. The repurposing of the older content is, in many ways, a way for you to know that the new content is going to follow known and comfortable models. Where streaming providers will succeed or fail depends on how much quality original content they provide.

This is Not a Streaming War

Ultimately, there is plenty of room for all the services to grow. Cable and network TV are in the crosshairs, not other streaming service providers.

How Fast will the Transition Take?

In 2015, when Netflix was gaining momentum, many industry pundits thought that is would take at least a decade for traditional TV to be replaced by cord-cutters. Fast forward five years, and there are now 158 million Netflix subscribers, and Disney+ activated 15 million subscribers in three months. Comcast and AT&T are looking to leverage their legacy businesses to pull in subscribers for Peacock and HBO Max. In short, the giant companies are betting hard and seeing returns for their investments.

Think about the transition from the flip phone to a smartphone. That transition happened quickly, similar to what’s happening with cord-cutters when it comes to media consumption. Millennials will lead in cutting the cord (expect most to have switched by 2025) and will be followed quickly by Generation X. Older generations will likely hold onto the habit of cable TV for the simple reason that it is hard to break old habits, like keeping their home landlines. Eventually, cable TV will be consumed by new streaming models. That leaves one final group: Generation Z. Generation Z is a unique group in that they are part of the “never had a cord” group and only know streaming content from the cloud. The cable will likely adapt or simply be consumed by new streaming models.

Are you skilled enough to elevate your career to the cloud and beyond? Take up this AWS Practice Exam today and assess yourself!

How Streaming Services Make It All Happen

Of course, none of these streaming services would be able to serve as many subscribers as they do without cloud computing. When Netflix first began operations in 1997, the company was operating its own data centers, which they did for a long time. After an embarrassing (and expensive) failure in one of it’s data centers, the company’s leadership decided that they had to move to the cloud. The migration to AWS took seven years to complete in 2016. Moral of the story, cloud migrations are aren’t easy.

That’s why cloud architects are in such high demand today. To start your career in cloud computing or take your existing one to the next level, Simplilearn offers a comprehensive selection of Cloud Computing Certification Training courses. Have something more specific in mind, like possibly trying to get a job at Netflix? Check out our AWS Solutions Architect Certification Training Course. While lifelong learning is always a good thing, the time to upskill and boost your career in IT has never been better.