HomeResourcesCyber SecurityCyber Security Tutorial: A Step-by-Step GuideBest Guide To Understand The Importance Of What Is Subnetting

Best Guide To Understand The Importance Of What Is Subnetting

Lesson 30 of 65By Kartik Menon 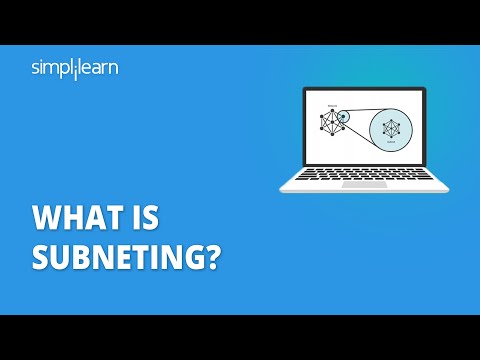 With the advancement of technology and to meet the demand for the increase in IP addresses in the IT industry as well as to satisfy the personal requirement. To overcome this situation of assigning IP addresses to each device in a network, the concept of subnetting was introduced.

The process of dividing IP addresses into smaller subunits that can later be assigned to multiple network devices in a network is referred to as subnetting. In this tutorial titled ‘what is subnetting?’, you will learn about various parts of subnetting in a comprehensive manner.

The need for applying the concept of subnetting is to provide an alternate way to prevent the wastage of IP addresses. Then dividing an IP address into multiple smaller units that can work as a separate network unit known as subnet, in the host network is known as the subnetting process. Subnetting allows the network to avoid frequent traffic problems that occur in the channel, resulting in smooth transmission of information in the network.

The smaller network units, also known as subnets, can be individually configured according to the user's requirements. As you further go into the tutorial on ‘what is subnetting?’, you will see the need to use the subnetting process.

To overcome this problem of excessive use of network IDs, the concept of subnetting is applied in the system. To understand this, take a look at some of the reasons for using subnetting:

Next, in the ‘what is subnetting?’ tutorial, you will look into the work process of the subnetting concept.

The process of subnetting involves breaking down an IP address into smaller units that can be assigned to individual network units within the original network. This is done by using various techniques.

Then, using the subnet mask technique, you can further divide the divided address into units and assign them to various devices in a network. Taking the example of an IP address with /24 subnet mask can be divided into two sub-networks of /25.

In the next part of the tutorial ‘what is subnetting?’ you will understand the important characteristics of subnetting.

To design a subnetwork, some features are required to be understood properly which are:

To better understand the above characteristics, you can refer to this example,

In this tutorial on what is subnetting?’ you looked into the need of applying subnetting and its working process in the network. Then in the next section, you will look into some drawbacks of applying concept subnetting.

Using subnetting to design your network channel does not always prove to be efficient; in some cases, it may affect the overall communication channel of the network, so you should always remember the below-mentioned points when applying subnetting in the network:

To further understand this topic of subnetting, along with the other important network concepts, you can refer to Simplilearn’s Cyber Security Expert course. This will make you adept at using network concepts and their numerous applications in cyber security, hacking, and other related posts.

Do you have any questions related to this tutorial on ‘what is subnetting?’. If yes, feel free to mention them in the comments section at the bottom of this page. Our team will help you solve your queries ASAP.