HomeResourcesSoftware DevelopmentWhat Are the Main Types of Functions in C Programming?

What Are the Main Types of Functions in C Programming? 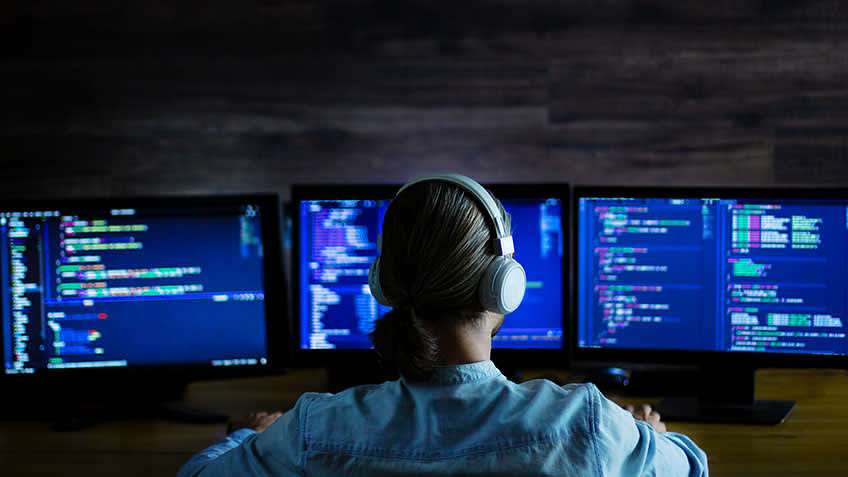 Functions in C are the basic building blocks of a C program. A function is a set of statements enclosed within curly brackets ({}) that take inputs, do the computation, and provide the resultant output. You can call a function multiple times, thereby allowing reusability and modularity in C programming. It means that instead of writing the same code again and again for different arguments, you can simply enclose the code and make it a function and then call it multiple times by merely passing the various arguments.

Why Do We Need Functions in C Programming?

We need functions in C programming and even in other programming languages due to the numerous advantages they provide to the developer. Some of the key benefits of using functions are:

The basic syntax of functions in C programming is:

Body of the function //Statements to be processed

Note: The function_name and parameters list are together known as the signature of a function in C programming.

As the name gives out, a function call is calling a function to be executed by the compiler. You can call the function at any point in the entire program. The only thing to take care of is that you need to pass as many arguments of the same data type as mentioned while declaring the function. If the function parameter does not differ, the compiler will execute the program and give the return value.

It is defining the actual statements that the compiler will execute upon calling the function. You can think of it as the body of the function. Function definition must return only one value at the end of the execution.

Here’s an example with all the three general aspects of a function.

// The main function. We will discuss about it later

// Calling the function to find the greater number among the two

Types of Functions in C Programming

Functions in C programming are classified into two types:

These are the functions that a developer or the user declares, defines, and calls in a program. This increases the scope and functionality, and reusability of C programming as we can define and use any function we want. A major plus point of C programming is that we can add a user-defined to any library to use it in other programs.

Different Ways of Calling a Function

Depending on whether the function accepts arguments or not and returns a value or not, there can be four different aspects of C function calls, which are:

A function in C programming may not accept an argument and return a value. Here’s an example of such a function.

C programming Functions With No Arguments But has a Return Value

printf("The area of the Rectangle is: %d\n",area);

printf("Enter the length of the rectangle: ");

printf("Enter the width of the rectangle: ");

C programming Functions With Arguments But No Return Value

C functions may accept arguments but not provide any return value. Given below is an example of such a function.

Most C functions will accept arguments and provide a return value. The following program demonstrates a function in C programming that takes arguments and returns a value.

Important Points Worth Noting About Functions in C Programming

The Main Function in C Programming

You would have noticed that we have declared a function named main() in every example that we have seen in this article. In fact, not just this article, every C program that you see will have a main function. The main function in C programming is a special type of function that serves as the entry point of the program where the execution begins. By default, the return type of the main function is int. There can be two types of main() functions: with and without parameters.

Functions in C programming are recursive if they can call themselves until the exit condition is satisfied. If a function allows you to call itself within the definition in a C program, it is a recursive function. These functions run by stacking the calls until the exit condition is met and the flow of the program exits the function. Suppose you want to find the factorial of a number in C; you can use a recursive function to get the result. Here’s an example to find the factorial of 8.

While using functions in C programming, the pointer for execution flow jumps to the function definition after the function call. Hence, an additional pointer is required that goes to the definition and then returns. However, we can avoid the use of extra pointer by using inline functions.

In this article, you have learned everything about functions in C programming. Functions are the basic building blocks of a C program. They provide the functionalities of reusability, modularity, and simplicity. Hence, it is essential to learn how to create and use functions to optimize your program. You can learn about more such C fundamentals by signing up on our SkillUp platform. The platform offers free courses for numerous programming languages, including C. You can sign up and select the course you want to take and get acquainted with the basics of that programming language.

Mastering only C programming won’t be enough in today’s competitive world. Hence, developers are constantly upskilling themselves to master multiple languages and tools. You, too, can do that by opting for our Full-Stack Web Development Certification Course. The course will help you master the primary and the advanced concepts of numerous programming languages and applied learning on the most popular tools. Upon completing the course, you will be confident enough with your skills to land a high-paying job in any multinational company.