The Finest Way To Understand The Kotlin Functions

Lesson 4 of 5By Harsh Bhardwaj 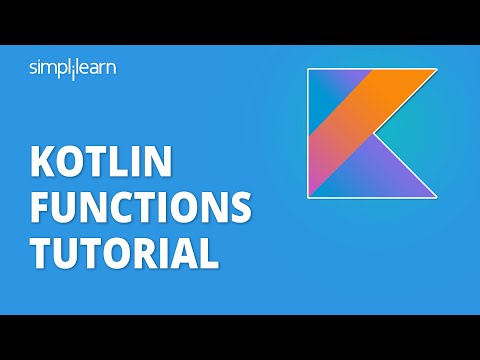 Functions perform some specific tasks and help in improving the code’s clarity and reducing the duplication of code by increasing the reusability of the code. In this tutorial, you will look into all about Kotlin functions with the help of examples.

A function is a block of code with a name that holds the data or the information. This block of code can easily be invoked by calling it from the main function. Functions in Kotlin are defined with the fun keyword with the function's name.

A function can easily be invoked by calling it, using the name of the function with parentheses, for example, Data().

Functions can also accept the data or information passed to them; this data is passed to the function's parameters, which are specified after the name of the function. You must specify the type of the parameter along with its name.

Here the function Product takes n1 and n2 as parameters of type Int.

Now, have a look at function returning values.

A function can also return values; to return a value, the return keyword is used, and the return type is specified after the function’s parenthesis.

The output of the above example is 35.

Now, you will understand the next topic of Kotlin Functions.

In Kotlin language, there is a function that can accept the function as a parameter or can also return a function; that particular function is known as the Higher-order function.

Normally, functions accept or pass integers, strings, and arrays, and their syntax is as follows:

In case of higher-order functions.

The output of the above program is 100.

The function body is written after the variable with an arrow operator.

Here 9 and 3 are passed to variables n1 and n2. There are variables before the ->(arrow operator), and after the arrow, there is a function body.

Now you will understand how to use the Lambda function with the higher-order function.

As you have already done the example of a higher-order function, in that example, you can eliminate the code and write the code more compactly with the help of the lambda function.

Now, have a look at the code of the higher-order function written with the help of the Lambda function.

As you can see, you have added the lambda function in place of two colon operators, and you have also eliminated the myFunction function.

Do you have any questions regarding this tutorial on Kotlin Multiplatform? If you do, then you can put them in the comments section. We’ll help you solve your queries.