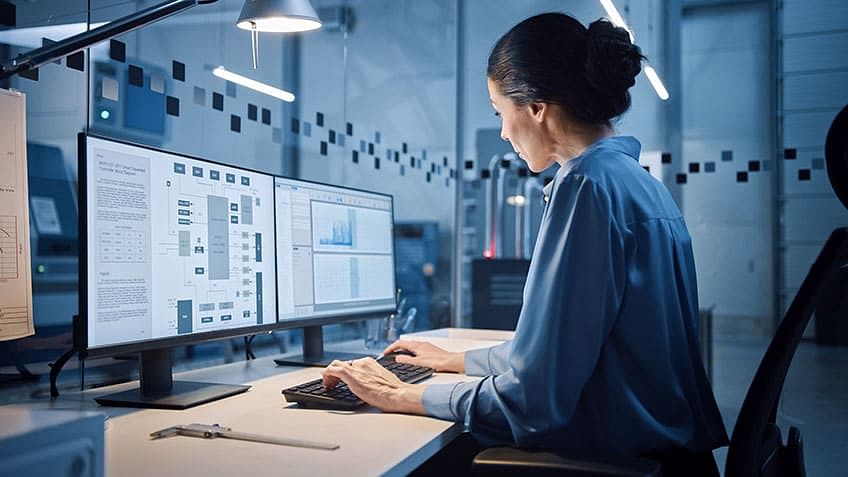 The C++ programming language has a long history, dating back to Bjarne Stroustrup's Ph.D. thesis work in 1979. One of Stroustrup's languages was the Simula, which is mostly for simulation, as its name suggests. The first language that supported the object-orientated program model, the Simula 67 version, is the version Stroustrup has collaborated on. This paradigm was very useful for software development, but the simulation language for actual application was much too slow.

Cfront was the first C with Classes compiler, and they derived it from CPre, a C compiler. It was a program that converted C with Classes code to regular C. It's worth noting that Cfront was written primarily in C and uses Classes, making it a self-hosting compiler (a compiler that can compile itself). After it became difficult to incorporate additional features, such as C++ exceptions, they abandoned Cfront in 1993. Cfront had a major influence on subsequent compiler implementations and the Unix operating system.

C++ is a versatile programming language that many successful programmers choose and continue to use. There are several programming languages like learn C++ available today that are simple to learn and implement, but the decision to choose one is based on the aim you want to achieve. And it's a bit difficult to learn compared to Java and Python, hence many people use it as their first language to learn competitive programming.

Coding is all about how quickly you can process and apply logic, and these kinds of coders are in high demand at tech behemoths like Apple, Amazon, and Google, and will continue to be for the foreseeable future. However, after you master one programming language, it becomes even easier to learn other languages and even new skills such as Blockchain and web creation, which are in high demand in tech companies.

The bottom line is that this language will retain its meaning not only in 2021 but for several years to come. Are you aware of what this means? There's no need to be concerned with its success or importance any longer.

As previously said, GCC (GNU Compiler Collection) is written in learn c++  and is mostly used in conjunction with the C language. It is a more hardware-oriented language, making it a better alternative for back-end programming. When compared to other programming languages, this is a low-level language that works with a wide range of compilers.

Let's look at the analogy of Noodles and Pasta to explain the concept of a block structure language. If you need to concentrate on a single string of noodles, you must follow it from one end to the other through the whole vessel. Pasta, on the other hand, allows you to quickly take out a single piece for further study. You have a very good description, which is very helpful.

In terms of coding, you could quickly delete poor code as you would in pasta. For noodles, you must remove a whole strand and replace it with a new strand.

You use C and C++ in operating systems as well, but almost all box software, such as game office applications, graphics, and video editors, are still written in learn c++. It's also used to build several compilers. Any C language almost completely precludes operating systems, whether embedded or for the desktop.

There have been attempts to write them in JavaScript, but none of them have worked out, so they are all written in some kind of C. Windows and macOS are two examples of operating systems written in C++. This, however, does not seem like it will improve anytime soon.

A Fast and Efficient System

Yes, you read that right. Even after 35 years, developers still regard it as one of the fastest and most powerful programming languages. If you're working on a complicated or complex issue with stringent output requirements, it's probably the right method for the job.

Its key advantage is the vast number of knobs, buttons, tools, and widgets available, allowing for extensive customization and organization program. Developers use these tools to create well-designed abstractions that produce fast code.

C++ is still the most common programming language in the world after 35 years of growth. The C/C++ community is a relatively small, closed organization. Since it is as similar to machine language as possible, it is thought to be the most compact and powerful language. It's ideal for machine programming because of its low-level memory management and pointers.

In a nutshell, for those who want to learn c++, it is a free-form programming language that is strongly or statically typed, general-purpose, and case-sensitive

Apart from these, it also supports object-oriented programming and a slew of other features, such as STL, that help it stand out. A majority of the C++ compilers support the ANSI standard, ensuring that C++ is portable.

A text editor is required to write a C++ program. Consider this, a blank Microsoft Word document; this is where you can write your code. Any text editor would do, and some even come pre-installed on your computer, but it’s best to use a coding-specific text editor. There are numerous options available, but the following are some of the most common text editors for C++ developers:

A compiler examines your source code to perform two essential tasks: first, it ensures that your code complies with the C++ language codes, and second, it converts your code into an object file. GCC, Clang, and the Visual Studio C++ compiler are all well-known compilers. Turbo C++ is out of date, so it is best to avoid it.

The object file is then sent to a linker program, which performs three tasks. First, it merges all of your object files into a single program; second, it connects library files to your program; and third, it exposes any cross-file naming or referencing problems.

Instead of using a text editor and compiler, many C++ programmers use an IDE. An Integrated Development Environment (IDE) is a one-stop-shop for C++ programming. There's a text editor, a linker, a parser, and libraries in it. There is no such thing as a good or bad compiler. It all boils down to your preferences and the right style for you. The following are some of the more common IDEs:

C++ is a commonly used programming language to create large-scale commercial end-user applications. Some of the most important applications created for C++ by major tech vendors and behemoths include:

An additional benefit of mastering the fundamentals of C first is that you will address every aspect of what you will likely learn in C++ when studying C. Just the object-oriented aspect of C++ will be a new idea to understand.

That was all about the “Learn C++” article.

In this write-up “learn c++” we learn all the basic concepts to learn c++ programming language.

The ISO committee standardized C++ in 1998 (this means that the ISO committee ratified a manual defining the C++ language to guarantee that all compilers followed the same set of standards). In 2003, a small upgrade (dubbed C++03) was released.

Since then, three major revisions to the C++ language (C++11, C++14, and C++17, respectively, ratified in 2011, 2014, and 2017) have been released, each incorporating new features. C++11, in particular, introduced a large range of additional features and is now commonly regarded as the new standard. C++20 is in the works as of this writing, and it promises to add yet more modern functionality. The language is scheduled to be upgraded every three years in the future.

Skill up your language skills with our course on which you must enroll today. Also do not forget to be a part of the Simplilearn's Full stack development course for the best knowledge.

Have any questions for us? Leave them in the comments section of this article, and our experts will get back to you on the same, as soon as possible!