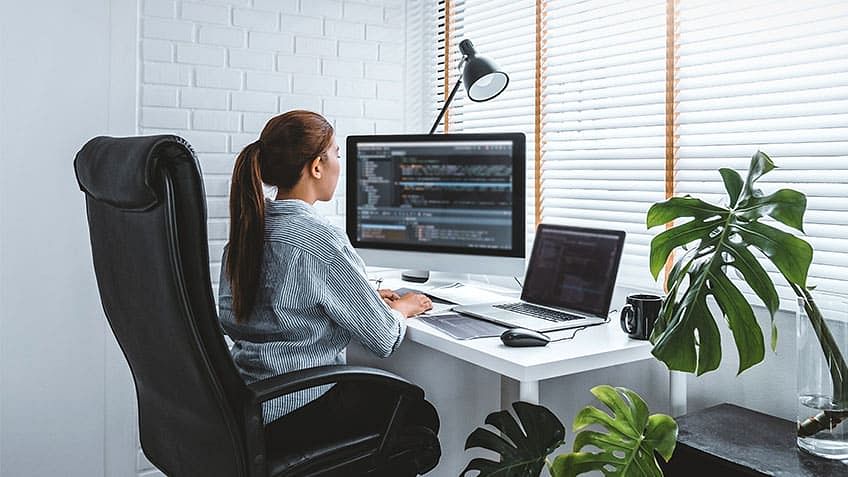 C operators are one of the features in C which has symbols that can be used to perform mathematical, relational, bitwise, conditional, or logical manipulations. The C programming language has a lot of built-in operators to perform various tasks as per the need of the program. Usually, operators take part in a program for manipulating data and variables and form a part of the mathematical, conditional, or logical expressions.

In other words, we can also say that an operator is a symbol that tells the compiler to perform specific mathematical, conditional, or logical functions. It is a symbol that operates on a value or a variable. For example, + and - are the operators to perform addition and subtraction in any C program. C has many operators that almost perform all types of operations. These operators are really useful and can be used to perform every operation.

Additionally, you can also learn more about the uses of C language.

Arithmetic Operators are the operators which are used to perform mathematical calculations like addition (+), subtraction (-), multiplication (*), division (/), and modulus (%). It performs all the operations on numerical values (constants and variables).

Let’s look at an example of arithmetic operations in C below assuming variable a holds 7 and variable b holds 5.

The operators shown in the program are +, -, and * that computes addition, subtraction, and multiplication respectively. In normal calculation, 7/5 = 1.4. However, the output is 1 in the above program. The reason behind this is that both the variables a and b are integers. Hence, the output should also be an integer. So, the compiler neglects the term after the decimal point and shows 2 instead of 2.25 as the output of the program.

A modulo operator can only be used with integers.

Using modulo operator (%), you can compute the remainder of any integer. When a=7 is divided by b=5, the remainder is 2. If we want the result of our division operator in decimal values, then either one of the operands should be a floating-point number.

C programming has basically two operators which can increment ++ and decrement -- the value of a variable. It can change the value of an operand (constant or variable) by 1. Increment and Decrement Operators are very useful operators that are generally used to minimize the calculation. These two operators are unary operators, which means they can only operate on a single operand. For example, ++x and x++ means x=x+1 or --x and x−− means x=x-1.

There is a slight distinction between ++ or −− when written before or after any operand.

Here is an example demonstrating the working of increment and decrement operator:

In the above code example, the increment and decrement operators ++ and -- have been used as prefixes. Note that these two operators can also be used as postfixes like a++ and a-- when required.

The below example explains the working of assignment operator.

The table below shows all the relational operators supported by C. Here, we assume that the variable A holds 15 and the variable B holds the 25.

Below is an example showing the working of the relational operator:

All the relational operators work in the same manner as described in the table above.

An expression containing a logical operator in C language returns either 0 or 1 depending upon the condition whether the expression results in true or false. Logical operators are generally used for decision-making in C programming.

The table below shows all the logical operators supported by the C programming language. We are here assuming that the variable A holds 7 and variable B holds 3.

Following is the example that easily elaborates the working of the relational operator:

Bitwise operators are the operators which work on bits and perform the bit-by-bit operation. Mathematical operations like addition, subtraction, multiplication, division, etc are converted to bit-level which makes processing faster and easier to implement during computation and compiling of the program.

The table provided below demonstrates the bitwise operators supported by C. Assume variable 'A' holds 50 and variable 'B' holds 25.

Besides all the other operators discussed above, the C programming language also offers a few other important operators including sizeof, comma, pointer(*), and conditional operator (?:).

For expression x = 7 + 4 * 2 , x is assigned 15 and not 22 because Multiplication operator * has higher precedence than the addition operator +. So, it first multiplies 4 with 2 and then adds 7 into the expression.

We hope through this article you could gain some knowledge on Operators in C and learned how we can use it in our software development projects.

To know more about the Operators in C, you can enroll in the Post-Graduate Program in Full-Stack Web Development offered by Simplilearn in collaboration with Caltech CTME. This Web Development course is a descriptive online bootcamp that includes 25 projects, a capstone project, and interactive online classes. In addition to the Operators in C and other related concepts, the course also details everything you need to become a full-stack technologist and accelerate your career as a software developer.