HomeResourcesCyber SecurityWhat Is AES Encryption and How Does It Work?

What Is AES Encryption and How Does It Work? 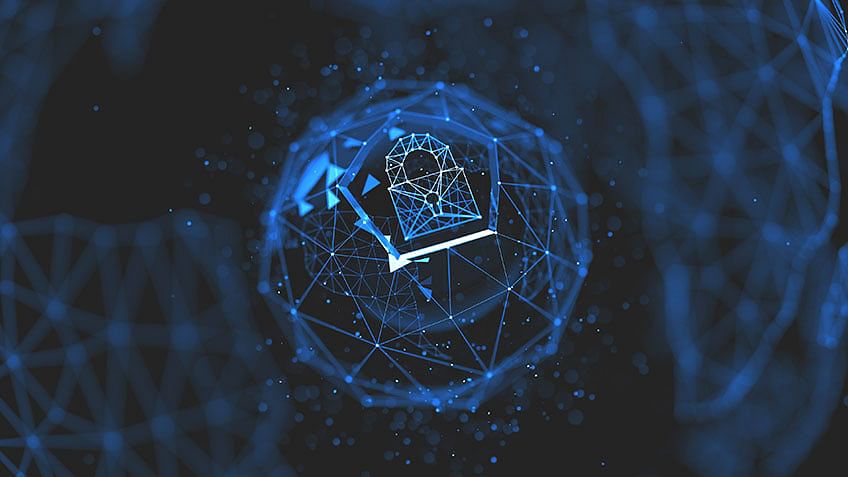 Why Was the AES Encryption Algorithm necessary?

When the Data Encryption Standard algorithm, also known as the DES algorithm, was formed and standardized, it made sense for that generation of computers. Going by today’s computational standards, breaking into the DES algorithm became easier and faster with every year, as seen in the image below.

A more robust algorithm was the need of the hour, with longer key sizes and stronger ciphers to break into. They created the triple DES to fix this problem, but it never became mainstream because of its relatively slower pace. Thus, the Advanced Encryption Standard came into existence to overcome this drawback.

What is the Advanced Encryption Standard?

The AES Encryption algorithm (also known as the Rijndael algorithm) is a symmetric block cipher algorithm with a block/chunk size of 128 bits. It converts these individual blocks using keys of 128, 192, and 256 bits. Once it encrypts these blocks, it joins them together to form the ciphertext.

It is based on a substitution-permutation network, also known as an SP network. It consists of a series of linked operations, including replacing inputs with specific outputs (substitutions) and others involving bit shuffling (permutations).

In this tutorial, you will go through some of the standout features that AES offers as a globally standardized encryption algorithm.

What are the Features of AES?

How Does AES Work?

To understand the way AES works, you first need to learn how it transmits information between multiple steps. Since a single block is 16 bytes, a 4x4 matrix holds the data in a single block, with each cell holding a single byte of information.

The matrix shown in the image above is known as a state array. Similarly, the key being used initially is expanded into (n+1) keys, with n being the number of rounds to be followed in the encryption process. So for a 128-bit key, the number of rounds is 16, with no. of keys to be generated being 10+1, which is a total of 11 keys.

Steps to be followed in AES

The mentioned steps are to be followed for every block sequentially. Upon successfully encrypting the individual blocks, it joins them together to form the final ciphertext. The steps are as follows:

Now that you understand the basic steps needed to go through the encryption procedure, understand this example to follow along.

As you can see in the image above, the plaintext and encryption convert keys to hex format before the operations begin. Accordingly, you can generate the keys for the next ten rounds, as you can see below.

You need to follow the same steps explained above, sequentially extracting the state array and passing it off as input to the next round. The steps are as follows:

Now that you understand how AES works, go through some of the applications of this encryption algorithm.

What Are the Applications of AES?

The applications of the AES Encryption algorithm are as follows:

Now that you learned about the applications of AES encryption, take a look at its upgrades over its predecessor, the DES encryption algorithm.

AES encryption is secure; however, its security varies according to its variants. For example, using brute-force methods, the 256-bit is virtually impenetrable, while the 52-bit DES key can be cracked in less than a day.

2.Is AES the best encryption method?

Because of its key length options, AES encryption remains the best choice for securing communications. The time required to crack an encryption algorithm is directly related to the length of the key used, i.e., 128-bit, 192-bit, and 256-bit.

3. What is AES encryption used for?

AES is implemented in hardware and software worldwide to encrypt sensitive data. It is a symmetric block cipher essential for government computer security, electronic data protection, and cybersecurity.

RSA is considerably slower and more computationally intensive than AES. RSA has to deal with large numbers and calculations, which makes it slower. AES is considered secure against analysis with quantum computers and is generally used by various organizations.

AES is available for free, and anyone can use it. Though several countries apply export restrictions, it is an open standard that is free to use for any private, public, non-commercial, or commercial use.

Advanced Encryption Standard is a symmetric block cipher chosen by the US government. It converts the individual blocks using different keys. It is one of the best encryption protocols available, letting anyone enjoy their daily online activities without disruption.

With this, you have seen the impact AES Encryption has on the global stage, with many systems needing a secure channel of authentication as DES collapsed. With many bases to cover in cybersecurity, cryptography is one of the most crucial aspects, even though several other topics are essential to excel as a cybersecurity expert.

This tutorial explores the need for AES Encryption, its origin and process of encryption, all the way up to its applications, and a direct comparison with the DES algorithm. Hope this tutorial has been of value to you.

If you are looking to learn further on encryptions, cryptography and other fundamental concepts and skills in cybersecurity, Simplilearn’s Cyber Security Expert Master’s program should be a great fit for you. Featured as the Best Cybersecurity Bootcamp in 2021 by Course Report, this program covers all the fundamental and advanced aspects of cybersecurity and provides you the right job-ready training you need to become a world-class cybersecurity expert today. Explore the program today.

Do you have any questions for us regarding this AES encryption tutorial? Please don’t hesitate to mention them in the comment section of this tutorial, and we’d be happy to have our experts answer them for you.

What Is Shopify, and How Does It Work?