What Is Data Encryption: Types, Algorithms, Techniques and Methods 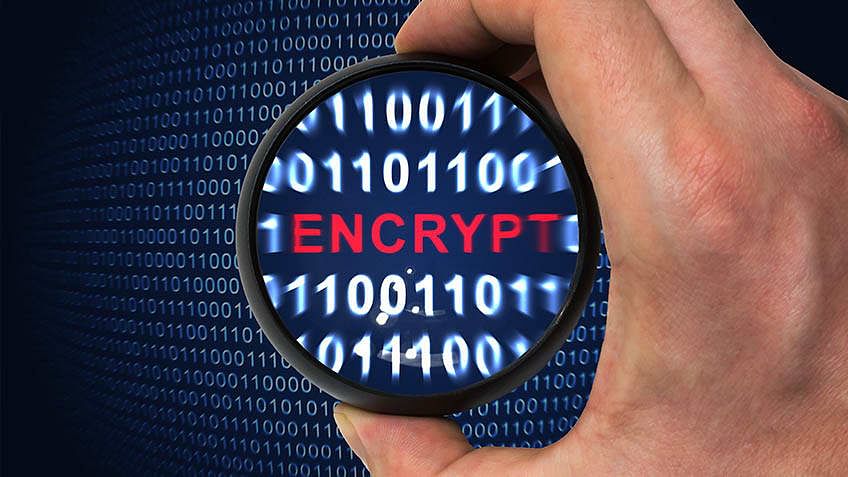 Data encryption is a common and effective security method—a sound choice for protecting an organization’s information. However, there are a handful of different encryption methods available, so how do you choose?

In a world where cybercrimes are on the rise, it’s comforting to know that there are as many methods available to protect network security as there are ways of trying to penetrate it. The real challenge is deciding which techniques an internet security expert should employ that best suits their organization’s specific situation.

What is Data Encryption in Network Security?

Data encryption is the process of converting data from a readable format to a scrambled piece of information. This is done to prevent prying eyes from reading confidential data in transit. Encryption can be applied to documents, files, messages, or any other form of communication over a network.

In order to preserve the integrity of our data, encryption is a vital tool whose value cannot be overstated. Almost everything we see on the internet has passed through some layer of encryption, be it websites or applications.

Noted antivirus and endpoint security experts at Kaspersky define encryption as “… the conversion of data from a readable format into an encoded format that can only be read or processed after it's been decrypted.”

They go on to say that encryption is considered the basic building block of data security, widely used by large organizations, small businesses, and individual consumers. It’s the most straightforward and crucial means of protecting information that passes from endpoints to servers.

Considering the elevated risk of cybercrime today, every person and group that uses the internet should be familiar with and incorporate basic encryption techniques, at the very least.

How Does Data Encryption Work?

Apart from the algorithms, one also needs an encryption key. Using said key and a suitable encryption algorithm, the plaintext is converted into the encrypted piece of data, also known as ciphertext. Instead of sending the plaintext to the receiver, the ciphertext is sent through insecure channels of communication.

Once the ciphertext reaches the intended receiver, he/she can use a decryption key to convert the ciphertext back to its original readable format i.e. plaintext. This decryption key must be kept secret at all times, and may or not be similar to the key used for encrypting the message. Let’s understand the same with an example.

Let us understand the work process with the help of an example.

A woman wants to send her boyfriend a personal text, so she encrypts it using specialized software that scrambles the data into what appears to be unreadable gibberish. She then sends the message out, and her boyfriend, in turn, uses the correct decryption to translate it.

Fortunately, the keys do all the actual encryption/decryption work, leaving both people more time to contemplate the smoldering ruins of their relationship in total privacy.

Next, in our learning about effective encryption methods, let us find out why we need encryption.

Why Do We Need Data Encryption?

If anyone wonders why organizations need to practice encryption, keep these four reasons in mind:

Let us now find out the important types of data encryption methods.

What are the 2 Types of Data Encryption Techniques?

There are several data encryption approaches available to choose from. Most internet security (IS) professionals break down encryption into three distinct methods: symmetric, asymmetric, and hashing. These, in turn, are broken down into different types. We’ll explore each one separately.

What is the Symmetric Encryption Method?

Also called private-key cryptography or a secret key algorithm, this method requires the sender and the receiver to have access to the same key. So, the recipient needs to have the key before the message is decrypted. This method works best for closed systems, which have less risk of a third-party intrusion.

What is the Asymmetric Encryption Method?

Also called public-key cryptography, this method uses two keys for the encryption process, a public and a private key, which are mathematically linked. The user employs one key for encryption and the other for decryption, though it doesn’t matter which you choose first.

As the name implies, the public key is freely available to anyone, whereas the private key remains with the intended recipients only, who need it to decipher the messages. Both keys are simply large numbers that aren’t identical but are paired with each other, which is where the “asymmetric” part comes in.

Hashing generates a unique signature of fixed length for a data set or message. Each specific message has its unique hash, making minor changes to the information easily trackable. Data encrypted with hashing cannot be deciphered or reversed back into its original form. That’s why hashing is used only as a method of verifying data.

Many internet security experts don’t even consider hashing an actual encryption method, but the line is blurry enough to let the classification stand. The bottom line, it’s an effective way of showing that no one has tampered with the information.

Now that we have gone through the types of data encryption techniques, let us next learn the specific encryption algorithms.

There’s a host of different encryption algorithms available today. Here are five of the more common ones.

Do You Want to Learn More About Cybersecurity?

There’s a lot to learn about cybersecurity, and Simplilearn offers a great selection of valuable courses to help you enter this challenging field or improve your existing knowledge by upskilling. For instance, if you want to become an ethical hacker, and have a career testing network systems, check our CEH certification course.

Or check out some enterprise-level security training courses such as CISM, CSSP, CISA, CompTIA, and COBIT 2019.

If you can’t decide between the above courses, why not take a handful of them in one convenient program? The Cyber Security Expert Master’s Program teaches you the principles of CompTIA, CEH, CISM, CISSP, and CSSP.

Do You Want to Become a Network Security Professional?

If you’re ready to take those first steps on the path to becoming a network security professional, then you should start with Simplilearn’s CISSP certification training course. The course develops your expertise in defining IT architecture and in designing, building, and maintaining a secure business environment using globally approved information security standards. The course covers industry best practices and prepares you for the CISSP certification exam held by (ISC)².

You get over 60 hours of in-depth learning, the requisite 30 CPEs you need for taking the certification exam, five simulation test papers designed to help you prepare for the exam, plus an exam voucher. Whether you choose self-paced learning, the Blended Learning option, or a corporate training solution, you will get the benefits of Simplilearn’s expert training, and be ready to embark on that challenging and rewarding network security career!