Insight of the CISA Review Manual

A Live Preview of the UCI Cybersecurity Bootcamp

What Is DES (Data Encryption Standard)? DES Algorithm and Operation 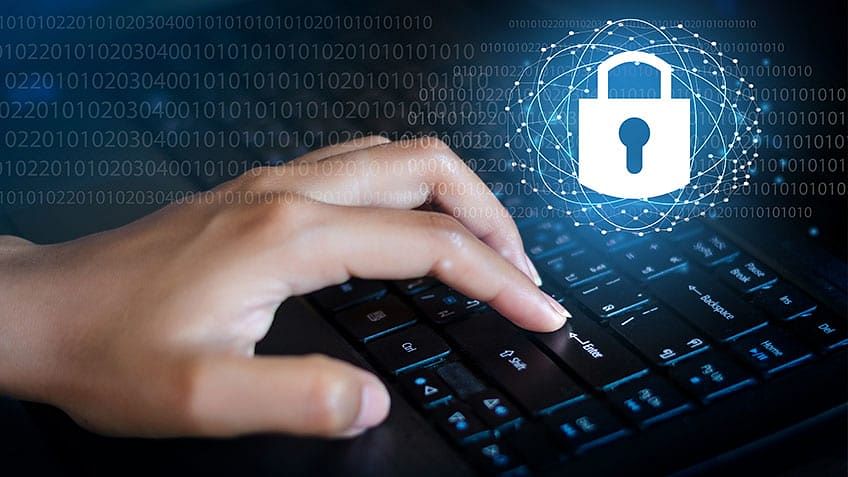 We live so much of our lives today on the internet. Whether it’s for storing our personal information, finding entertainment, making purchases, or doing our jobs, our society relies increasingly on an online presence.

This increased dependence on the internet means that information security is more important than ever. The stakes are too high now. Users need to know that their sensitive data is kept confidential, unmodified, and readily available to authorized readers.

Data encryption is just one weapon in the cybersecurity arsenal, but it’s one of the oldest and most used. And since no discussion about data encryption is complete without talking about DES, here we are!

The DES process has several steps involved in it, where each step is called a round. Depending upon the size of the key being used, the number of rounds varies. For example, a 128-bit key requires 10 rounds, a 192-bit key requires 12 rounds, and so on.

What is the DES Algorithm in Cyber Security?

The DES (Data Encryption Standard) algorithm is a symmetric-key block cipher created in the early 1970s by an IBM team and adopted by the National Institute of Standards and Technology (NIST). The algorithm takes the plain text in 64-bit blocks and converts them into ciphertext using 48-bit keys.

DES is based on the Feistel block cipher, called LUCIFER, developed in 1971 by IBM cryptography researcher Horst Feistel. DES uses 16 rounds of the Feistel structure, using a different key for each round.

DES became the approved federal encryption standard in November 1976 and was subsequently reaffirmed as the standard in 1983, 1988, and 1999.

DES’s dominance came to an end in 2002, when the Advanced Encryption Standard (AES) replaced the DES encryption algorithm as the accepted standard, following a public competition to find a replacement. The NIST officially withdrew FIPS 46-3 (the 1999 reaffirmation) in May 2005, although Triple DES (3DES), remains approved for sensitive government information through 2030.

Gain expertise in IT Security including security and risk management, and more with CISSP Certification Training Course. Check out course curriculum.

The plain text is divided into smaller chunks of 64-bit size. The IP is performed before the first round. This phase describes the implementation of the transposition process. For example, the 58th bit replaces the first bit, the 50th bit replaces the second bit, and so on. The resultant 64-bit text is split into two equal halves of 32-bit each called Left Plain Text (LPT) and Right Plain Text (RPT).

We already know that the DES process uses a 56-bit key, which is obtained by eliminating all the bits present in every 8th position in a 64-bit key. In this step, a 48-bit key is generated. The 56-bit key is split into two equal halves and depending upon the number of rounds the bits are shifted to the left in a circular fashion.

Due to this, all the bits in the key are rearranged again. We can observe that some of the bits get eliminated during the shifting process, producing a 48-bit key. This process is known as compression permutation.

Let's consider an RPT of the 32-bit size that is created in the IP stage. In this step, it is expanded from 32-bit to 48-bit. The RPT of 32-bit size is broken down into 8 chunks of 4 bits each and extra two bits are added to every chunk, later on, the bits are permutated among themselves leading to 48-bit data. An XOR function is applied in between the 48-bit key obtained from step 1 and the 48-bit expanded RPT.

Triple DES is a symmetric key-block cipher which applies the DES cipher in triplicate. It encrypts with the first key (k1), decrypts using the second key (k2), then encrypts with the third key (k3). There is also a two-key variant, where k1 and k3 are the same keys.

Now in our understanding of what is DES, let us next look into the DES algorithm steps.

To put it in simple terms, DES takes 64-bit plain text and turns it into a 64-bit ciphertext. And since we’re talking about asymmetric algorithms, the same key is used when it’s time to decrypt the text.

The algorithm process breaks down into the following steps:

The encryption process step (step 4, above) is further broken down into five stages:

For decryption, we use the same algorithm, and we reverse the order of the 16 round keys.

Next, to better understand what is DES, let us learn the various modes of operation for DES.

Experts using DES have five different modes of operation to choose from.

We will next improve our understanding of what DES is, let us look into the DES implementation and testing.

DES implementation requires a security provider. However, there are many available providers to choose from, but selecting one is the essential initial step in implementation. Your selection may depend on the language you are using, such as Java, Python, C, or MATLAB.

Once you decide on a provider, you must choose whether to have a random secret key generated by the KeyGenerator or create a key yourself, using a plaintext or byte array.

It’s also essential to test the encryption to make sure it is properly implemented. You can find a testing procedure that will do the trick using the recurrence relation found on GitHub.

Now that we have come so far in our understanding of what is DES, let us next look into the reasons to learn DES.

In this section, we are going to learn about some of the applications of the DES Algorithm.

Difference Between DES and AES algorithms

Advantages and Disadvantages of DES Algorithm

The advantages of the DES algorithm:

The disadvantages of the DES algorithm:

There are multiple steps involved in the steps for data encryption. They are:

The steps involved in the steps for data decryption are:

2. The steps for encryption are applied to the ciphertext.

If DES is Becoming Irrelevant, Why Learn It?

Despite DES losing the lofty position of being the go-to data encryption standard algorithm, it’s still worth learning. There will always be room for the DES algorithm in cryptography because it was the foundation for subsequent encryption algorithms. If you understand the origins of data encryption, you will consequently have an easier time grasping the basics of current encryption methods.

Have a look at the video below which explains steps for encryption and decryption in detail, future of the Data Encryption Standard in cryptography and live example to further highlight the characteristics of DES encryption.

After having gone through and understanding what is DES, let us look into ways to improve our cybersecurity skills.

Do You Want to Improve Your Cybersecurity Skills?

Encryption is just one aspect of cybersecurity. There is so much to learn in this vast field beginning, and the more you know, the more marketable a candidate you become when looking for a career in the field. One can never possess too much knowledge!

To that end, Simplilearn offers an impressive variety of cybersecurity-related courses for your benefit. You can learn to become a “white hat hacker” through the CEH (v10) Certified Ethical Hacking course, or become a security systems auditor with CISA certification. You can gain a deeper understanding of managing and governing enterprise IT environments with the COBIT Certification Training course or learn the principles of network security and risk management through the CompTIA Security+ Certification - SY0-501 Exam Training course.

If, on the other hand, you won’t settle for anything less than becoming a full-fledged cybersecurity professional, go for the Cybersecurity Expert Master’s program. The program features a half-dozen courses that will impart the necessary foundational, intermediate and advanced security skills for you to become a cybersecurity expert.

Test yourself in information security concepts and other aspects of IT security with these CISSP Exam Prep Questions. Try answering now!

After having learned all about what is DES, if you need a good launching point for a cybersecurity career, then you should check out Simplilearn’s CISSP Certification course. This outstanding Certified Information Systems Security Professional (CISSP) course teaches you how to define a secure IT architecture, and subsequently, design, build and maintain a secure business environment using globally approved information security standards. The course explores the industry best practices for IT and prepares you for the CISSP certification exam administered by (ISC)².

You receive more than 60 hours of in-depth learning, five simulation test papers for CISSP certification exam preparation, the requisite 30 CPEs needed for taking the exam, and a CISSP exam voucher. According to Payscale, a Security Operations Specialist earns an annual average of USD 80,000. Today, there is a growing shortage of cybersecurity professionals, so if you want a career that offers security and excellent compensation, visit Simplilearn and get started!