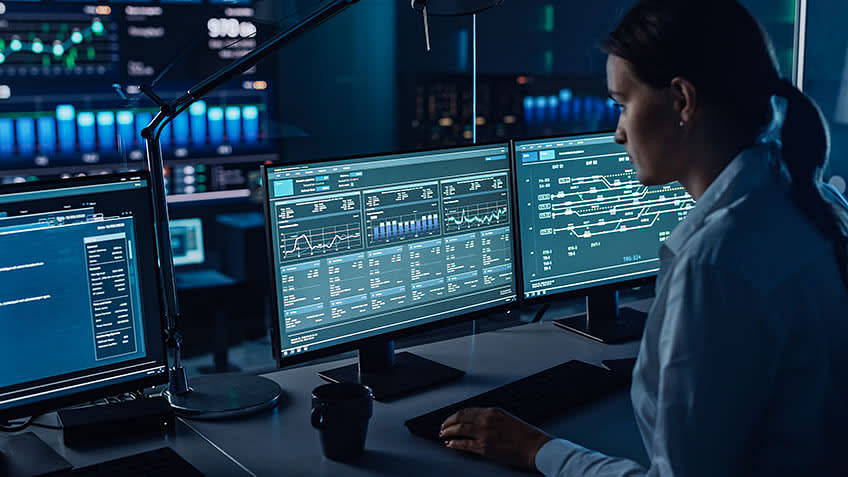 In simple terms, Hive is a data warehouse infrastructure tool that is used to process structured data in Hadoop. But is that it? There’s so much more when it comes to Hive, and in this lesson you will get an overview of the partitioning features of HIVE, which are used to improve the performance of SQL queries. You will also learn about the Hive Query Language and how it can be extended to improve query performance and so much more.

Let us begin with data storage in a single Hadoop Distributed File System.

HIVE is considered a tool of choice for performing queries on large datasets, especially those that require full table scans. HIVE has advanced partitioning features.

Data file partitioning in hive is very useful to prune data during the query, in order to reduce query times. There are many instances where users need to filter the data on specific column values.

In case of partitioned tables, subdirectories are created under the table’s data directory for each unique value of a partition column. You will learn more about the partitioning features in the subsequent sections. The following diagram explains data storage in a single Hadoop Distributed File System or HDFS directory.

Let’s begin with an example of a non-partitioned table.

Example of a Non-Partitioned Table

In non-partitioned tables, by default, all queries have to scan all files in the directory. This means that HIVE will need to read all the files in a table’s data directory. This can be a very slow and expensive process, especially when the tables are large. In the example given below, you can see that there is a State column created in HIVE.

The requirement is to convert this to a state-wise partition so that separate tables are created for separate states. The customer details are required to be partitioned by the state for fast retrieval of subset data pertaining to the customer category. Remember that you can perform the same queries in Impala as well.

In the next section, you will see an example of how this table is partitioned state-wise so that a full scan of the entire table is not required.

Example of a Partitioned Table

You can see that the state column is no longer included in the Create table definition, but it is included in the partition definition. Partitions are actually horizontal slices of data that allow larger sets of data to be separated into more manageable chunks. This essentially means that you can use partitioning in hive to store data in separate files by state, as shown in the example.

At the time of table creation, partitions are defined using the PARTITIONED BY clause, with a list of column definitions for partitioning. A partition column is a “virtual column, where data is not actually stored in the file.

In the next section, let’s understand how you can insert data into partitioned tables using Dynamic and Static Partitioning in hive.

Dynamic and Static Partitioning in hive

You will learn more about these concepts in the subsequent sections. Let’s begin with static partitioning.

In the static partitioning mode, you can insert or input the data files individually into a partition table. You can create new partitions as needed, and define the new partitions using the ADD PARTITION clause.

As you can see in the below example, you can add a partition for each new day of account data.

With dynamic partitioning in hive, partitions get created automatically at load times. New partitions can be created dynamically from existing data.

Enable the following settings to use dynamic partitioning:

Let’s take a look at some commands that are supported on Hive partitioned tables, which allow you to view and delete partitions.

You can view the partitions of a partitioned table using the SHOW command, as illustrated in the image.

To delete drop the partitions, use the ALTER command, as shown in the image.

By using the ALTER command, you can also add or change partitions.

Here are some instances when you should avoid using a partitioning:

Let us now understand what bucketing in HIVE is.

You’ve seen that partitioning gives results by segregating HIVE table data into multiple files only when there is a limited number of partitions. However, there may be instances where partitioning the tables results in a large number of partitions. This is where the concept of bucketing comes in. Bucketing is an optimization technique similar to partitioning. You can use bucketing if you need to run queries on columns that have huge data, which makes it difficult to create partitions. The Bucketing optimization technique in Hive can be shown in the following diagram.

What Do Buckets Do?

They distribute the data load into a user-defined set of clusters by calculating the hash code of the key mentioned in the query. Here is a syntax for creating a bucketing table.

In the next section, let’s look at the concept of HIVE Query Language or HIVEQL, the important principle of HIVE called extensibility, and the ways in which HIVEQL can be extended.

It’s the SQL-like query language for HIVE to process and analyze structured data in a Metastore. Below is an example of HIVEQL query.

An important principle of HIVEQL is extensibility.

HIVEQL can be extended in multiple ways:

You will learn more about user-defined functions and MapReduce scripts in the subsequent sections. User-defined types and data formats are outside the scope of the lesson.

HIVE has the ability to define a function.

To convert any value to Celsius:

To converts any string to hash code:

Here, A hash code is a number generated from any object. It allows objects to be stored/retrieved quickly in a hash table.

To transform already created database by the overriding method when you need to insert a new column:

Now let us understand a code to extend the user-defined function.

Here is a code that you can use to extend the user-defined function.

After compiling the UDF, you must include it in the HIVE classpath. Here is a code that you can use to register the class.

Writing the functions in JavaScript creates its own UDF. HIVE also provides some inbuilt functions that can be used to avoid own UDFs from being created.

Writing the functions in JAVA scripts creates its own UDF. Hive also provides some inbuilt functions that can be used to avoid own UDFs from being created.

These include Mathematical, Collection, Type conversion, Date, Conditional, and String. Let’s look at the examples provided for each built-in function.

Let’s look at some other functions in HIVE, such as the aggregate function and the table-generating function.

Aggregate functions create the output if the full set of data is given. The implementation of these functions is complex compared with that of the UDF. The user should implement a few more methods, however, the format is similar to UDF.

Shown here is a lateral view that is used in conjunction with table generating functions.

An SQL script in lateral view is:

A lateral view with exploding can be used to convert the adid underscore list into separate rows using the given query.

Let’s take a look at the MapReduce Scripts that help extend the HIVEQL.

MapReduce scripts are written in scripting languages such as Python. Users can plug in their own custom mappers and reducers in the data stream. To run a custom mapper script and reducer script, the user can issue a command that uses the TRANSFORM clause to embed the mapper and the reducer scripts. Look at the script shown in below.

Here the key-value pairs will be transformed to STRING and delimited by TAB before feeding to the user script by default.

Here’s what we have learned so far:

Introduction to Big Data and Hadoop