HomeResourcesSoftware DevelopmentHow to Open a File in Python: Everything You Need to Know

How to Open a File in Python: Everything You Need to Know 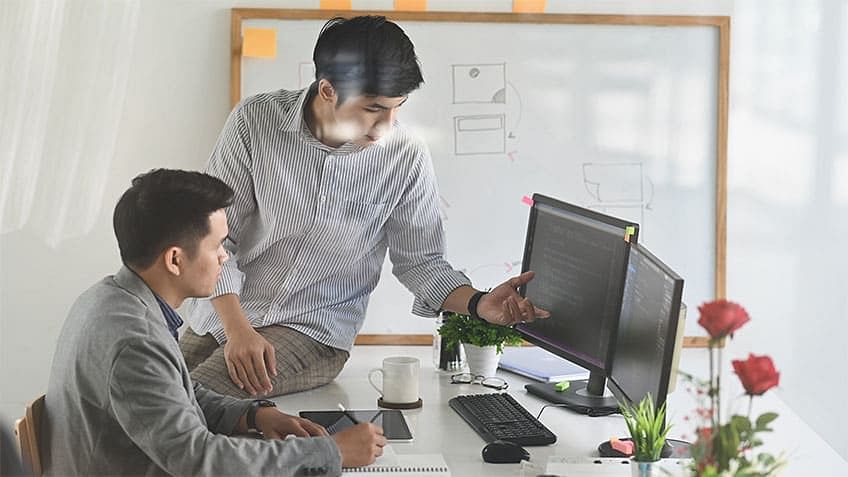 Working with files is one of the most frequent operations that programmers have to perform, especially when there’s a lot of data-centric operations involved. Fiddling around with files such as text files, binary scripts, excel sheets, and so on, are some of the common use-cases. While there are advanced libraries to work with Excel sheets and CSV files that contain a huge amount of data, if you want to work with files that contain relatively lesser data, you can simply use one of the many built-in methods provided by Python to work with files.

In this article, you will learn how to open a file in Python. But before you move on to explore these methods, you need to understand the different types of files that Python allows you to work with, and the modes that can be used to access them. So with no further ado, let’s get started.

Predominantly, Python allows you to work with the following two types of files. The first one is a plain and simple text file that you use on a day-to-day basis, and the second one is a binary file that is only machine-understandable, consisting of 0s and 1s.

As discussed earlier, you might want to work with files and manipulate them within a Python script. Suppose you want to use a particular set of data stored in a text file and you need to perform some operations on it or filter it. In such a case, it will require you to first open the file, make the required changes or simply access the data, and close it. This is exactly how you would do it using GUI file managers. And the same is the case with Python statements.

Python has an in-built method called open() which allows you to open files and create a file object. The general syntax of the open() method is -

FileObject = open(r"Name of the File", "Mode of Access and file type")

You don’t need to import a package or a library to use this method. There are two parameters that you need to provide along with the command.

Here, you need to define what mode of access you want to give to the file and what type of file you want to open. Python allows you to read, write, and append to a file. The letters r, w, and a. denote these Along with that, you can provide the type of file. For a text file, you can include the letter ‘t’ and for a binary file, you can include the letter ‘b’. If you don’t provide the file type, by default, it understands that you have provided a text file. Hence, if you want to give write access to a binary file, the parameter will be “wb”.

Apart from that, there are different variations of each mode as well. Let’s discuss all of them.

Here, you have created two file objects for the same file. The first one is directly using the file name. This won’t throw an error because the text file and the Python script are in the same directory. The next one is by providing the file path. You need to use the r character in the beginning so that the interpreter reads the path as raw string.

Let’s use the open method with different access modes.

Let’s try to read the contents of a file into a file object and print it.

Here, you have used the open method and provided the name of the file along with the read access mode. Next, you have invoked the read() method on the file object and printed its content. Then, you closed the file object to avoid wastage of memory and resources.

You can write to a file using two different methods - write() and writelines(). The write() method simply writes a single string as a new line. The writelines method takes a list of strings and writes them into the file. Let’s see an example for both of them.

Here, you saw the creation of a list of strings and a simple string. First, you opened a file object in write mode and used the write method to write the simple string into the file, and then closed it using the close method on the file object. Then, you opened the file object in read mode and printed the contents that you just wrote using the write method, and closed the object again. You did the same for the writelines method next. Let’s check out the output of the program.

To create a cleaner, intuitive, and efficient code, you can use the ‘with statement’. If you use a with statement, you don’t need to close the file object. It automatically takes care of the resource allotment and frees up space and resources once you move out of the with block. The general syntax is -

To sum up, in this article you saw how to open a file in Python and why there would be a need to do so, in the first place. You skimmed through the different types of files, access modes, and how to open the file using the open() in-built method. You also saw how to use the read, write, and append modes, and in the end, you explored how to leverage the ‘with statement’ to create a more efficient and readable code.

If you are looking to master the python language and become an expert Python developer, Simplilearn’s Python Certification Course is ideal for you. Delivered by world-class instructors, this comprehensive certification course will not only cover the basics of Python, but give you in-depth expertise in key areas such as implementing conditional statements, handling data operations, Django, and shell scripting.

Have any questions for us on this How to open a file in Python article? If yes, leave them in the comments section of this article, and our experts will get back to you at the earliest!