What All Companies Can Learn from Sephora’s AI Transformation 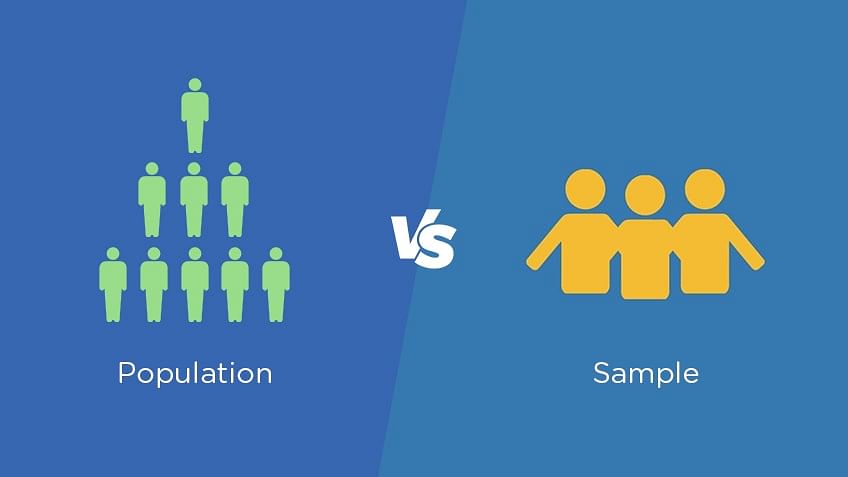 In statistics, data plays an essential role in deciding the validity of the outcome. The data being used must be relevant, correct, and representative of all classes. While more data is good to get impartial results, it is crucial to make sure that the data collected is suitable for the problem at hand.

Population refers to the entire group of individuals about whom you wish to draw conclusions. The sample refers to the group of people from which you will be collecting data.

In statistics, population is the entire set of items from which you draw data for a statistical study. It can be a group of individuals, a set of items, etc. It makes up the data pool for a study.

For the above situation, it is easy to collect data. The population is small and willing to provide data and can be contacted. The data collected will be complete and reliable.

If you had to collect the same data from a larger population, say the entire country of India, it would be impossible to draw reliable conclusions because of geographical and accessibility constraints, not to mention time and resource constraints. A lot of data would be missing or might be unreliable. Furthermore, due to accessibility issues, marginalized tribes or villages might not provide data at all, making the data biased towards certain regions or groups.

What is a Sample?

A sample is defined as a smaller and more manageable representation of a larger group. A subset of a larger population that contains characteristics of that population. A sample is used in statistical testing when the population size is too large for all members or observations to be included in the test.

The sample is an unbiased subset of the population that best represents the whole data.

To overcome the restraints of a population, you can sometimes collect data from a subset of your population and then consider it as the general norm. You collect the subset information from the groups who have taken part in the study, making the data reliable. The results obtained for different groups who took part in the study can be extrapolated to generalize for the population.

The process of collecting data from a small subsection of the population and then using it to generalize over the entire set is called Sampling.

Samples are used when :

A sample should generally :

Say you are looking for a job in the IT sector, so you search online for IT jobs. The first search result would be for jobs all around the world. But you want to work in India, so you search for IT jobs in India. This would be your population. It would be impossible to go through and apply for all positions in the listing. So you consider the top 30 jobs you are qualified for and satisfied with and apply for those. This is your sample.

Differences Between Population and Sample

Now, try to understand what a sample and a population are, with the help of suitable examples.

How to Collect Data From a Population?

An example of data collection over a small population is the analysis of the end-of-the-year marks. The schools need to collect the marks of all students and analyze their student's overall performance. As they only need to do it for the students in their school, they can use the entire population set.

Now consider the census data collection, which takes place every 10 years. The government news is to count all the people living in India. However, rural areas and tribal villages might not be accessible by the census agents, leading to marginalized communities being left out. The data collected from the census is used to allocate resources, so this negatively affects these communities.

How to Collect Data From a Sample?

Samples are used when the population is large, scattered, or if it's hard to collect data on individual instances within it. You can then use a small sample of the population to make overall hypotheses.

Samples should be randomly selected and should represent the entire population and every class within it. To ensure this, statistical methods such as probability sampling, are used to collect random samples from every class within the population. This will reduce sampling bias and increase validity.

Consider the polls conducted during election season to gauge the public support for various political parties all over the nation. It is impossible to ask millions of voters who their preferred candidate is, so they collect the opinions of a few hundred or thousand people from different sectors of the voting population.

That was all about population vs. sample.

We hope this helped you understand what population and sample mean in statistics. To learn more about statistics and machine learning, check out Simplilearn’s Machine Learning Certification Course or Machine Learning Bootcamp. If you have any questions or doubts, mention them in this tutorial’s comments section, and we'll have our experts answer them for you at the earliest!