Lesson 28 of 33By Avijeet Biswal 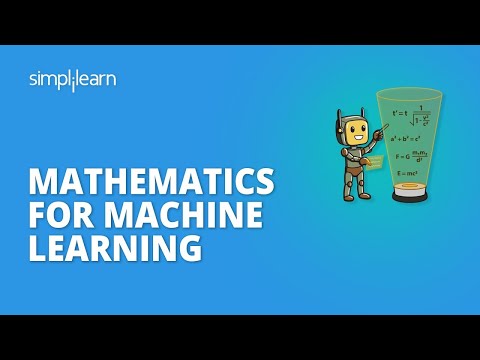 Statistics is a core component of data analytics and machine learning. It helps you analyze and visualize data to find unseen patterns. If you are interested in machine learning and want to grow your career in it, then learning statistics along with programming should be the first step. In this article, you will learn all the concepts in statistics for machine learning.

Use of Statistics in Machine Learning

With this basic understanding, it’s time to dive deep into learning all the crucial concepts related to statistics for machine learning.

In statistics, the population comprises all observations (data points) about the subject under study.

An example of a population is studying the voters in an election. In the 2019 Lok Sabha elections, nearly 900 million voters were eligible to vote in 543 constituencies.

In statistics, a sample is a subset of the population. It is a small portion of the total observed population.

An example of a sample is analyzing the first-time voters for an opinion poll.

The arithmetic mean is the average of all the data points.

If there are n number of observations and xi is the ith observation, then mean is:

Consider the data frame below that has the names of seven employees and their salaries.

To find the mean or the average salary of the employees, you can use the mean() functions in Python.

Median is the middle value that divides the data into two equal parts once it sorts the data in ascending order.

If the total number of data points (n) is odd, the median is the value at position (n+1)/2.

The mode is the observation (value) that occurs most frequently in the data set. There can be over one mode in a dataset.

Given below are the heights of students (in cm) in a class:

The mode salary from the data frame can be calculated as:

Variance is used to measure the variability in the data from the mean.

Consider the below dataset.

To calculate the variance of the Grade, use the following:

You can find the standard deviation using the std() function in Python.

The Range in statistics is the difference between the maximum and the minimum value of the dataset.

The IQR is a measure of the distance between the 1st quartile (Q1) and 3rd quartile (Q3).

Kurtosis in statistics is used to check whether the tails of a given distribution have extreme values. It also represents the shape of a probability distribution.

In statistics and probability, Gaussian (normal) distribution is a popular continuous probability distribution for any random variable. It is characterized by 2 parameters (mean μ and standard deviation σ). Many natural phenomena follow a normal distribution, such as the heights of people and IQ scores.

According to the central limit theorem, given a population with mean as μ and standard deviation as σ, if you take large random samples from the population, then the distribution of the sample means will be roughly normally distributed, irrespective of the original population distribution.

Rule of Thumb: For the central limit theorem to hold true, the sample size should be greater than or equal to 30.

Now, you will learn a very critical concept in statistics for machine learning, i.e., Hypothesis testing.

Hypothesis testing is a statistical analysis to make decisions using experimental data. It allows you to statistically back up some findings you have made in looking at the data. In hypothesis testing, you make a claim and the claim is usually about population parameters such as mean, median, standard deviation, etc.

Hypothesis testing lets you decide to either reject or retain a null hypothesis.

Example: H0: The average BMI of boys and girls in a class is the same

H1: The average BMI of boys and girls in a class is not the same

To determine whether a finding is statistically significant, you need to interpret the p-value. It is common to compare the p-value to a threshold value called the significance level.

Some popular hypothesis tests are:

Statistics is a core component of machine learning. It helps you draw meaningful conclusions by analyzing raw data. In this article on Statistics for Machine Learning, you covered all the critical concepts that are widely used to make sense of data.