What is Statistical Modeling? 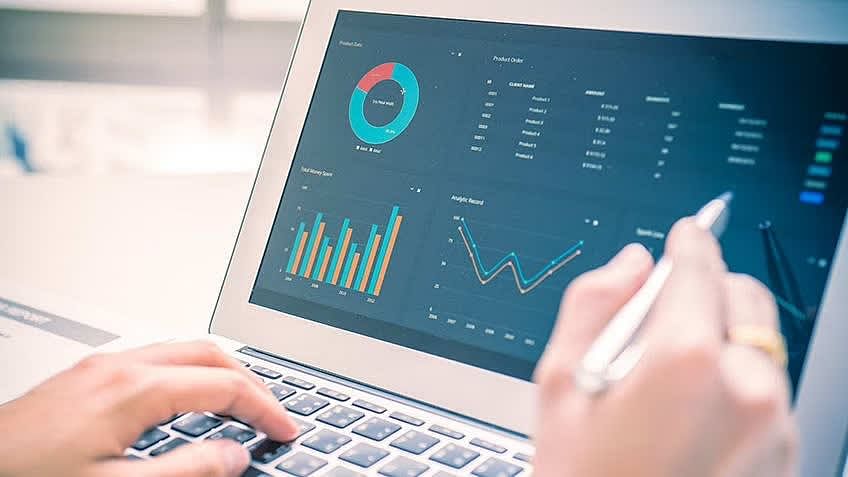 If you want to pursue a profession in the field of statistics, you must first learn about statistics. From the same vantage point, statistical modeling will be a clear requirement. It assists you in gathering the necessary data, doing the proper analysis, and properly presenting the results with statistical understanding. Statistical modeling allows you to readily make scientific discoveries, data-driven judgments, and forecasts.

Moreover, this will provide you with a clear, in-depth understanding of any idea from any subject. Statistical analysts use data to understand and manage typical challenges while avoiding incorrect judgments. Given the importance of data-driven judgments and views, it is vital to assess the quality of the analysis presented to you.

Statistics are more than simply numbers and facts. Instead, it is a body of knowledge and techniques that allow you to consistently learn from data. Based on quantitative facts, statistical modeling may help you distinguish between reasonable and doubtful findings. Statisticians' analyses and forecasts are quite reliable. A statistician can assist investigators in avoiding numerous analytical pitfalls.

Linear regression is based on using linear equations to represent a connection between two variables, one of which is dependent and the other independent. It is classified into two categories, as follows:

Discriminant Analysis: A priori refers to two or more clusters (populations) in this analysis, and the fresh set of data is sorted into one of the known clusters based on calculated characteristics. As a result, the Bayes theorem is applied to pitch each of the response classes in terms of likelihoods for the response class given the values of "X."

The predictor space is divided into simple sections in a tree-based technique. The decision-tree approach derives its name from the fact that the set of splitting rules may be described in a tree. This method may be applied to both regression and classification situations. This technique employs a variety of methodologies, including bagging, boosting, and the random forest algorithm.

Resampling methods are adaptable and user-friendly. They frequently outperform non-parametric approaches in terms of power, and they approach and occasionally exceed, the power of parametric methods. Randomization, Monte Carlo, bootstrap, and jackknife are the four basic forms of resampling procedures. These approaches may be used to construct confidence ranges for a parameter estimate based on the distribution of a statistic based on our data. They may also be used to produce p-values or critical values by constructing the distribution of a statistic based on a null hypothesis.

The observed data is modelled using a non-linear combination of model parameters that is dependent on one or more independent factors. The data is then fitted using a sequential approximation approach.

How to Build Statistical Models

Model building—choosing predictors—is one of the most challenging statistics skills to teach. It's difficult to spell down the processes since, at each step, you must analyse the situation and decide on the next move. It's considerably easier if you're running simply predictive models and don't care about the connections between the variables. Proceed with the stepwise regression model. Allow the facts to make the best forecast for you. But if the goal is to answer a study question on relationships, you'll have to get your hands dirty.

The initial step will be to select the statistical model that best meets your needs. You must first decide if you want to handle a specific inquiry or predict based on a large number of factors. Consider how many explanatory and dependent variables are accessible. How many variables do you need to include in the model? What is the relationship between dependent variables and explanatory variables?

Once you've decided on a statistical model, begin with descriptive statistics and graphics. Visualizing the data will assist you in identifying mistakes, and understanding variables and their behaviour. Build predictors to examine how related variables interact and what happens when datasets are merged.

It is critical that you grasp the link between the prospective predictors and their association with the results. You must keep a proper record of outcomes, with or without control variables, for this. You may also delete non-significant variables at the start while keeping all variables in the model.

You can keep key research questions in mind while analysing existing correlations between variables and testing and classifying every prospective predictor.

Data may be collected, organised, analysed, interpreted, and designed using statistical modeling software. This programme has data visualisation, modeling, and mining features that aid in the automation of the entire process.

A machine learning algorithm is one that can learn from data without the need of rules-based programming. Statistical Modeling, on the other hand, is the formalisation of connections between variables in the form of mathematical equations.

While statistical models are meant to discover and explain the correlations between variables, ML models are designed to make accurate predictions without the use of explicit programming. Although certain statistical models may generate predictions, their accuracy is typically subpar because they cannot capture complicated data interactions. On the other hand, while ML models can make better predictions, they are more difficult to comprehend and explain.

Machine Learning is a branch of computer science and artificial intelligence concerned with the development of systems that can learn from data rather than explicitly written instructions. Again, statistical modeling is a branch of mathematics that works with determining relationships between variables in order to predict a result.

Data-driven models are statistical models that require fitting response variables with other data using various curves and approaches. Examples include linear, exponential, multivariate models, gam, and glm. Unlike mathematical models, which are founded on physics and are frequently referred to as a first principle approach. Differential equations, in general, describe the system.

Statistical models are non-deterministic, which means that the outputs are not totally defined by requirements, hence the same input might generate different results for successive runs. If the beginning and boundary conditions are the same, the mathematical models are deterministic and will always give the same outcome.

When to Use Statistical Modeling?

Statistical models have a wide range of applications in data science, machine learning, engineering, and operations research. These models have a wide range of real-world applications. The first one is spatial modeling. It collaborates with a graphical information system (GIS) to construct a link between processes and attributes in geographical space.

Survival analysis also uses statistical models to determine the time span over which a set of events happens. Survival analysis is sometimes known as reliability analysis, duration modeling, or event history analysis, depending on the field of research. These models are used to forecast the time to event (TTE). Survival analysis, for example, provides answers to issues such as how long it takes to discharge the first round after acquiring a pistol. The next use of this is time series analysis.

1. What is meant by statistical modeling?

2. What is statistical modeling with examples?

3. What is the purpose of statistical modeling?

The goal of statistical modeling is to gather sample data and make predictions about the real world. It enables data scientists to see the correlations between random variables and analyse information strategically.

4. How do I know what statistical model to use?

The form of the connections between the dependent and explanatory variables can also help influence the selection of a statistical model.

5. What is the difference between a statistical model and a mathematical model?

Statistical models are non-deterministic, which means that the outputs are not totally defined by requirements, hence the same input might generate different results for successive runs. If the beginning and boundary conditions are the same, the mathematical models are deterministic and will always give the same outcome.

Simplilearn's Professional Certificate Program in Data Science in partnership with Purdue University and in collaboration with IBM, is ranked #1 Post Graduate in Data Science program by ET. If you wish to ace data science, this program is just the one for you!

If Statitical Modeling excites you, then you might be the perfect candidate for becoming a Data Scientist. These people play an important role in understanding the different trends and predicting future events. Learn more about Statistical Modeling and other Data Scientist topics in Simplilearn’s Professional Certificate Program In Data Science Program.

Designed in collaboration with with Purdue University & IBM, this is a fantastic program to help guide you and teach you  job-critical topics like R, Python, Machine Learning techniques, NLP notions, and Data Visualization with Tableau.