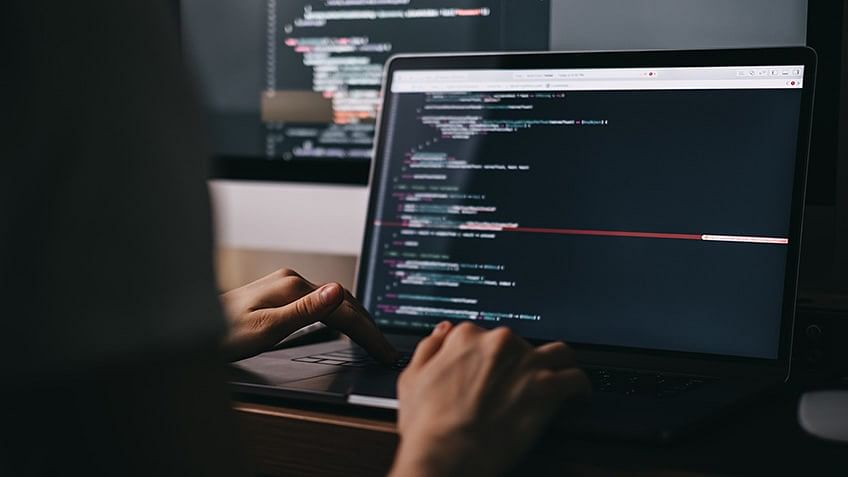 Python has a variety of libraries, but these four stand out, especially in terms of GUI.

Tkinter is the first option for a lot of learners and developers because it is quick and convenient to use. Tkinter is a Python library that can be used to construct basic graphical user interface (GUI) applications. In Python, it is the most widely used module for GUI applications.

Next up, let’s get started with Tkinter.

To start building your application Tkinter, the first step is to install the Tkinter module in the python shell.

The above code will open a window like the one given below. Please note that the appearance of the window will depend on your operating system.

Before adding a widget, let’s rename the window title to GUI. You can do this by adding the window.title and give the name that you want the title to be.

Some widgets available in Tkinter are given below:

Label widgets are used to add text or images to the window. As we saw in the last example, we can add a label widget by creating the Label class. To add a text to the widget, we pass a string to the text parameter.

By default, the colour of the text and background is set as black and white respectively, but you can change the same by adding more parameters such as the background to give the color of your choice.

Now, as you can see here, the text appears in the default color i.e black and since we changed the black color, it appears in red.

The button widgets are used to create clickable buttons. It is very similar to the label widget. In this section, we will only look at how to style the buttons and not the functioning of the buttons.

The entry class here will create a text box in the window, where the user can input any text.

As you can see here, we have entered the text as Python in the text field created by the entry class.

Text widgets work similarly as entry widgets. But the major difference is that in a text widget, we can enter the input in multiple lines unlike in the entry widget.

We create a Text and .pack() widget to get the text field displayed in the window.

When we use the Text class, the whole window acts as a text field, and we can write the input in whatever form we like, in multiple lines or a paragraph.

A frame is a rectangular area that can contain other widgets in Tkinter. It is used to organize complex layouts and does not have any special styling of its own.

In the example below, we create two frames, and further, in each frame we created a label widget, containing some text.

In the code above, we called frame_a first, therefore its text appears first, but if we reverse the order in which they are called, the output will also be reversed.

All Tkinter widgets have certain geometry dimensions. These geometry measurements allow you to arrange the widgets and parent frames or parent widget space.

pack(): It organizes the widgets in a block-like fashion, taking up the whole available width. It's a standard way of displaying widgets in the browser.

grid(): This function arranges the widgets in a table-like arrangement.

place(): Its function is to place the widgets as specified by the user in the parent widget.

Now, let us look at each of these classes in detail.

The pack() approach primarily implements a packaging algorithm to arrange widgets in a Frame or window in a certain order.

This approach is defined as used to arrange widgets in a block.

This algorithm will first compute a rectangular area known as a Parcel that is tall (or wide) enough to hold the widget, and then it will fill the remaining width (or height) in the window with blank space.

Unless a separate position is defined, it will focus on the widget.

As you can see here, the different frames have been arranged in the decreasing order of their height and width, and also the order of their method calling.

The place() Geometry Manager organizes widgets so that they can be placed in a given location as specified by the programmer.

As a result, the center (where x and y are all 0) is the top-left corner of the Frame or window.

The grid() geometry manager arranges widgets in a tabular fashion. In the method call, we can define the rows and columns as choices. A widget's column-span (width) or row-span (height) may also be defined.

This is a more streamlined method of adding widgets to a Python program.

To begin the event loop, you must call the window.mainloop() when you build a Tkinter program. During the incident loop, the application determines whether or not an occurrence has happened. If this is the case, any code can be executed in response.

Tkinter has an event loop, so you don't have to write any code to search for events yourself. You must, therefore, write the code that will be executed in response to an occurrence. For the events that you use in your program, you write functions called event handlers in Tkinter.

Every Button widget has a command attribute that can be used to add a feature to it. The operation is performed once the button is pushed.

That was all about the Tkinter module in python, and now by learning these basics you are able to create your first application using Tkinter.

You should also step up your Python game, and gain proficiency in this raging programming language, by enrolling in Simplilearn’s Python Certification Course today!

And if you have any doubts, feel free to drop them in the comments section and our experts will help you out.

Queue in Python: Working With Queue Data Structure in Python