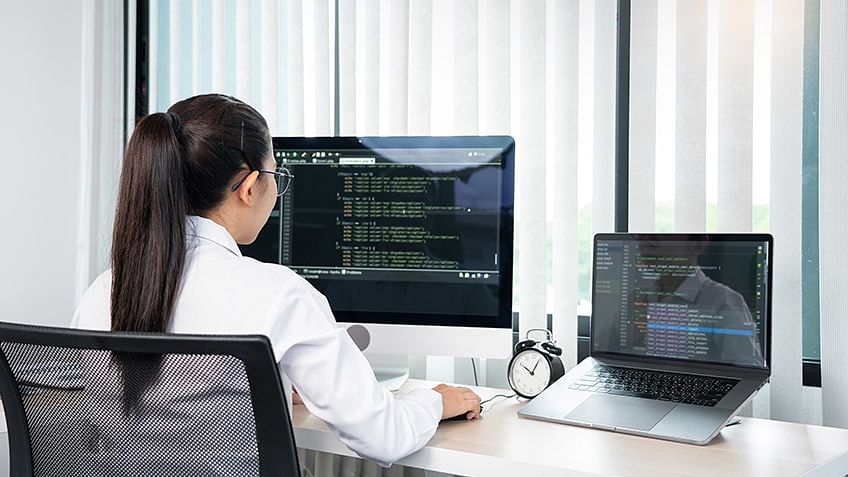 It's rather typical for websites to return JSON via APIs so that the data may be parsed easily by various computer languages. Python Json text is read as a quoted string, which contains the value in the key-value mapping. It becomes a dictionary object in Python once it has been parsed. For encoding and decoding JSON data, Python has a built-in library named json. You must first import the json library before you can deal with json python files.

What Is the Purpose Behind JSON?

Serialization is the method for translating python to JSON. The term 'serialization' refers to the process of converting data into a sequence of bytes (therefore serial) for storage. Because JSON may be read by other languages, Python-specific objects are transformed to a standard JSON format. When storing data in JSON format, for example, a list and a tuple, which are python-specific, are converted to arrays. A JSON object is similarly imported and parsed as a Python dict.

But why store it as a 'dict' in the first place? Because the python 'dict' has a structure that is quite similar to that of a JSON, it can contain other sorts of data structures such as lists, tuples, and even other dicts. The table below shows how various Python data types are stored when translated to JSON.

Can You Convert Python dict to JSON?

What is the best way to convert a Python dict to JSON? This can be done with the json.dump() and json.dumps() functions. The distinction is that 'json.dumps()' converts a 'dict' to a string format, whereas 'json.dump()' stores it to a JSON file on disc storage. The dictionary must be given as a required argument to both functions.

Let's start with the dumps() function. Following this translation, Python objects are transformed to JSON.

To convert a Python object to a JSON string, use this function. Keep in mind that the s in dumps() stands for string. It's simple to remember. First, I'm going to make a data dictionary in Python. Then, using the dumps() method, convert this dictionary to JSON format.

The dictionary will be converted to a JSON string and saved in a file using Json.dump(). Let's make a file called dump.json with Python's context manager, open it in writing mode, and dump the dictionary into it. If you do this, a file named dump.json containing the JSON string of our dictionary will be downloaded to the location where you launched the python file. In the same way that the dumps() function uses indent and sort keys, the dump() function does as well.

What Does Deserializing Mean in JSON?

By modifying the line to print(person['firstName']), you may access each key separately. Similar to dump() and dumps(), there is a function called loads that does the same thing ().

How Can We Encode Complex Numbers Into JSON?

Encoding is the process of transforming text or values into an encrypted format that can only be decoded by the intended user aka python json encode. In general, we can't communicate a complex number over JSON; if we do, we get the error YTypeError: Object of type'complex' is not JSON serializable.

RFC 7159 and ECMA-404 both define the JSON format. This section describes how well this module adheres to the RFC. Subclasses of JSONEncoder and JSONDecoder, as well as parameters not explicitly mentioned, are ignored for simplicity. This module does not strictly follow the RFC, as it includes several extensions that are valid JavaScript but not JSON. Specifically:

Limits on: may be imposed by some JSON deserializer implementations.

This module imposes no such restrictions beyond those imposed by the appropriate Python datatypes or the Python interpreter.

Be aware of any limits in programs that may consume your JSON while serializing to JSON. JSON numbers are frequently deserialized into IEEE 754 double-precision numbers, exposing them to the range and precision constraints of that encoding. This is particularly important when serializing Python int values of extremely high magnitudes or instances of "exotic" numerical types like decimal. Decimal.

For all of your Python needs, you may now use the true power of JSON. Your use case will determine what you do with your data once it has been loaded into memory. In general, your goal will be to collect data from a source, extract important information, and transmit that information along to others or keep a record of it.

Simplilearn’s comprehensive Python Training Course will teach you the basics of Python, data operations, conditional statements, shell scripting, and Django. This Python certification course will give you hands-on development experience and prepare you for an exciting career as a professional Python programmer.