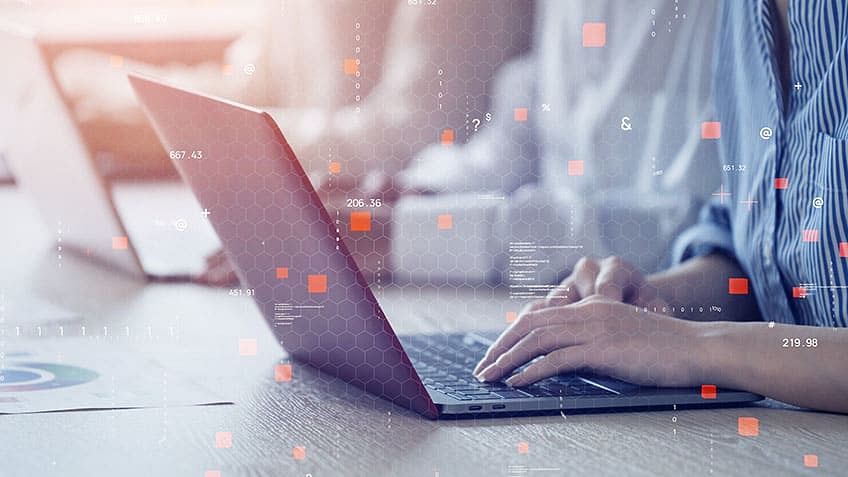 Syntax of the Randint Python Function

As you can see in the syntax, the Python randint() function accepts two parameters, which are:

The randint Python function returns a randomly generated integer from the specified range, with both inclusive parameters.

Example: Demonstrating the Use of Randint Python Function

Here, you need to first import the random module in the above code, and then use the randint Python function to generate a random integer from 0 to 5.

Note: Your output may vary as a random integer is selected and returned by the randint() function.

What Errors and Exceptions Can Occur While Using Randint in Python?

The Python randint() function can throw the following two errors:

In the code below, you will try passing a floating-point value as a parameter to get the ValueError while compiling the program.

As you passed a floating-point value as the second (end) parameter, you got a ValueError while running the code.

In the code below, you will try passing a string value as a parameter to get the TypeError while compiling the program intentionally.

As you can see in the output, this demo got a TypeError saying ‘can only concatenate str (not “int”) to str’ as you passed string values instead of integers.

What are the Applications of Randint Python Function?

Since the Python randint() function generates a pseudo-random integer, it is usually helpful in gaming and lottery applications. For instance, let’s say a participant gets three chances to guess the following random number generated within a range. If the person gets it correct within the three attempts, he wins, or else loses. Let’s simulate this situation using the randint Python function in the example below.

Example: Creating a Lucky Draw Game with the randint() Function

In the below code, you will generate a random number between 1 and 20 three times. You will then accept input from the user and check if the guess is correct and wins. Let’s begin with our example.

# Function to take input from user and show results

# defining the number of

# guesses the user gets

# checking if the guess is correct

# setting flagship 1 for correct guess to

Well, as it is evident, you could not get it correct in the first game. But in the second game, you hit the bull’s eye in the very first attempt. Copy-paste the code in any Python compiler, and you too can enjoy the game. You can compete with your friends and family members, and make a day out of it.

What Happens in Case of Multiple randint() Method Call?

You have seen that when you call the randint Python function; it generates and returns a random integer from the specified range. But what if you call it multiple times? Can it return the same value twice? If not, what happens if the number of calls is more than the available range of values? Let’s get all these queries answered.

In this example, you will keep the available range larger. Let’s see the output.

As you can see in the output, the randint() function could still give different random values. Now, let’s cut short the available range and see what happens.

Since the range was shorter and the number of calls was still 5, the randint Python function gave a repeated value: 5. Thus, the randint() function can provide the same number twice or even more times. There are also chances that you might get a repeated value, even if the available range is more extensive.

In this article, you learned everything about the randint Python function. You also learned something fun, which was creating a lucky draw game that you can enjoy in your free time. You can also tweak that code to make it a bit more complex for a bigger lucky draw game.

It is fascinating to see how one can do so much with Python programming. If you want to learn more about Python’s concepts, you can refer to Simplilearn’s Python Tutorial for Beginners. The tutorial is dedicated to newbies to help them get acquainted with Python’s basics. Once you are done with the basics, you can opt for our Online Python Certification Course to learn the advanced concepts and excel in Python development.

Have any questions for us? Leave them in the comments section, and our experts will answer them for you ASAP!