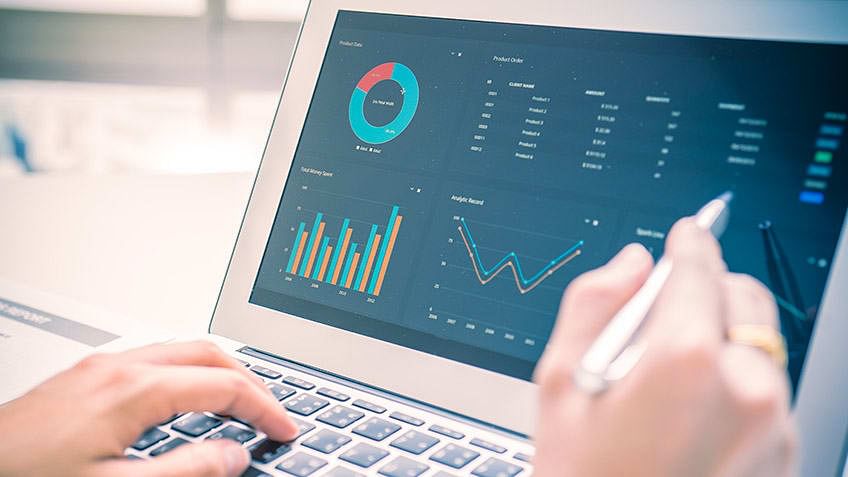 Statistical Analysis System (SAS) is one of the most advanced software systems for report writing and data analysis. In simple terms, SAS is a group of programs designed to work together and store data values. You can retrieve these data values, modify them, compute complex or straightforward statistical analysis, and create reports.

In this article, we will talk about SAS linear regression in detail.

Use of SAS Linear Regression

After this process, a set of tests are performed to determine if the model proposed is correct or not. If the model is as per the requirement, you can use the estimated regression equation to predict the value of the dependent variable in accordance with the values for the independent variables.

The syntax for SAS Linear Regression is:

Here’s an example that explains the use of SAS Linear Regression:

How to Perform SAS Linear Regression

PROC REG procedure returns the most crucial parameters and statistics, and for this, it becomes the most straightforward method to program.

Here are the steps you must follow to perform SAS linear regression with PROC REG:

When you utilize PROC REG to create a linear model, SAS makes a report containing the analysis of variance, parameter estimates, and scatter plots and histograms.

How to Run a Simple Linear Regression With SAS Studio?

Following are the steps to run a simple linear regression with SAS Studio:

Note: You could have selected more than one variable, but as we are heading to a simple linear regression, hence, we will choose less than two variables.

Since we are done with selecting independent and dependent variables, you can run or operate the respective model. You perform the above step by pressing the F3 Or Run button.

The Results tab shows the regression result of the model and shows several graphs and tables. These graphs and tables are used to calculate the model's parameters. And to cross-check all resumption of the linear model.

As earlier stated, you are supposed to write a single code so that it can run the simple linear regression. Check the Code tab if you are interested in SAS code. Here, you will find the code being created on its own, i.e., automatically.

Other Statistical Procedure (make this a listicle where you can discuss arithmetic mean, standard deviation, etc.)

Arithmetic means - The most frequent and straightforward central tendency is the mean. The value generated by reducing the total of observations by the number of comments information in the data set is the mean, and the symbol x symbolizes it. The arithmetic mean, often known as the mean or average value, is the result of adding two numbers or factors and dividing them by the total of figures or elements afterward.

Data science is a fantastic professional path with a lot of room for progress in the future. Demand is already strong, earnings are competitive, and benefits are plentiful. The Data Science Master’s Course provided by Simplilearn will help enthusiastic individuals pursue a brighter career in the sector. This IBM-sponsored Data Scientist course includes unique IBM hackathons, masterclasses, and Ask-Me-Anything sessions.